I’m assuming that GeekMom’s readers already know about astronaut Chris Hadfield. If you don’t, you really should! As aforementioned, he is an astronaut, but his name to fame with the population at large is probably the countless viral photographs and videos he’s shared from his multiple trips to the International Space Station. Now Hadfield has a brand new photography book out, You Are Here: Around the World in 92 Minutes.

The ISS completes an orbit around our planet every 92 minutes, hence the title of this book. Split up by continent, the book travels around the world with photographs taken by Hadfield from the ISS. These are brand new pictures, not the same ones you might have already seen on Twitter. Hadfield himself cherry-picked some 150 photos out of the many thousands he took from space. In an interview with podcast Probably Science (explicit), Hadfield explained he picked the photos he thought told a story about our world. From down here on the surface, it’s so easy to lose perspective and feel no connection to someone half-way across the globe. However, when you see a view of Earth as a single entity from your space station, it becomes so much more obvious that we’re all sharing one world. We’re all in this together, and that’s the story Hadfield wanted to share.

Commentary by Hadfield complements the images. All photos or group of photos get an accompanying paragraph containing an explanation of what you’re seeing, along with an interesting tidbit to go with it—something about the geography of the area, and perhaps how it was formed. Some of the comments are serious, some are silly, some lean on the philosophical. For example, from the book:

“A big gush of orange or pink in the ocean is almost always a sign that something has changed dramatically upstream. In Madagascar, it’s evidence of extensive deforestation: large swaths have been cut through the rainforests and coastal mangroves. Now when it rains, there’s nothing to stop red topsoil from tumbling into rivers like the Tsiribihina on the island’s west coast, dyeing them an improbably shade of coral and clogging their mouths with sediment.”

The book is incredibly well designed, with a visually interesting mix of typography and layouts. The pages are thick quality paper, featuring many full bleed single-page and two-page spread photos. It is sure to capture the attention of adults and kids, and evoke a sense of wonder about our beautiful but slightly banged up rock we call home. 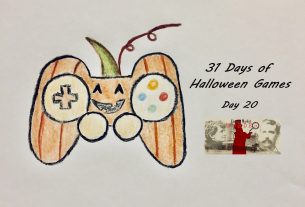 1 thought on “You Are Here: A New Book From Astronaut Chris Hadfield”