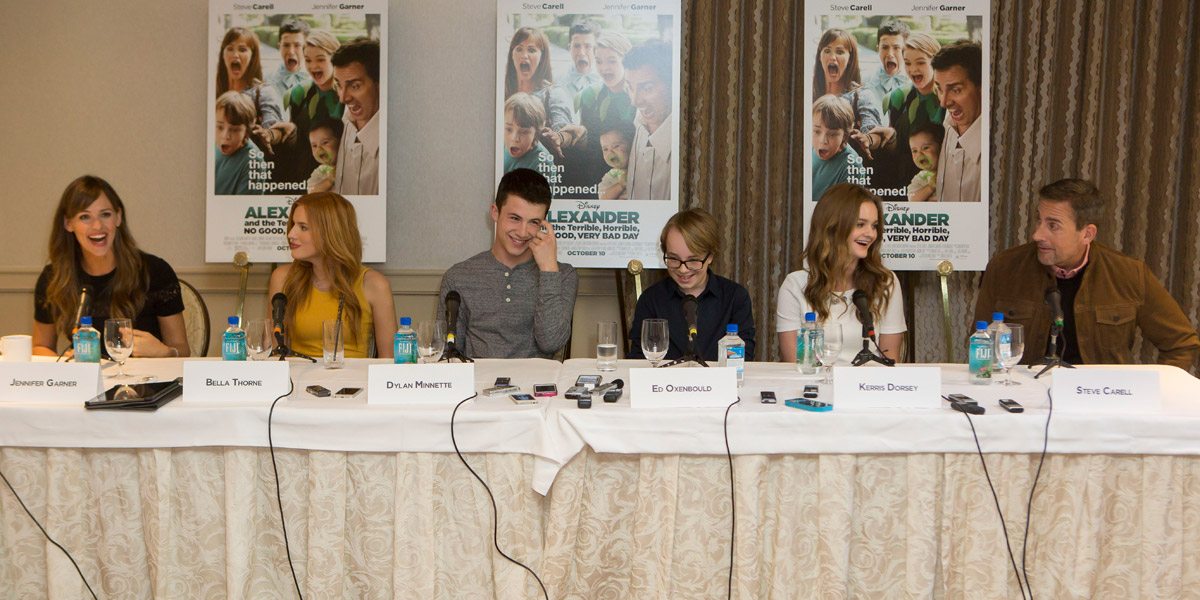 The cast and producers of Alexander and the Terrible, Horrible, No Good, Very Bad Day assembled at the Four Seasons in Beverly Hills last week to discuss their film. Director Miguel Arteta, Producers Dan Levine and Lisa Henson and Writer Rob Lieber spoke to the assembled first, followed by a second panel in which actors Steve Carell, Jennifer Garner, Dylan Minnette, Kerris Dorsey, Ed Oxenbould and Bella Thorne answered questions about their work on the film.

Alexander is based on a very short 32-page book written in 1972, which creates a couple of obvious challenges for filmmakers attempting a 21st century adaptation. Rob Lieber acknowledged as much, saying that what he attempted to capture from the book was “just the feel and charm of it.” The first part of the film recounts the events of the book, as Alexander has his very bad day and receives very little sympathy from his family; the next day, he gets to see things from another perspective when everyone else in the family has their own very bad day.

For Arteta, the film is really about the relationships between the family members. He explains, “this is a movie about just learning to love your family again. My hope was to film them all falling in love with each other.” A big part of that was choosing a cast that bonded well as a family and that the audience would relate to. Steve Carell was a natural choice for the father, a former aerospace engineer who’s been laid off. “We wrote it hoping Steve would do it” says Levine. It turned out Carell had an unexpected talent; in one scene at a Japanese restaurant, the chef launches shrimp into the air and Carell catches them in his mouth, which the producers assumed would need to be digitally enhanced. But Levine says “he got into it. His professional pride took over and he caught most of them, we didn’t have to do CGI on the shrimp.”

Arteta wanted to make his version of a John Hughes movie, the kind of family film that isn’t often made anymore. “I looked at Sixteen Candles quite a bit, for the emotional weight of it,” he says, “it’s the ultimate movie about your family forgetting your birthday and feeling like they don’t see you at all. I just like the warmth of his movies, and I wanted this one to have that. His movies are a little more authentic than most Hollywood movies, and that was important to me.”

The authenticity he sought was built over the course of the rehearsal period, in which both Carell and Garner offered suggestions and improvised dialog. “Both Steve & Jen are such good parents in real life, and they really cared about the parenting messages, Henson remarks, “those were some of the changes that were done in rehearsals, them saying ‘as a parent, I feel this way.'”

Ed Oxenbould, who plays Alexander, is an Australian, though he does a very good American accent. Arteta discussed the casting process. “The reason I wanted him, and we saw over 500 kids, I wanted to find a kid that at 12 had the ability to be very happy for other people, very generous of heart, and at that age, if you remember, it’s not so easy to think about anything other than yourself. So he’s a very special kid. About the accent, we were just dumb lucky; he has a very musical ear, he was already three-quarters of the way there when we started. I think accents are like music, either you can do it or you can’t.”

Disney legend Dick Van Dyke has a small part in the film, playing himself in an in-store reading of a children’s book published by the company for which Garner’s character works; this scene is the central feature of her personal “very bad day.” The decision to cast Van Dyke was an easy one. “Shawn Levy, one of the other producers, had worked with him before,” Levine explains, “and it made so much sense because of the synergy and his history with Disney, to bring him into his and we were so thrilled when he said yes.”

Arteta observes that Van Dyke and Carell share some traits. He says, “as a comic, it’s really hard to make comedy out of niceness. Most comics go to a sarcastic and dark place, it’s a lot easier. It’s rare, and Dick Van Dyke is kind of the grandfather of this, you love him, he’s nice and really funny. And Steve Carell is kind of the heir of that. He can be really sweet and still be very funny.”

When the cast came in, there was a lot of cutting up and bantering, particularly with Garner and Carell. When Jennifer Garner started to answer a question about how their real life parenting experience affected their roles, the conversation went like this:

Garner: Steve and I are parents… not together…
Carell: We’re the best parents!
Garner: Yeah, we definitely know what we’re doing! We just piped up and made our thoughts known.. “um, at our house, we wouldn’t even totally do this…” and that’s usually how it went.
Carell: Yeah, it’s just a matter of, If anything rang false to us, we’d just speak up.
Garner: For sure, this is just basically a day at my house.

Carell was asked about working with children and sarcastically replied, “it was the worst experience of my life. And I know in print that will play really well, because you can’t read irony in print. They are so much fun, including the babies that were in this movie, which we all fell in love with.”

Alexander features a lot of chaotic and possibly dangerous incidents including a car crash, knocked-over trophy cases, fire, wild animals, and a scene involving an actress being flown on a wire while playing Peter Pan. How does one prepare for a film like this? “Real life,” says Garner, “a lot of real life experience.”

Minnette enjoyed learning to professionally crash a car, while Dorsey was particularly excited by getting to swoop around like Peter Pan. “I worked with the stunt coordinator,” she relates, “we did a stunt wire-training day, it was a lot of fun, it wasn’t scary at all. It was my dream to play Peter Pan.” 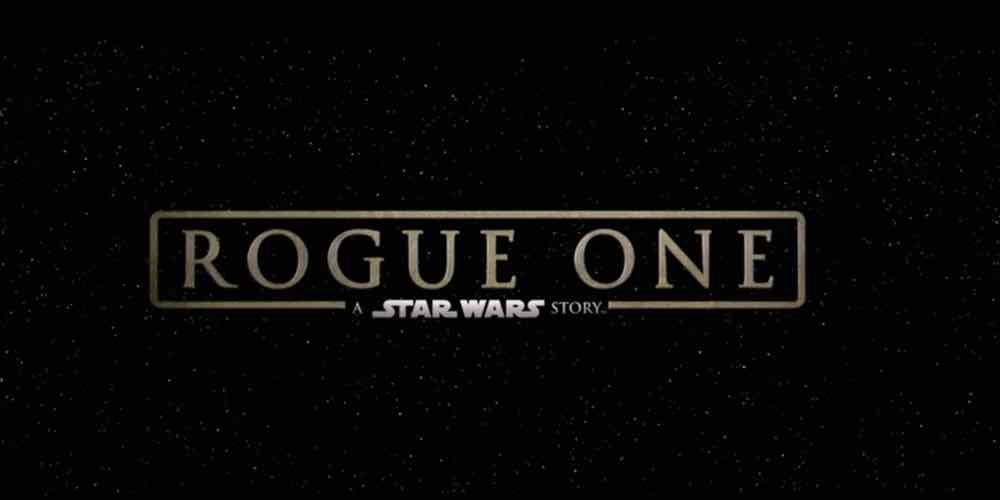 ‘Rogue One: A Star Wars Story’ Trailer Is Here!