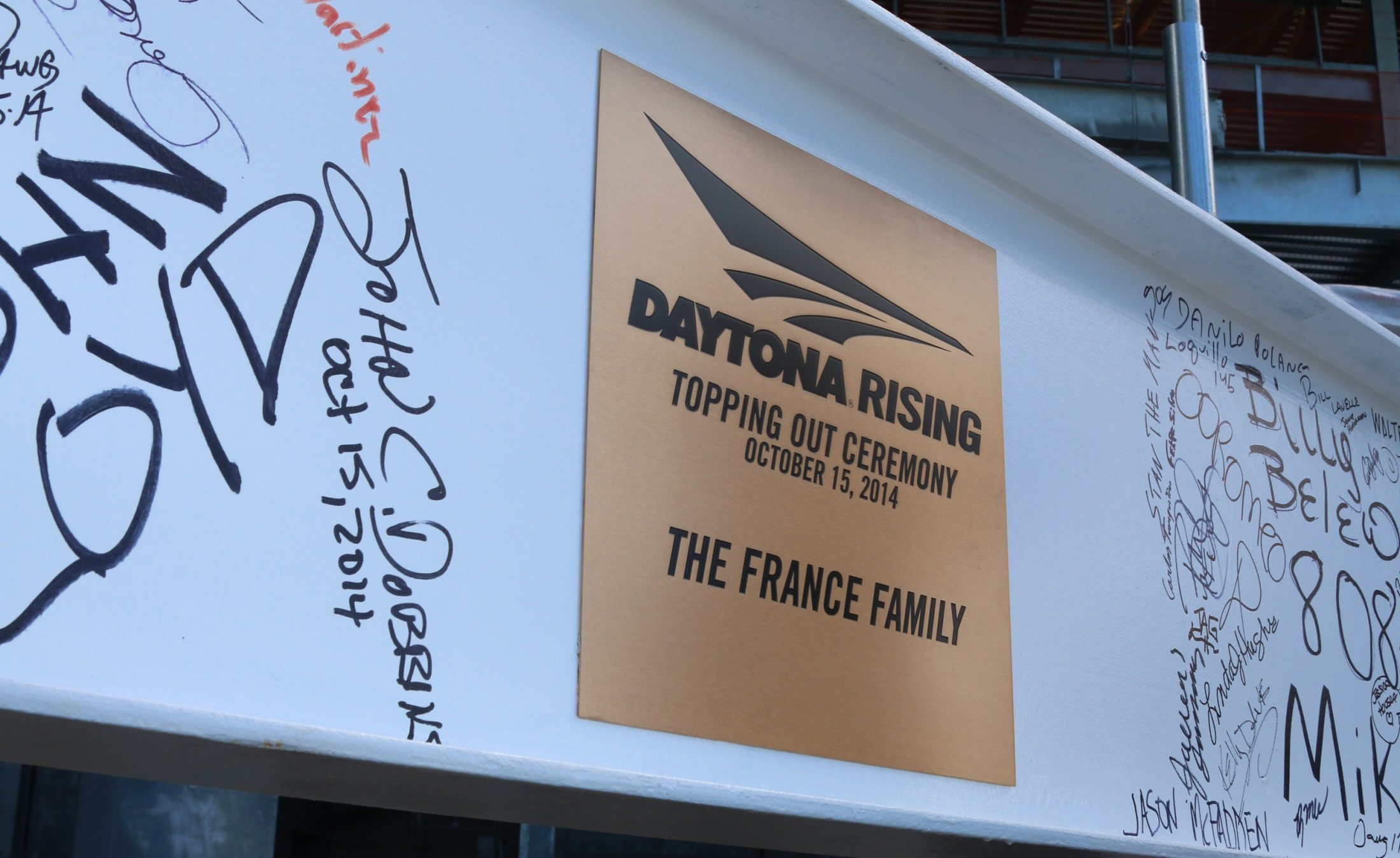 Halfway there and topped off.

That’s the progress made in the $400 million re-imagining of the experience for fans attending races at Daytona International Speedway in Daytona Beach, Florida.

The current target date for full completion is the 2016 Rolex 24 At Daytona and that year’s Daytona 500 but attendees at next year’s Daytona 500, on February 22nd, will get a glimpse of what it’ll be like when the new grandstands will be partially open. 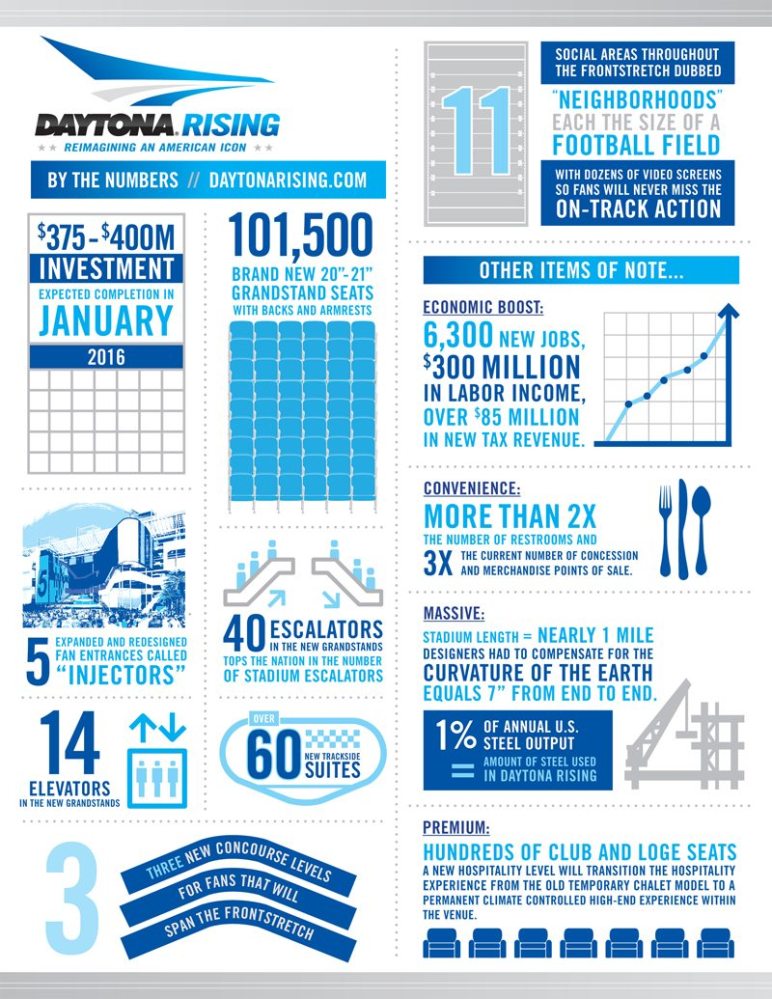 The complexity of this project intrigued me the moment I toured the site in July. There are a tremendous number of moving parts, from the unique physics of the racing oval that make this project a unique design challenge, to keeping track of the vast number of materials being used on-site, to tracking progress each day, and coordinating all the subcontractors, the job of general contractor Barton Malow.

All of this is being done via computer, the first such project to completely digital, but likely not the last. When the rebuild is complete, the new stadium and grandstands will have over 101,000 permanent, wider and more comfortable seats, twice as many restrooms, and three times as many concession stands. Possibly of more interest to GeekDad readers is that the entire place should have free and reliable wi-fi.

It’s hoped that the new track experience plus a new tourist destination area across the street from the Speedway will make it and Daytona Beach, Florida, even more of a tourist destination, which explains the presence of state officials at the topping off ceremony earlier this month. Florida Secretary of Commerce Gray Swoope and Florida Department of Economic Opportunity Director Jesse Panuccio were in attendance for the milestone.

As part of the event, members of the France family (the first family of American racing) signed and unveiled a special commemorative plaque that was placed at the center of the steel beam (previously signed by the project’s construction team). International Speedway Corporation CEO Lesa France Kennedy also spoke about the significance of the DAYTONA Rising project.

“Daytona International Speedway is a special place and we’re honored to continue its legacy through the DAYTONA Rising project,” said France Kennedy. “We’re literally building history and creating an unprecedented motorsports experience. I can only imagine how exciting it must have been for my grandfather to turn his vision into reality when he built the Speedway more than 50 years ago.”

Even the half-finished construction was impressive when was on-site in July. Once upon a time, I tried to hit all the classic baseball stadiums in every city I visited, from old Memorial Stadium and the newer Oriole Park at Camden Yards in Baltimore to old Comiskey Park in Chicago, to Yankee Stadium (the second one) and, of course, Fenway Park in my backyard.

I still love the old places, especially those that are gone, but I can’t help appreciating this new, designed-to-be-people friendly project for the Speedway’s fans.

Our Most Favorite Things About Gen Con, 2015 Edition

Planet Comicon 2021 Brings a Sense of Normality to Fans