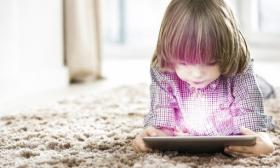 Summer’s over, and school’s back in session. Time to pull the plug on your kids’ video games, right? Not so fast, Mom and Dad. To the great relief of kids everywhere, it turns out video games and school are not incompatible. New studies on the effects that playing games has on kids indicate positive benefits for learning, thinking, social-emotional skills building, and, yes, even school performance.

Games provide new ways to engage with various subjects, whether it’s learning about math through an air-traffic-control simulator or practicing musical timing with a dance app. So the next time you see your kid playing a strategy or music game, know that he or she may actually be learning history or working on physical fitness. Below, we have recommendations of apps and games to support every subject on your elementary, junior high, or high school student’s schedule.

Elementary School: Math Blaster Online, 7+
Do your little ones need help with equations? Math Blaster Online gives them plenty of practice as they join the Blaster Academy to save the universe using their math skills. It also lets your kids team up with other players to solve problems together in a safe, socially positive online environment.

Middle School: Monkey Tales: The Valley of the Jackal, 10+
The Valley of the Jackal is part of the math-focused Monkey Tales series, which tasks players with taking on a villain named Huros Stultas in his plan to resurrect the ancient Egyptian god Wepwawet. Using logic, strategy, and math skills, players defeat booby traps, fight mummies, and explore underground temples in an attempt to save the world. The game gauges how well your child does with its puzzles, and it ramps up the difficulty accordingly, so there’s always a challenge for players to test what they’ve learned.

High School: Sector 33 App, 12+
Sector 33 gives kids an idea of how math works in the real world, as they take on the role of an air traffic controller, directing flights to San Francisco International Airport. Players must not only gauge distance, time, and the rate of speed of each plane, they also have to balance flight plans, delays, and other complications.

Elementary School: Lifeboat to Mars, 8+
Young scientists can experiment with creating a brand-new ecosystem on Mars to help support terrestrial life on Earth. Players can choose to work on microbes or on animal and plant missions to accomplish the task of terraforming the red planet. Even cooler, once they’ve finished a few missions, players can design their own missions for other players to try.

Middle School: Spore, 11+
Can you design and develop the perfect creature? Spore lets you develop a species from its microscopic origins to an intelligent, social alien life form that can venture into space and interact with other sentient life forms. This is a great way for your young scientist to explore the methods and ideas behind biology.

High School: Solar System for iPad, 13+
Bring stargazing to life for teens with this far-out collection of astronomy facts, photos, and animations. The app focuses on our solar system in particular, with information about the sun, planets, moons, asteroid belts, and more. Kids can learn about gravity, patterns (such as rotations around the sun), and each planet and moon, including facts about diameter, mass, volume, gravity, and atmosphere.

Elementary School: My Reading Tutor, 5+
My Reading Tutor builds on the basics of early reading skills to help strengthen kids’ literacy. Phonics, letter sounds, and more are presented in a fun, engaging manner, and kids can even record their voices as they read stories. Parents can track their children’s progress in the reading tasks to see how well they’re doing and what they need help on.

Middle School: Duolingo App, 12+
Whether your kids need help with a foreign language class or are simply interested in learning a new language, Duolingo can help. In a friendly environment, the app provides practice in basic words, phrases, and sentence structure in six languages. Players can test what they’ve learned against the computer or other players in competitive games or help translate Web pages for other users around the world.

High School: Shakespeare in Bits: A Midsummer’s Night Dream, 13+
Shakespeare is a staple of high school English, but the old English text is challenging. Shakespeare in Bits helps make the Bard more accessible, with animated characters acting out the plays and multiple ways to understand confusing or obscure words.

Elementary School: Oregon Trail, 9+
Oregon Trail has been teaching and entertaining kids for more than 40 years. The game continues to innovate through digital versions that provide realistic story lines and context. Players take on the role of a wagon leader directing settlers from Missouri to Oregon in 1800s America while dealing with issues such as disease, food, and weather.

Middle School: Sid Meier’s Civilization V, 11+
With a total of 43 playable civilizations from around the world, Civilization V is an ideal supplement to history class. Players lead a civilization from the Stone Age to the future with a range of political, scientific, or military goals, learning how cultural, ideological, and geographical factors can change a world’s geopolitical landscape.

High School: Tropico 4, 15+
Political analysts frequently talk about unstable or corrupt countries that spring up around the world, but how many times do you get the chance to run your own? Tropico 4 makes you president of your own island and lets you choose factions to appease according to your political goals. A parody of political simulations, Tropico 4 will make teens laugh — and teach them at the same time.

Elementary School: Just Dance: Disney Party, 5+
You don’t have to be a fan of Disney classics such as “It’s a Small World” to love Just Dance: Disney Party. Players imitate characters on-screen that are dancing to hit songs from Disney movies and TV shows. The completely contagious game teaches how movement and music work together in a fun, social environment.

Middle School: GarageBand, 10+
GarageBand has exactly what fledgling musicians need to take their music to the next level. Kids can record vocals and instruments and mix tracks to create — and share — new songs while learning essential audio-engineering and composition skills. It’s like having a professional recording studio in the palm of your hand.

High School: The Beatles: Rock Band, 14+
The Beatles created classic, timeless music, and this Rock Band will take teens on a magical mystery tour of their entire career. Similar to the other Rock Band games, you can sing and play drums, bass, or guitar on 45 remastered Beatles tracks.

Elementary School: Art Academy, 8+
Art Academy is more than a video game — it’s a fun art tutorial. The game walks you through the basics of drawing, shading, and other skills so you can apply them to real-life creations.

Middle School: Scribble Press App, 10+
With more than 500 writing and drawing tools and 50 pre-made story templates, Scribble Press lets kids write and illustrate their own tales. This is kid-led learning at its creative best, as kids choose which type of writing or storytelling they want to try — for example, greeting cards or full books — as well as whether they prefer private sharing or online or print publishing.

High School: Scoot & Doodle, 13+
If you’re looking for a way for kids to collaborate on artwork or projects, Scoot & Doodle is the solution. Teens can gather up to nine Google+ friends to work on a single shared artwork, communicate their ideas via video and voice chat, and share the final products via social media channels.

Elementary School: Zumba Kids, 6+
Want to get your little ones’ blood flowing? Zumba Kids takes kid-friendly songs from pop artists and lets them perform 30 routines in a wide variety of dance genres. Plus, they get to imitate the kids dancing on-screen, who provide lots of positive reinforcement through each song.

Middle School: Wii Fit U, 10+
Wii Fit U turns getting physically fit into a game. In between the many mini-games and activities, kids will learn that moving their bodies can be fun and yield meaningful results. Wii Fit U comes with a pedometer to help track your steps taken, calories burned, and distance traveled so you can make fitness progress even away from the game.

High School: Dance Central 3, 13+
The most advanced dance game on the market, Dance Central 3 tracks every bit of your body, making you a better dancer as you perform routines for more than 60 popular songs. This game includes a new story mode for dancers to move through, as well as a dance tournament for up to eight players and even a fitness mode that acts as a serious workout for dedicated players.

Elementary School: Sesame Street: Once Upon A Monster, 6+
Parents who want to make sure their kids learn about friendship, generosity, and other positive life skills should look no further than Sesame Street: Once Upon A Monster. An interactive experience wherein players engage with characters from the show, the game teaches as it lets kids play active roles in stories and participate in entertaining games.

Middle School: Thomas Was Alone, 10+
Thomas Was Alone is a unique puzzle game. It doesn’t focus on graphics, complex control schemes or tense gameplay; instead, the two-dimensional game tells a story about friendship and human relationships. With humor, well-paced storytelling, and an emphasis on diversity and trusting others, Thomas Was Alone will stay in players’ minds long after they’ve finished it.

High School: Papers, Please, 15+
Papers, Please manages to meld social and historical commentary with an exercise in making ethical decisions and navigating their consequences, forcing you to think during every portion of the game. Players take on the role of an immigration inspector in a communist nation, approving or rejecting applicants seeking to enter the country. As political events change throughout the story, players will need to handle situations such as terrorist attacks, asylum seekers, and the undocumented while also dealing with the effects of their choices.

[This post was originally writtern for Common Sense Media by Jeff Haynes.] 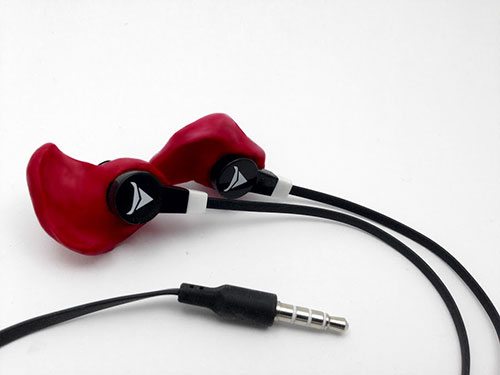