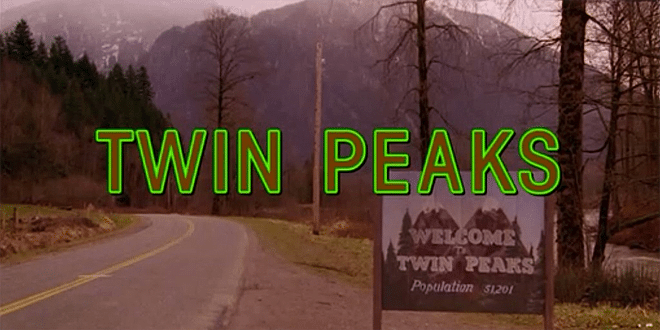 “Every day, once a day, give yourself a present. Don’t plan it. Don’t wait for it. Just let it happen.” So said Agent Dale Cooper to Sheriff Harry Truman in Twin Peaks way back in 1990. Yesterday Twin Peaks fans got a long-awaited present in the announcement of nine new episodes scheduled for 2016. But 2016 is a long way away, so how can we while away the days until we finally get to revisit the place where the owls are not what they seem? Here are 16 things for fans to do while they wait, so grab some damn fine coffee and a slice of incredible cherry pie and start making your list.

1. Re-watch the Show
It might seem obvious but there’s no better way to rekindle your love of a TV show than by going back to the source material itself. Twin Peaks is currently available on Netflix as well as through Hulu, Vudu, Amazon Instant Video, and iTunes. The 1992 spin-off film Twin Peaks: Fire Walk with Me is a little trickier to locate but it is available on iTunes and on DVD/Blu-ray, speaking of which…

2. Buy the Box Set
The show was finally released on Blu-ray earlier this year as Twin Peaks: The Entire Mystery. It has been upgraded to HD and the set includes a ton of special features including 90 minutes of “Missing Pieces,” the legendary lost scenes from Twin Peaks: Fire Walk With Me. The $90/£50 price tag is pretty steep but if you want more than a basic re-watch of the episodes then it’s worth every penny.

3. Stay at the Great Northern
One of the most iconic images from Twin Peaks was the Great Northern Hotel and its beautiful location atop a waterfall. Today the hotel is known as the Salish Lodge and Spa, a luxury retreat in Snoqualmie, WA–the hotel even offers a “Romance Concierge” service. The hotel’s interior is not the same as seen on the show but if you want to take a trip to a Twin Peaks-themed location then there really is no better place to stay; you can even take your dog along too.

4. Attend a Twin Peaks Convention
Is there a better way to feel connected to other fans than to attend a convention? If you’re feeling inspired then the Twin Peaks UK Festival in London is just a few weeks away on November 15th and will be attended by Dana Ashbrook, James Marshall, and Sheryl Lee. If that’s a little too soon (or a little too far) then Twin Peaks Fest will be held July 24-27, 2015, in North Bend, Washington. The schedule already looks amazing so I suggest picking up your tickets ASAP. Something tells me that next year’s event is going to be much more popular than usual.

5. Discover Something New
Twin Peaks may have been off air for over twenty years, but many other shows have come along in its wake and built on its legacy. Most famously is The X-Files which expanded the concept of a central mythology and took the show’s strange, cinematic landscape to the masses; ideas that were built on once again in more recent offerings like Lost, Breaking Bad, and Mad Men. If you want something more family friendly, then Disney’s increasingly bizarre animated show Gravity Falls works well as an introduction to the “small town with something dark and mysterious to hide” genre–it’s as popular with adults as it is with kids. Finally, moving away from television, Welcome to Night Vale is about as close to Twin Peaks radio as you could wish for, drawing you into the small town lives of apparently normal folk who are never what they first appear to be.

6. Save the Owls
We all know that the owls are not what they seem, but one other thing we know is that many of them are in danger. If you want to use your Twin Peaks enthusiasm to do some good in the world, then why not consider making a donation to one of the countless owl conservation charities around the world? You could even combine your donation with your Christmas shopping by buying a Snowy Owl Adoption Kit from the WWF which includes a plush snowy owl–perfect for the Harry Potter fan in your life.

7. Read a Book (or Several)
As with any cult hit there are a number of books published on every aspect of Twin Peaks. From The Secret Diary of Laura Palmer–written by director David Lynch’s daughter Jennifer–to multiple volumes examining the show critically from every imaginable angle, thousands of pages are waiting out there to be turned. If you’re looking for an introduction to this sort on in-depth look then Fan Phenomena: Twin Peaks edited by Marisa C. Hayes and Franck Boulegue is a wonderful first step that will rekindle your passion as it takes a look at aspects of the show including dream logic, feminism, and Audrey’s sweater collection.

8. Buy Yourself a New Shirt
One of Coop’s suggestions to Harry for a present to himself is buying “a new shirt at the men’s store.” We might not want to buy precisely the kind of shirt our favorite FBI agent has in mind, but there are plenty of Twin Peaks-inspired shirts available on the internet these days. Etsy, Society6, and RedBubble are all good places to look and keep an eye on the t-shirt dailies websites over coming months as designs are bound to pop up there too.

9. Listen to the Soundtracks
One of the most memorable things about Twin Peaks was its score; unsettling soft jazz composed by Angelo Badalamenti that underscored everything that happened in the mysterious little town. The soundtrack and the Twin Peaks: Fire Walk with Me score are available from iTunes and at Amazon as both CD or digital downloads. You can find the music on YouTube as well if you’d like to have a listen through first. If you’ve already heard the soundtrack a thousand times and want something new with a similar feel, then check out Alex Baranowski‘s soundtrack for the recent theatrical production of A Streetcar Named Desire in London which has a distinctly Twin Peaks feel. You can listen to the complete album for free on Soundcloud and on Bandcamp where it is available to download for £6/$9.50.

10. Cook a Meal
Food is vitally important in Twin Peaks and many of the series’ most iconic phrases and scenes revolve around it. Peaks-inspired foods include: black coffee, cherry pie, donuts, leg of lamb, baguettes with brie and butter (Rocky Mountain Woman has a recipe that will make your mouth water just from reading it), creamed corn, hard-boiled eggs, maraschino cherries, crispy bacon, and the taste sensation when maple syrup collides with ham. Just be sure there aren’t any fish in your percolator.

11. Chat to Your Very Own Diane
“Diane, I find myself confused by all the technology in Twin Peaks today. Whatever happened to a good, old fashioned tape recorder?” Who knows what Coop has been doing since we last saw him but chances are he might well have updated his personal tech since 1991, and I’m pretty certain you will have done so too. To keep some of Coop’s retro vibe going, why not convert your phone into Coop’s tape recorder using this case which is based on the original prop? The cases are available at Society6 and RedBubble and fit the iPhone and Samsung Galaxy. If you want to take it a step further, you can also take to starting every question you ask Siri with “Diane…”–she’ll still understand you!

12. Check out more Lynch Films
As I’m sure you’re aware, Twin Peaks‘ creator and director David Lynch has a vast, if somewhat surreal, collection of films under his proverbial belt and 2015 seems like the perfect time to work through them. Classics include Eraserhead, The Elephant Man, Blue Velvet, and Mulholland Drive. Sadly most aren’t currently available on Netflix but check out Amazon for a good range of DVDs and instant downloads.

13. Play the Video Game
Yes, such a thing does indeed exist! Black Lodge 2600 was created in 2011 by Jak Locke in the classic Atari 2600 style and invites you to help Agent Cooper escape from The Black Lodge. It is available for free (although if you enjoy it, giving a donation to the designer would be highly appreciated) and includes a PDF also designed to look like a vintage manual. It’s also only 16Mb so you won’t need to wait hours for it to download, even if you live somewhere as disconnected as the Lodge itself.

14. Plan a Cosplay
Twin Peaks offers a huge variety of cosplay options for any gender preference and many would be easy to pull off with a small budget. The Log Lady is a fairly common choice (either with a real log or with a somewhat lighter one made from felt) as is the ever-so-stylish Audrey Horne. Some of the more creative ideas I’ve seen around include dead Laura Palmer wrapped in plastic, and Dr. Jacoby with his unforgettable sunglasses. If you need inspiration, a search for Twin Peaks cosplay on Tumblr wields some mind blowing results.

15. Play the Board Game
Not an easy thing to find, and be prepared to pay a hefty sum if you are lucky enough to do so, the Twin Peaks Murder Mystery Game was published in 1991 and features donuts as counters–what more could you want? The game also includes something called a Pentagon Deathtrap. I’m sold.

16. Visit a Cafe
As well as the filming locations around Snoqualmie and North Bend, there are a number of Twin Peaks-inspired locations all over the world. Earlier this year Flavorwire published a list of seven restaurants inspired by the show which included locations in Copenhagen, New York, and Atlanta, as well as many in the Pacific Northwest. Atlanta’s Bookhouse Pub even includes a themed cocktail menu with drinks inspired by the characters. I know where I’m stopping for a drink if I ever find myself close by.

Hopefully you’ve found a few things you’d like to do over the next year and a bit. Remember you can always make yourself a hot cup of coffee (black as midnight on a moonless night) and take a nap in your office chair and to transport yourself right back to the place pies go when they die. 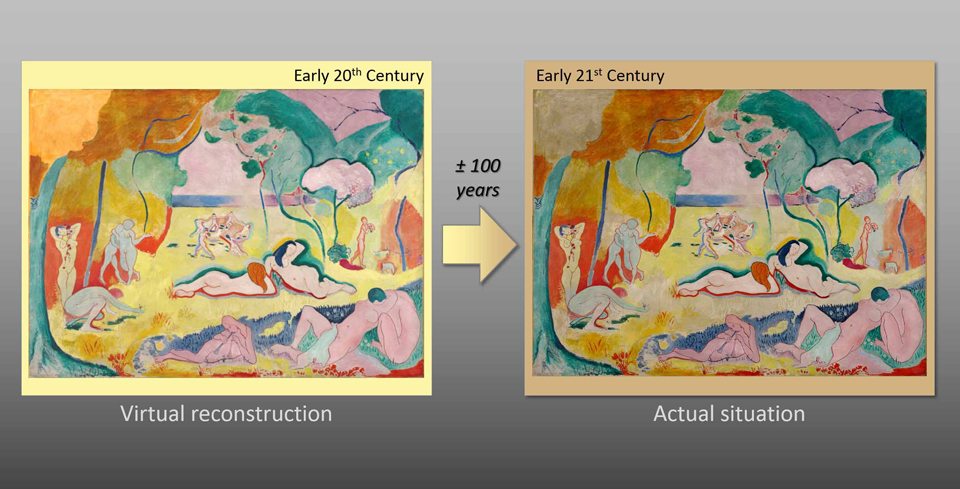 Why Is Matisse's Brilliant Yellow Fading?