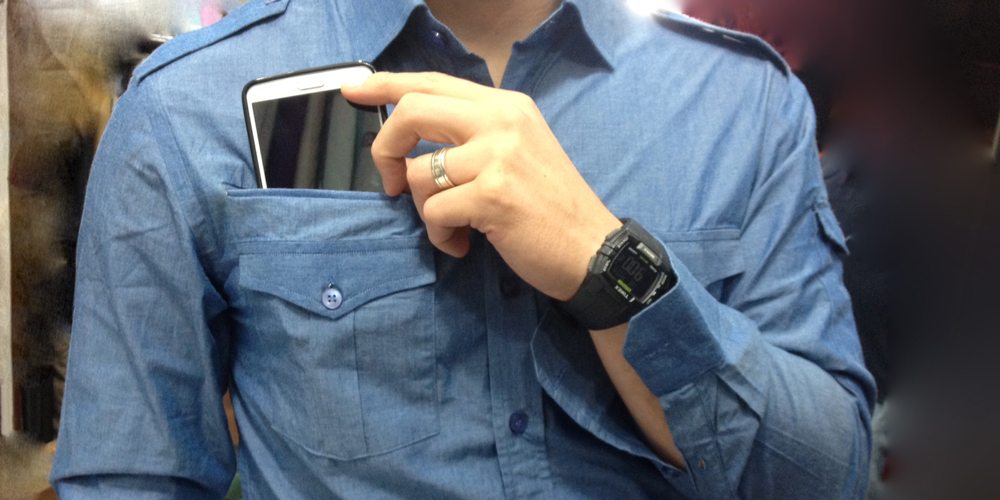 Last week the tech world was rocked by news that great big ol’ smartphones may be a bit bendier than advertised. SCANDAL!

But this does make me wonder where users — particularly those that don’t relish the idea of stashing their devices in a bag or massive belt holster — can safely stow these beefier current-gen phablets. The answer, it turns out, is simple.

Boutique clothier Bond & Co, a company at the vanguard of the now not-so niche integrated technology clothing marketplace, already offers multiple shirts with features like hidden earbud holders in the collar and a secondary pocket specifically designed for larger phones.

Better yet, a little bird told me — and by “a little bird” I mean Bond & Co’s Neal Bond — that they’re planning to launch a Kickstarter campaign for another similar design (with a drastically reduced price tag) tomorrow. I’ll happily share more details as they become available, but in the meantime hit up the company’s official web presence to peruse their snazzy shirts.

UPDATE: The Kickstarter is now live, featuring previously revealed designs as well as an early bird special deal on their new Classic Tech dress shirt for a lean $29!

Comics Spotlight on Nomad: Girl Without a World