I’ve known to be a bit of a rules lawyer myself when playing tabletop games, but that’s just a nickname for somebody who’s nit-picky about following the game rules to the letter. Here’s a recent example of some real rules lawyering that involves some games I’m actually familiar with.

First, some background information is in order. Bang! is a pretty popular card game from Da Vinci Games inspired by spaghetti westerns—you’ve got a sheriff, some outlaws, and a renegade, and whole lot of bullets. Each player gets a role, as well as a character that gives them special abilities, and the gameplay involves figuring out who’s on your team and eliminating the others. It was one of the games I played a lot when I was first getting into gaming, and despite a few flaws I always really enjoyed the mix of hidden roles and clever card play.

Two years ago, when I made a trip to Taiwan with my kids, I spent some time seeking out tabletop games, and particularly whether there were any games being produced by Chinese or Taiwanese developers. I did discover several games that seemed to be rethemed versions of existing games—almost always with Romance of the Three Kingdoms pasted on as the theme. This included a version of Bang! called 3 Kingdoms Kill, which was obviously a clone of the original. I couldn’t help myself: I picked up a copy, figuring it was a curiosity, something that would never make it out of Asia.

I will note there are a few differences: if you’re the Prince (the Sheriff equivalent) you do have some abilities tied to which of the three kingdoms you rule. And all of the weapons, in addition to extending your range, have special abilities, whereas in the original game only the Volcanic introduces extra abilities. But otherwise the game is nearly identical. Card effects are copied over from those in the original game; character abilities are the same; the game even uses the poker deck symbols on the cards.

I haven’t played my copy of 3 Kingdoms Kill at all. It’s entirely in Chinese, and suffers from the same issue that the original players had with Bang! in English. It requires extensive translation to play, and I’ve got Bang! anyway. It’s mostly a curiosity that I have on my shelf, a souvenir of my adventure in Taiwan’s tabletop scene.

While I was in Taiwan, I did chat with a gamestore employee (I can’t remember which one now) who told me the story of 3 Kingdoms Kill. Apparently, some ex-pats living in China wanted to play Bang! with their Chinese friends. But Bang! is pretty difficult to play if you don’t read English: many of the cards have a lot of text on them, and knowing how the powers work is crucial to succeeding at the game. So at first they just pasted on translations—and then they decided to retheme it, with some tweaks to the rules.

And then (insert movie montage here) somehow it got published by Yoka Games. Now, in China and Taiwan there’s all sorts of piracy. Knockoff fashion, movies, toys, and gadgets are common. Most of the time you’ll know it’s a fake, but sometimes it’s hard to tell. But this is a different situation. There was, at the time, no Chinese version of Bang!, so if you wanted to play the game, you had to hack together your own version. Or you could buy this game, from a Chinese publisher—and chances are, you might not even know that Bang! even existed. I figured it would never make it out of Asia.

Well, it turns out that two years ago Yoka Games did publish an English edition, calling it Legends of the Three Kingdoms. It’s distributed in the US by ZiKo Games, a company based in Dallas. I saw them exhibiting this year at Gen Con, in fact.

One of the things Yoka Games does is that a lot of the expansions come with trinkets. It’s not exactly the sort of thing I see a lot in US tabletop gaming, but it fits pretty well with Chinese culture. For instance, you can buy a new weapon card to add to your game, along with a little metal replica of that weapon. (You can see the ZiKo Games rep showing off a sword in the photo above.)

There are several expansions available for Legends of the Three Kingdoms, and I don’t know how much these have changed from the Bang! expansions. I suppose it’s possible that Yoka Games went in its own direction and developed its expansions independently, though it’s just as likely that they simply took the expansions and rethemed those as well. (I do know that some of the expansions are more like booster packs, so you may get powerful, randomly-inserted cards as well.)

Okay, so back to the rules lawyering. Da Vinci Games applied for an injunction late last year, trying to stop sales of Legends of the Three Kingdoms on the grounds that it’s a copy of Bang!. On August 8, US District Judge Lee Rosenthal denied the injunction, but also denied the motion to dismiss based on copyright claims, and then granted the dismissal on claims to unfair competition and unjust enrichment. [Sorry, my original phrasing was backwards on this.] You can read the memorandum and opinion here.

Although it may seem like a pretty dry legal document, I ended up reading the whole thing. For one, I thought it was fascinating to see Rosenthal’s descriptions of Bang!—basically she had to explain how the game works, and she did a pretty good job of encapsulating it. I wonder whether she plays games herself, and if not, how long it took to explain the details of playing two card games so she could judge whether any of the claims had merit. In any case, I think she makes a good case for having an actual lawyer write game rules.

It was also entertaining to see Rosenthal’s description of Triple Town (while citing another case involving a clone of a game). Other references include Tetris, backgammon, and even bridge.

Ultimately, though, board game mechanics are not protected by copyright. You can copyright the particular expression of them—that is, the images, the exact text on the cards and the rulebook—but not the way the game works. What’s odd, though, is that the game’s mechanics are, in my opinion, what really makes a game. Theme, images, fancy components may be integral to the player’s experience of the game, but the mechanic is at the core. For me, ultimately a game is about the play, not the physical appearance, even if appearance and component quality matters. So the fact that mechanics cannot be protected seems like bad news for game designers.

On the other hand, you could argue that game design necessarily depends on building on top of other mechanics. If somebody could copyright “roll-and-move” as a mechanic, where would we be? Well, okay, maybe we’d be better off. But how about deck-building? Donald Vaccarino invented the idea of the deck-building mechanic in Dominion, and that has gone on to inspire countless variations on the idea. It’s one of my favorite mechanics, and I’m glad to see it being used so widely. If copyright law protected that, we may never have seen Thunderstone or Valley of the Kings or Star Realms. (On a similar note, Cards Against Humanity would never have been possible if not for the core mechanic from Apples to Apples.)

The problem with Legends of the Three Kingdoms, at least in its initial form, is that it wasn’t just taking a core mechanic from Bang! and applying it in a different way. It was, in fact, lifting almost the entire game wholesale and copying it, with a new theme. That seems less defensible to me—if not according to copyright law, then at least according to Wheaton’s Law.

I’m all in favor of new games and interesting ways to use existing mechanics. Certainly many companies take their own existing games and retheme them, and that’s fine. But I think, as gamers, we should probably be more aware of supporting clones that do not add or change things significantly to the original game. Game designers are a friendly bunch—for the most part, I think they want to see other game designers succeed. But nobody likes to feel like they’ve been ripped off, and I think a little more communication and asking for permission could go a long way toward promoting the hobby in a way that benefits everyone.

Thanks to Eric Martin of BoardGameGeek for the tip! 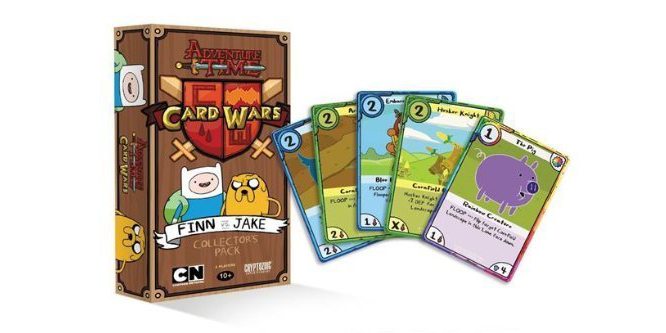 17 thoughts on “Now That’s a Rules Lawyer! The Curious Case of a Copycat Card Game”