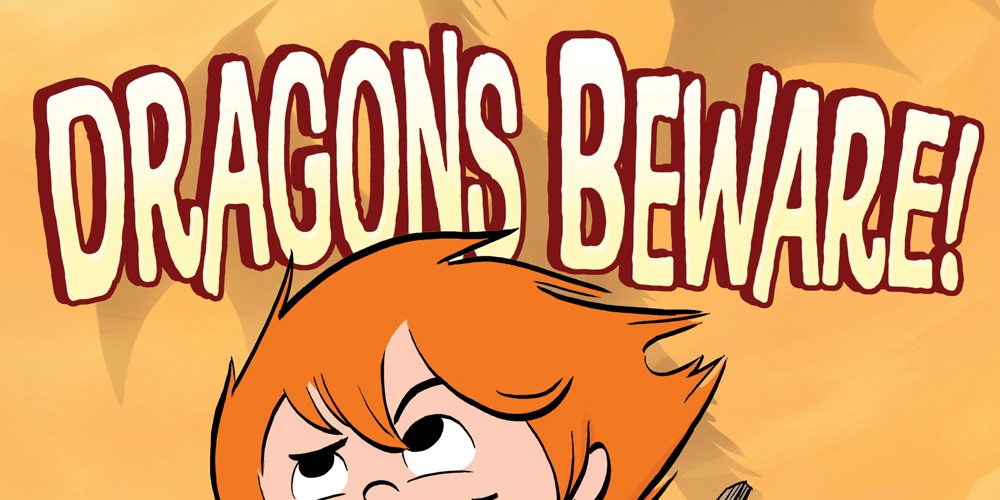 A couple years ago I reviewed an all-ages comic book, Giants Beware!, about a fearless young girl who sets out to rid her town of the dreaded baby-feet-eating giant. Next spring, First Second Books will be publishing the sequel, Dragons Beware!

I have a special love for Giants Beware! because it’s one of the books that got my second daughter to finally start reading. She was five at the time, and I’d read it to her multiple times at her insistence—and then she would hole up in a corner and flip through it, reading it to herself. My oldest daughter also really enjoyed it, and they’re both excited that there’s a sequel coming.

GeekDad is thrilled to give you an exclusive early peek at the cover. I sent Rafael Rosado and Jorge Aguirre a few questions from myself and my kids about the new book. Dragons Beware! will be released in May 2015. 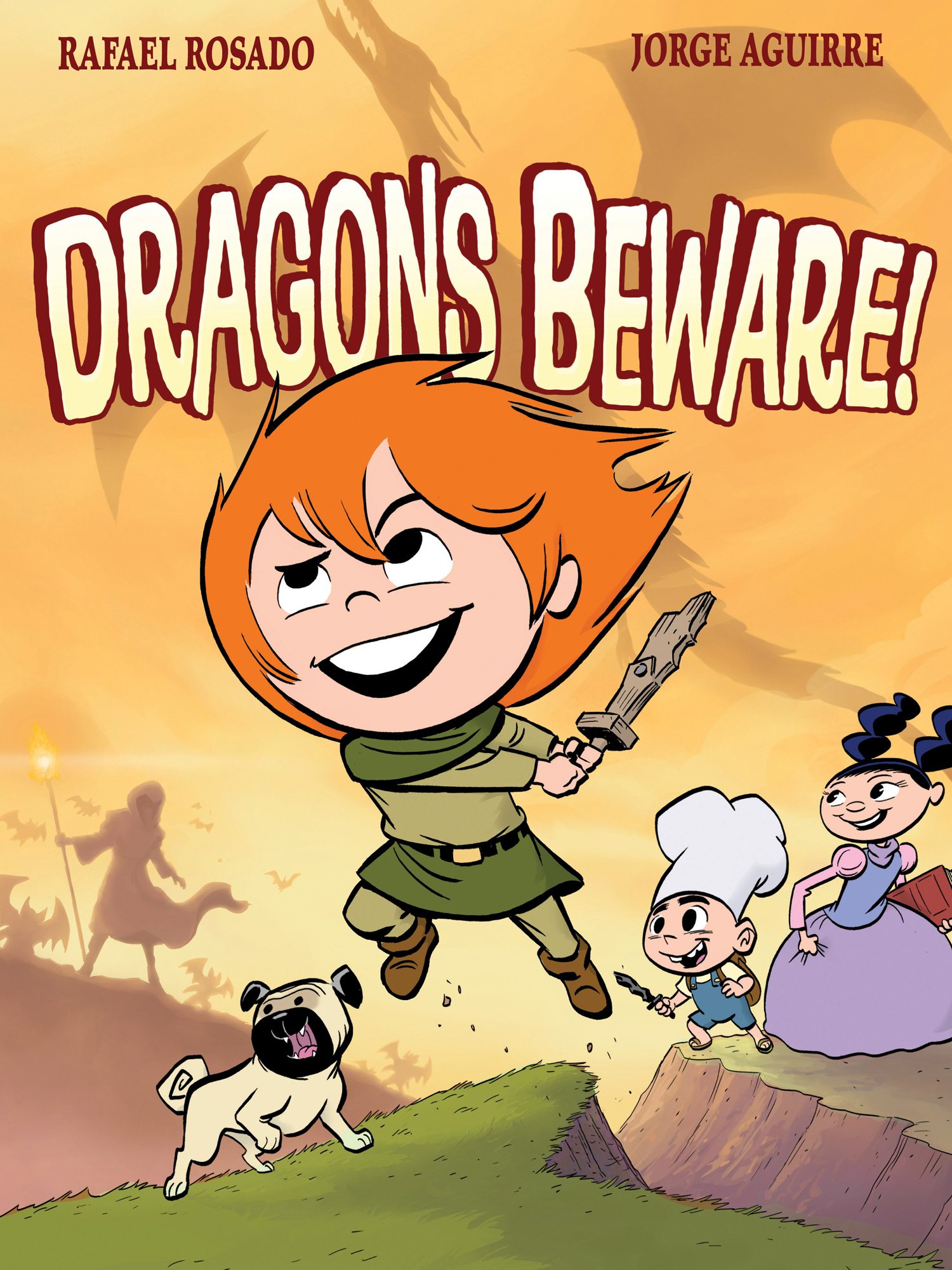 What is Dragons Beware! about?

In order to defeat a new enemy, Claudette, her brother Gaston, and best friend Marie head off on an adventure to retrieve the world’s most powerful sword. But there’s a problem. Claudette’s father, lost this powerful sword years ago in a battle with a dragon (in which he also lost his hand and legs). Claudette and her friends must make it to the dragon’s lair, and find a way to get the sword out of the belly of the beast.

Will it be the same main characters, or will there be any new people we meet?

The story mainly follows characters we met in Giants Beware!, Claudette, Gaston, Marie. Augustine and Zubair the blacksmiths are along for the ride too. We’ll also meet a couple of old enemies, and meet the Seven Lovelorn Princes — princes who are smitten with Marie.

Will Minu the giant show up again?

He has a cameo. We hope to come back to Minu again in a future book.

Who should we beware more, giants or dragons?

You should beware of dragons way more than giants in this book. But you should also beware of evil power-hungry wizards. You should not however beware of crepes suzette or any other delicacy, which Gaston will happily cook up for you. 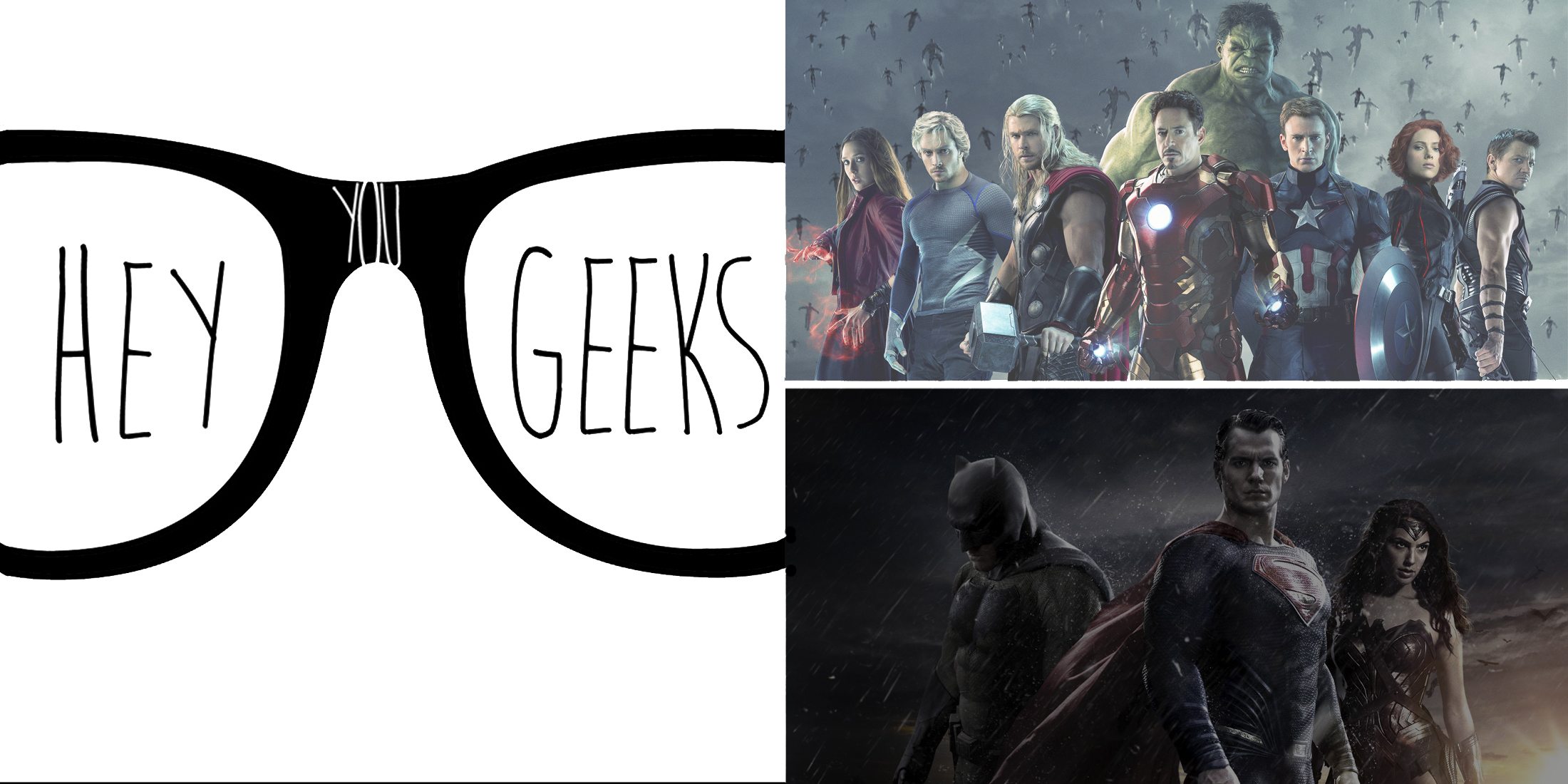 Hey You Geeks #40: The Dark and Light Sides of Superhero Movies 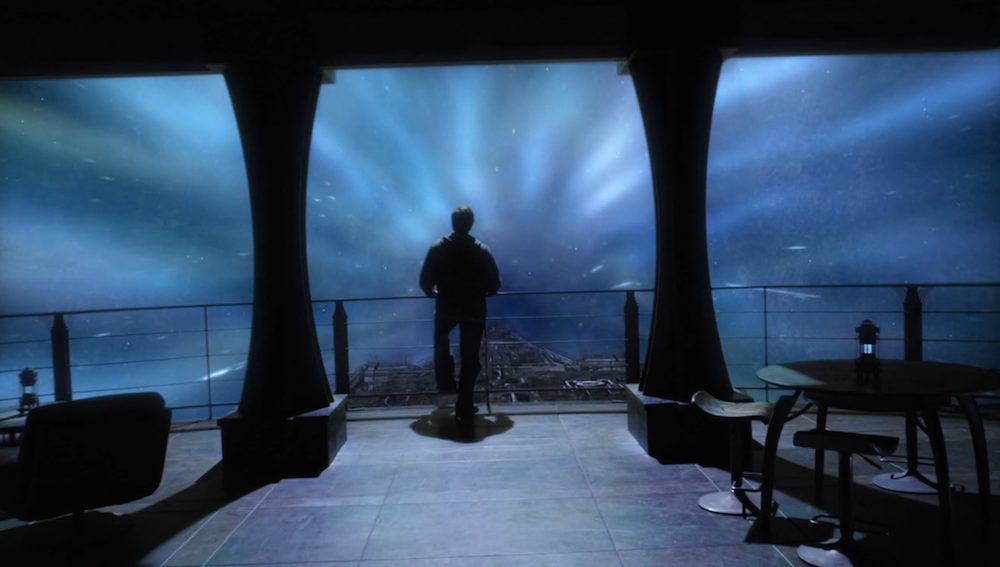