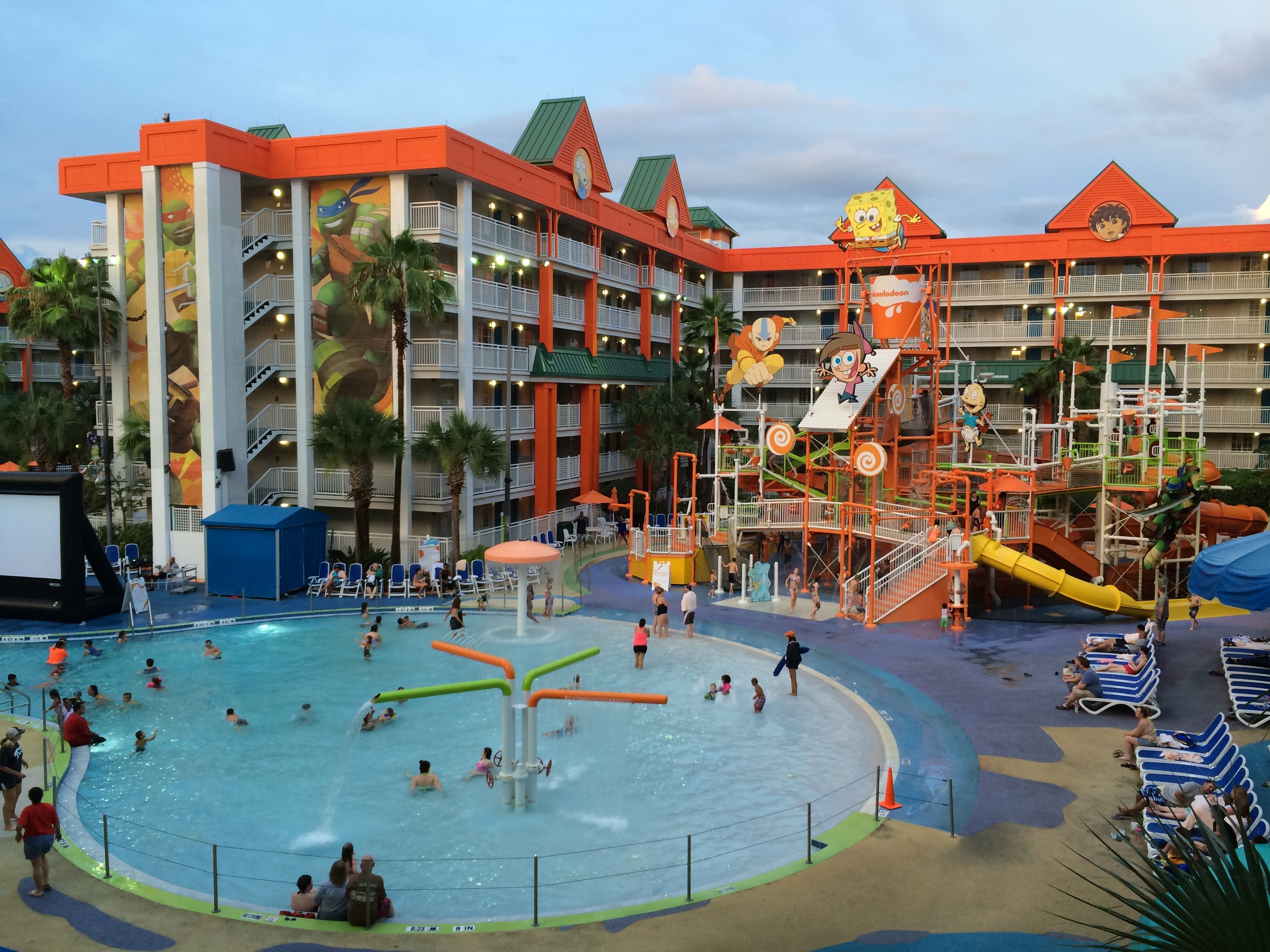 The Teenage Mutant Ninja Turtles are coming to the Nickelodeon Suites Resort with themed rooms, special appearances by the turtles in a half-shells, a new pool-side-show where the Turtles battle the Foot Clan to save April O’Neil, and a new pizza dinner show.

What makes the Nickelodeon Suites Resort special is that a majority of the rooms are two or three bedroom suites with a small kitchen, bathroom, kids space (with either bunk beds or twin beds), a living area, and master bedroom. Each of the three spaces has their own TV and closet for storage.

When you’re not hanging out in your room, there’s a ton of other stuff to do as well, including the 4-D theater, Nick Studio (where they host Double Dare Live), slimming experiences, arcade, and mini-mall with a food court (these experiences are each paid separately). My son loves the Lagoon pool with its huge water playground and the kid spa (a not-so-hot version of the adult spa). They also have miniature golf (no charge), basketball, crafts, and quick service dining at Lagoon Pool.

When you’re done at the pool, look up the meet-and-greet times for some of your favorite Nickelodeon characters including the Teenage Mutant Ninja Turtles, April O’Neil, the Foot Clan, Spongebob Squarepants and gang, Dora the Explorer, Aang from The Last Air Bender, and Blue from Blues Clues

As a bonus, if you’re in the area on August 9th, 2014, the Nickelodeon Suites will be hosting an event at the Lagoon Pool to make a Guinness Record attempt for “Most People in One Location Dressed as a Teenage Mutant Ninja Turtle.”

If TMNT is not quite your thing, keep an eye on Nickelodeon Suites Resort’s website for announcements about upcoming themed weekends including a Nick Jr. weekend and Power Rangers weekend!

How To Learn From Experts