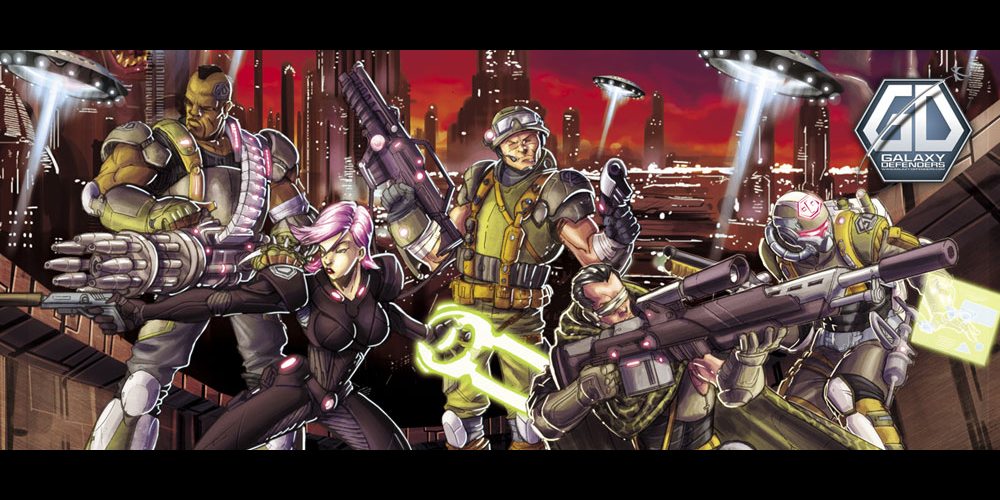 Before we get to the Verdict, here’s a little comic about our 4-player attempt to take on mission 2 from the core set:

Like it says in the title, Galaxy Defenders is massive. It’s a game with a lot of bits and pieces and a whole lot of rules, so expect to be referring back to the rulebook frequently throughout your first several plays. Fortunately it is pretty easy to track down information in the rulebook, as large as it is.

It’s definitely the type of game that will appeal more to “Ameritrash” gamers than “Eurogame” gamers—though I use those terms loosely. What I mean is that it’s heavy on theme and uses a big ruleset to cover a lot of really specific types of mechanics: for instance, there’s a specific way to jump through a window, and another to bash open a locked door. There are ways to simulate not only running out of ammo, but having your gun jam or having trouble using an alien weapon. It reminds me more of games like Last Night on Earth and Fortune & Glory than, say, Ticket to Ride and Dominion. It’s for folks who prefer a detailed simulation over a compact ruleset that elides a lot of specifics into one action.

That said, I’ve really had a blast with Galaxy Defenders, even though I’ve lost at several missions. Yes, it takes a long time to set up each mission, but I like the different abilities of all the agents and the way you have to respond differently to different aliens. I also like the way the story progresses differently based on how well you accomplish (or fail to accomplish) the missions, so you don’t always just repeat a mission until you beat it.

The game borrows heavily from the videogame world, too: options are “toggled” to make the game easier or harder, and have default states. Friendly Fire is off by default, but Human View (where you can only see what’s in front of you) is on. You can choose whether or not to use perma-death if you’re playing the campaign mode, where each agent can only die once and then can no longer be used in future missions. That, and the choices you get to make for new tactics and skills and weapons, makes it a very customizable experience. As long as that experience involves shooting aliens, of course.

Sci-fi fans will find a pile of references throughout, whether in the illustrations or the titles of the missions. As I mentioned above, it can be pretty fun to see the references you recognize, but it can also make the game feel a little jokey, so that’s a matter of personal preference.

Is it worth the money? Obviously that depends on whether it’s your sort of game, but certainly components-wise you’re getting your money’s worth, particularly if you get in on the Kickstarter. There are so many extras and exclusives and add-ons that they’re unlocking daily that the big packages will certainly cost much more at retail than they do through the Kickstarter campaign. Now, the first game did miss its delivery date by a few months, so that’s something to keep in mind, but they added so many new components during the campaign that it’s not surprising. For this one, they’ve pushed the delivery date further out (probably learned some lessons from the first Kickstarter) so it’s more in line with what actually happened the first time around. I’m not at all worried about their ability to produce and ship the game—it’s just a question of whether it will be delayed at all.

I’d recommend Galaxy Defenders for gamers who love a heavily thematic game and love sci-fi, though with the caveat that—like many sci-fi alien stories—you shouldn’t expect too much deep character development. If this were a movie, it’d certainly be more Michael Bay than Christopher Nolan. If you’ve already got the base game and you like it, the expansions add enough variety and new mechanics that you’ll certainly want to continue playing. If you didn’t like the original, then I doubt the expansions will win you over. And if you haven’t tried it at all, you probably don’t want to start off spending $300 or so for the core and both expansions, even though it’ll be a better deal than buying everything separately—might want to stick with just buying the Core Set now.

For more about the expansions and to back the project, visit the Galaxy Defenders Kickstarter page.

Disclosure: Ares Games provided a review copy of the core set as well as a partial prototype of the expansions. 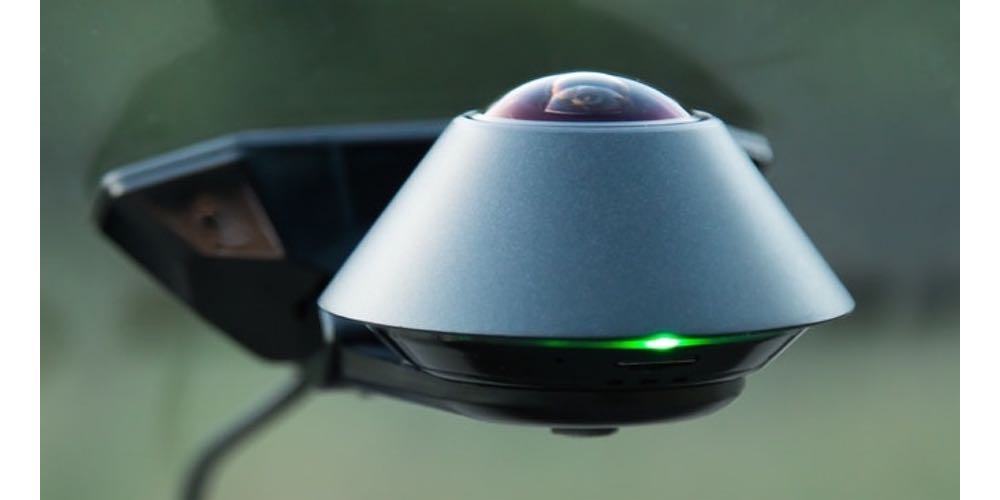 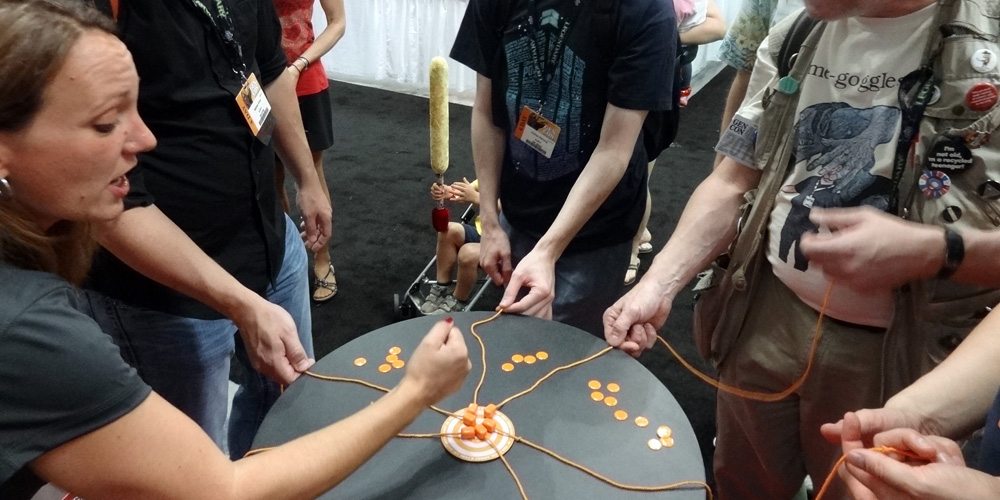