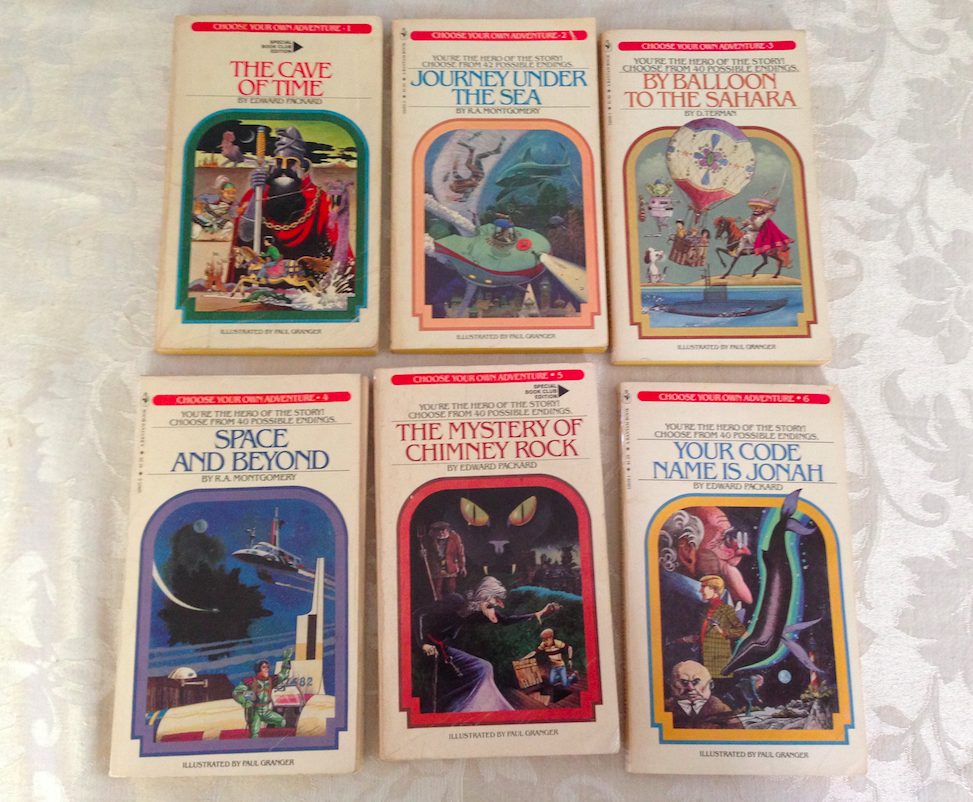 If this post’s title doesn’t quite make sense, then you’re probably unfamiliar with the Choose Your Own Adventure (CYOA) book series that started a phenomenon back in the ’80s for young readers. Other book series that follow its format exist (or have come and gone), but the CYOA brand, now over 30 years old, continues to find new young readers as parents discover not just reprints of the older titles on bookstore shelves but new titles as well.

For me, it all started in elementary school. I was a decent reader, but reading felt tedious and the stories in the books we read at school were boring. Book series just didn’t exist in numbers like they do today –– and there weren’t a lot of titles that were catching my attention. Teachers would send home these newspaper-thin catalogs of books; kids would sit down with their parents, find a book or two that they might enjoy, and parents would cut out the order form and send back to school with a check. A month or so later, a big box would be delivered to the classroom and the teacher would hand out our books.

Something about the description to The Cave of Time must have appealed to me, because I rarely ordered books before that. Mrs. Alexander (5th grade) handed me my book and sent me back to my desk. She gave us all a half hour or so to read, so I opened it up and checked it out. Less than thirty minutes later, I had read the book probably five or six times. For a few reads, I died. For a few other reads, I was stuck in the past or in the future. Doesn’t make sense? Let me explain.

The Cave of Time was Book #1 in the CYOA series where readers would make decisions as they read through the book. Each page would offer 3-5 paragraphs of story and then a choice must be made:

Do you go back home? Okay, but you’re really missing out. Turn to page 92.

Depending on your choices, the story would change during each read. Entering the cave would start an adventure with me (the hero!) traveling through time, trying to avoid death and find treasure or even a way home. It was amazing, and for the first time I remember distinctly that I was enjoying reading. I took that book home, and read it over and over and over. I even remember using pen and paper to map my choices so I could discover each and every possible ending.

During that 5th grade school year (and possibly into my 6th grade year), I had the chance to order five more books in the CYOA series. Each of them was read enthusiastically, over and over. Mrs. Alexander even allowed me to occasionally read to the class from one of these books and let the kids raise their hands to vote on choices to be made. My friends would always ask me to borrow the books, and I was happy to oblige.

My favorite book of the six was the scary tale, The Mystery of Chimney Rock, but Space and Beyond was great, as was the spy-tale, Your Code Name is Jonah. I never really got into By Balloon to the Sahara, but it was still fun. These books were illustrated by Paul Granger, and the artwork always lent itself to the adventures, and what kid couldn’t pick up a book with the covers seen below?

I still have those six books. The covers have yellowed a bit, and I’ve had to re-glue a few back on, but these little books are in great shape and I’m looking forward to letting my oldest son (age 7) read them soon.

Recently, I had an amazing opportunity drop in my lap that brought back all the fun of these types of books. A British publisher contacted me and asked if I might be interested in writing a book for a series they were developing to teach programming and technology concepts. They explained that the books would require readers to make choices and asked if I was familiar with this concept. I almost laughed and spilled the entire story you just read above, but in the end I just said “Yes, I used to read the CYOA books. I understand the concept.” I signed the contract and got to work.

Believe it or not, writing these types of stories can get confusing. Spreadsheets are useful, and you’ve got the constraint of page count applied so you have to pay attention to how many endings you come up with. Most CYOA books had between 20-30 early on, but later books would have even more. My assignment was to write a small book that would teach very basic concepts of programming (such as program language names, IF-THEN and LOOP, basic logic, etc.), so I was faced with a real challenge.

I actually had written a CYOA-style book a few years back (The House on Crooked Street), and I shelved it because I didn’t see that CYOA was still producing books. (Of course, now these kinds of books have become popular again, so maybe I’ll consider submitting it… any publishers interested?) My experience writing that book led me to some online discussions for how best to write this style of story. I reviewed that information again and then sat down to begin writing.

My solution was very TRON-like, and involved The Gamer (the reader) being sucked into the computer to do battle with The Master Programmer, a shadowy figure who posed questions to the reader about general computer and programming knowledge. As the book progresses, The Gamer also finds that his/her computer is having some glitches, and the reader must learn about hard drives, RAM, viruses, and other subjects so they can “fix” their own computer from the inside.

This book series is for a younger audience, so there is no dying in the book… instead, The Gamer is collecting cubes to assemble a digital Rubik’s Cube before being allowed to leave the game. The book culminates in a battle with The Master Programmer using digital swords, shields, and armor. (The Rubik’s Cube idea was related to the fact that this book series was to commemorate the 40th anniversary of the Cube and books were to be given away to kids visiting a museum exhibit in the UK.)

I absolutely enjoyed writing the book, and a copy of my book, Beat the Game, arrived in the mail recently. I sat down, read through the entire thing, and got to recall that initial read of The Cave of Time so many years ago. By the way, if you’re really into the CYOA series or are interested in the planning that goes into these kinds of books, I’ve got some links for you to check out that are sure to be of interest:

* Map of The Cave of Time — some incredible visuals on how the first book progresses. (Also, read this webpage’s essay on this style of book and check out the animations for 10 of the CYOA books — the animations show how page choices can feed back on themselves.)

* Creating your own CYOA with Twitter — really a good walkthrough on why you probably will NOT do this… lots of work! * Spreadsheet style map of The Cave of Time — and here’s a link for the English course at George Mason University where the map assignment for a CYOA book was made.

* Back Story for CYOA — a fun short read on how the CYOA series started. 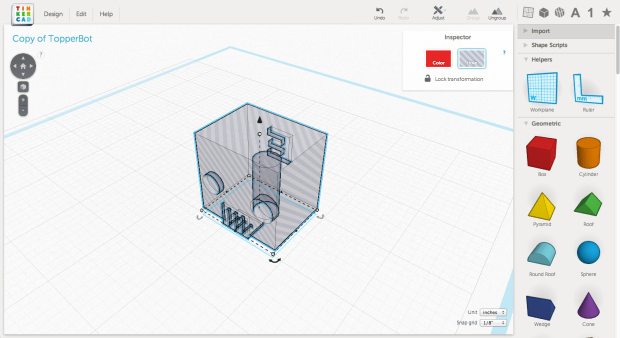