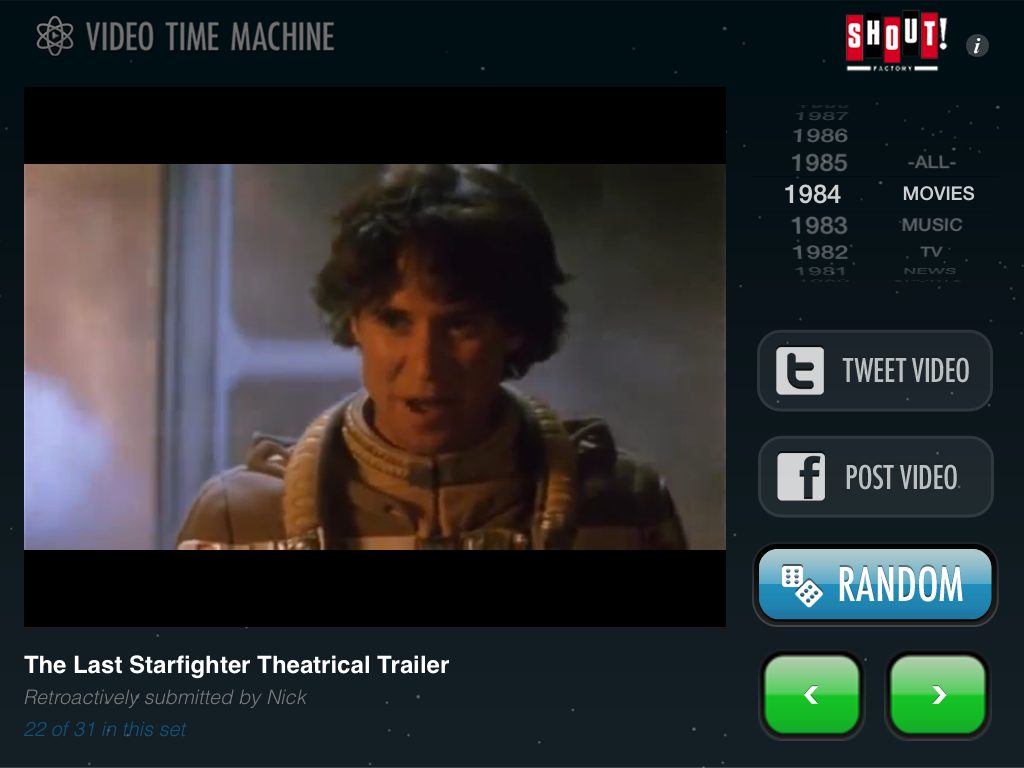 I bet sometimes you wish it were still the 1980s: Saturday morning cartoons, movies with special effects, Apple computer commercials… Well, you can’t go back for good, but now you can visit, thanks to the Video Time Machine app for iOS. Originally launched in 2011, there’s now a free version that gives you access to just one decade, or you can get the whole shebang for $2.99.

Back in 2010, Justin Johnson and Delbert Shoopman III launched a site called the YouTube Time Machine. It basically lets you search through YouTube videos, grouped by year and category: ads from 1976, music from 1963, movies from 1982, and so on. It’s not perfect, but it works pretty well for steeping yourself in media from a particular year.

Shout Factory (which has a vast library of your childhood memories on DVD and Blu-ray) turned it into an app with an easy-to-use interface, so now you can take it with you. I got to try out the full version of the app, and it’s pretty impressive. The app spans media from 1860 to today, although of course there’s a lot more from more recent decades than earlier ones. You can watch many films recorded in Thomas Edison’s Black Maria studio, listen to turn-of-the-century audio recordings, or spin the dial and watch movie trailers from just a few years ago.

It’s easy to lose yourself in the app. Although it’s not totally comprehensive, the sheer volume of video clips that has been uploaded to YouTube is pretty amazing. I watched a trailer for Short Circuit, saw gameplay footage of Computer Space from 1971, and watched an early TV ad for the Atari 2600. In the 1960s there are political ads for JFK and you can see the Flintstones hawking Winston cigarettes. Watch Carl Lewis break the 100m world record in 1988 or ABC News coverage of the 1979 solar eclipse.

I should note, for parents, that not everything is kid-friendly; there are trailers for horror films grouped in with cartoons and toy commercials, so you may want to keep an eye on them. Of course, you’re the ones who will probably enjoy the app the most, reliving moments of your childhood a few minutes at a time.

Disclosure: GeekDad received a free download of this app for review. 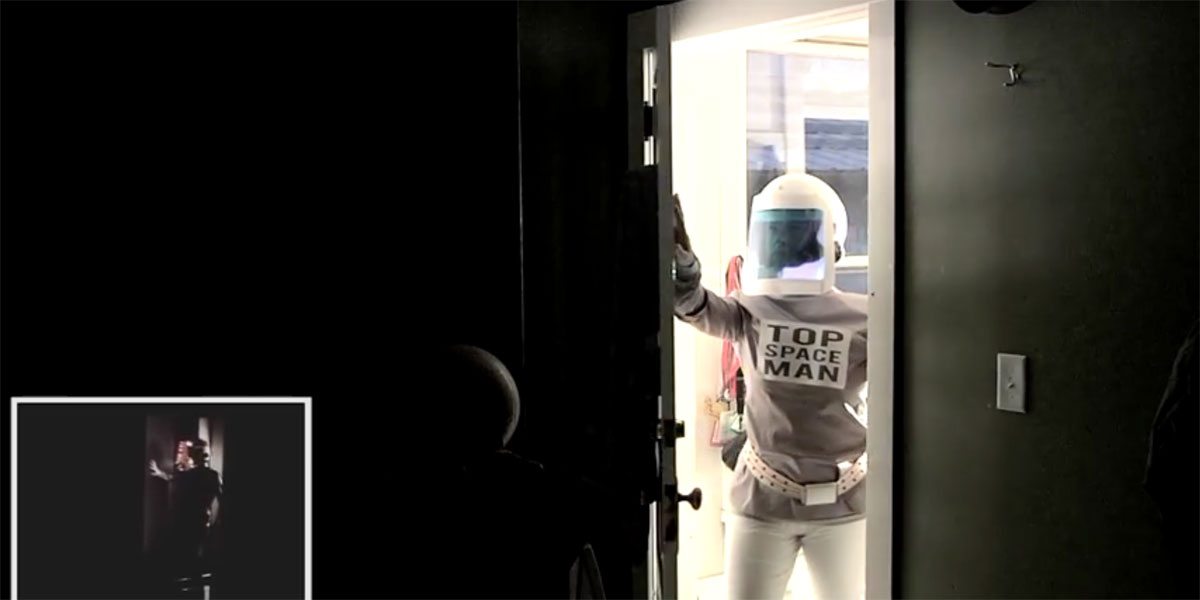