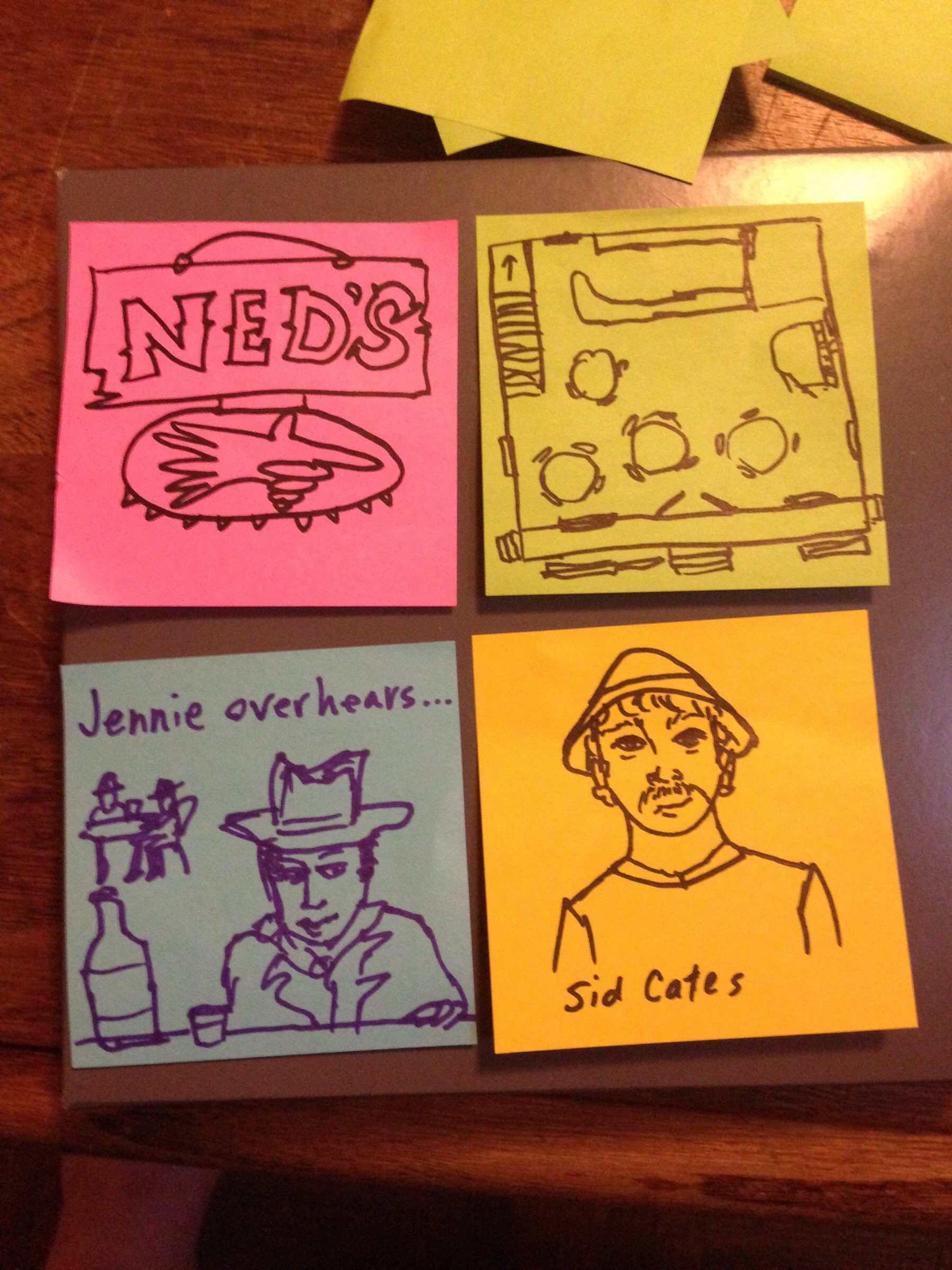 I recently wrote about my new process for writing my novel Bone Dust, using the new Post-it Brand Evernote Collection, which has helped me take major steps toward re-thinking my entire novel-writing process (see: life changing).

I talked about how I can scan visual clues, ideas, and scribbles, and then flesh them out later in the process. But that’s really just the beginning.

The Post-it Notes from the Post-it Brand Evernote Collection are compatible with Evernote and come in four different colors– Limeade, Neon Pink, Electric Blue and Electric Yellow. I used the various Post-it Note colors by assigning each color to represent a different kind of element in the story.

Using the same process as before, I can brainstorm all the bits and pieces I’ve collected and take snapshots, just as before. You can see that the end result isn’t exactly totally organized, but just wait!

Whereas in the past I have that whole steam train method, having all the elements of the story means that I can, quite literally, manipulate it.

There are two parts to the opening scene. Sid Cates, the husband of the main character Annie Cates, is at Ned’s Saloon, drunk and going on and on about his insane wife. Unbeknownst to him, Jennie–one of the members of my posse–is listening to him. She’s a chimera, among other things, but also has a super hearing ability. She and her posse have been tipped off that something might be going amiss.

You’ll see that I’ve got all the elements in the image above. The object of interest is the sign for Ned’s Saloon. The main character is Sid Cates–and the location is the bar itself. There’s the layout and everything, so I can picture it a little better in my mind.

The second part of the scene changes slightly. The focus goes outside as Sid Cates leaves. Numedique–“Dick”–who’s a French-Canadian vampire (because reasons is watching the scene now, but it’s Araby who comes to the fore and has some words with Sid. There’s also a LeMat pistol, in case you’re wondering. This is a paranormal Western, after all.

But, that’s not how the story has to go. I can arrange and rearrange. In person or–if I’m within the Evernote app–on my phone, too. I can organize by color, and then by tag if I need to get granular (I can even specify if something is “in progress” “definite” or “so-so”–or whatever nomenclature I decide to use to indicate how fully baked the idea might be). Tagging is really helpful in this situation, and is easily done on both mobile and desktop versions.

This is a huge departure for me. But it’s really exciting. I could, for instance, swap out Dick and Jennie. Maybe Dick hears Sid first, outside–then he tells Jennie to follow Sid, and sends in Araby after. And I don’t lose anything by fiddling around and taking snapshots. When I’m settled on what I want, I just delete the other versions if I want to.

My plan is to open this up to the whole novel, and work scene by scene.  It’s helping me as a whole, and see the whole rise and fall of things before I even dig in and start writing.

This approach, of course could work in a hundred different ways.  Recipes?  Chores?  What colorful projects could you organize with the right tools?  Tell us all about it. 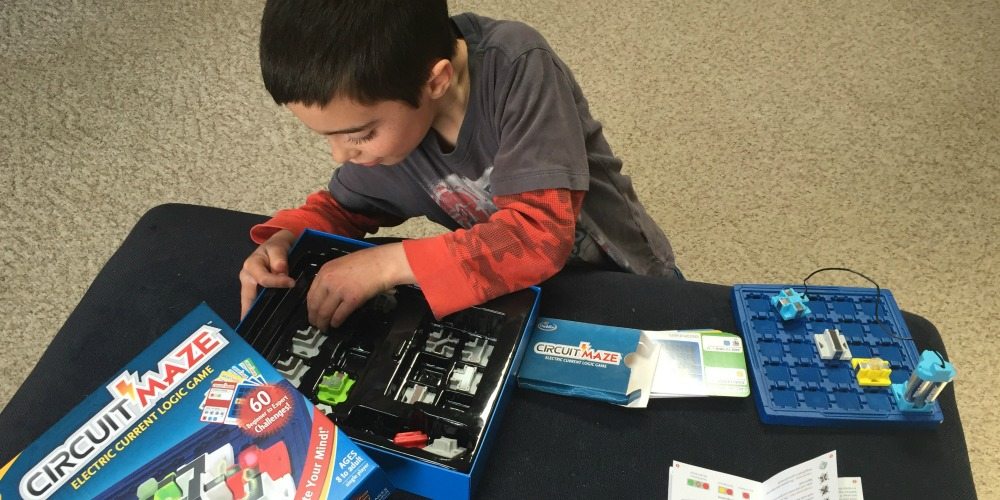 It’s Alive! Geeking Out About Inhuman, Yet Sentient, Beings 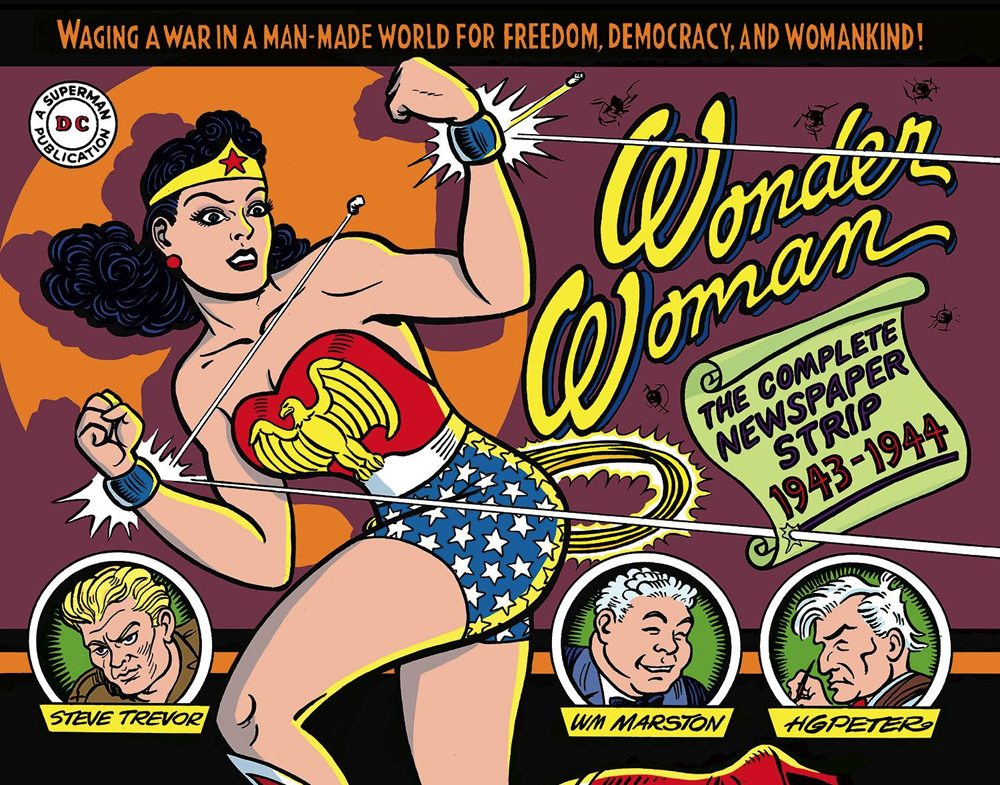