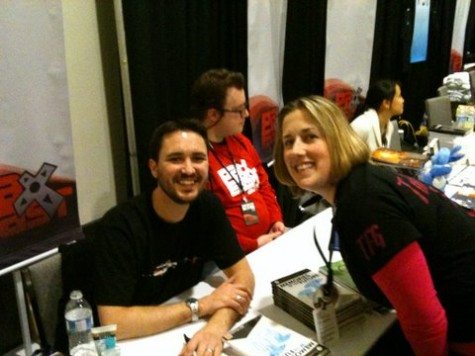 If you’re looking for a little more Wil Wheaton in your life, and who isn’t after his legendary performances on Tabletop, and on The Big Bang Theory as “Wil Wheaton”? Then I suggest you head over to wilwheaton.net today as he finally announces that top secret project of his. Wheaton watchers have been feeding on the crumbs of a suggestion of something big coming for weeks, and now, finally, the project is freed from network secrecy.

I happened to be on Twitter, where he alerted fans to the upcoming news, moments before he posted the announcement, and so was one of the avid (crazy) fans, patiently waiting (clicking refresh) to see what the announcement was going to be. It didn’t disappoint. 12 episodes of The Wil Wheaton Project on SyFy this summer. What is described by Wil sounds remarkably like a geek version of The Daily Show, though not daily, and with Wil Wheaton instead of Jon Stewart, though that would be a fun pairing! The show premieres on Tuesday, May 27 at 10PM ET/PT on Syfy.

To quote the announcement: “A fun appreciation for all things science fiction.” Oh yeah, we’re there!

“The Curse of the Brimstone Contract:” A Steampunk Adventure Part 18

Unschooling his Way into College

Madeleine L’Engle on Courage From Stories