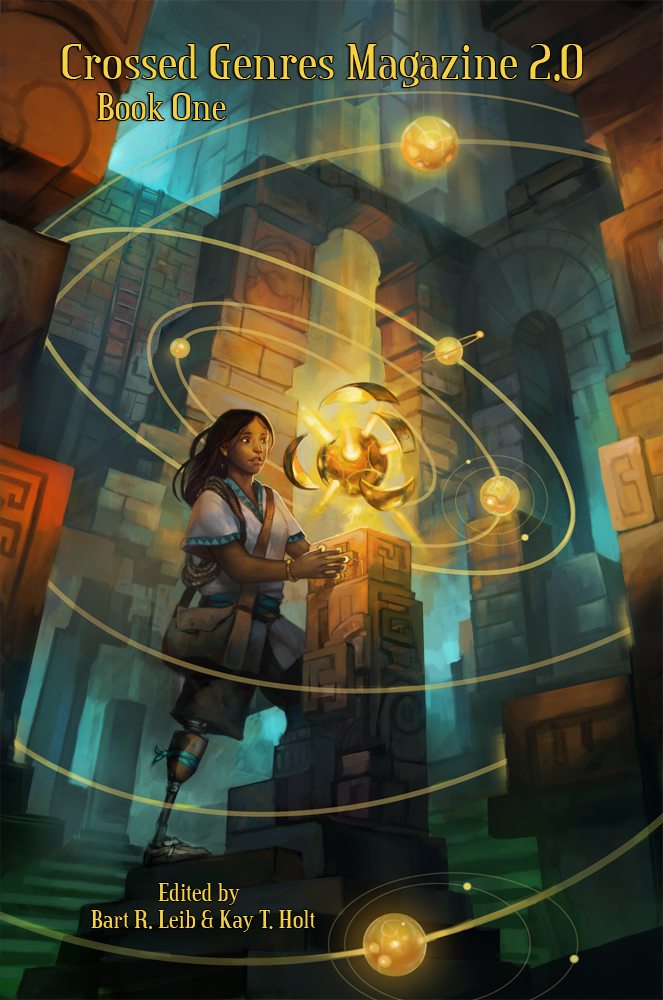 Fellow Geek Dad contributor Bart Lieb and his co-publisher Kay Holt are running a new Kickstarter drive to fund another year of his innovative speculative fiction magazine, Crossed Genres. The magazine originally ran from 2008–2011 but was shuttered until a previous Kickstarter drive revived it in 2013. That pumped new life into the effort, but now it’s time to look for more funding, with an eye toward making Crossed Genres self-sustaining.

The stories from Crossed Genres‘ first 16 issues are available to read for free on its website, and new issues are already ready for May and June. To get beyond that, though, the Kickstarter drive needs to get fully funded (at least!) by the time it ends on April 30. That gives the effort just over a week to go, and as of this writing, it stands at roughly 62% of the way to its $16,000 goal.

Most Kickstarter drives kick into high gear in the last 48 hours as reminders go out to all those curious would-be backers who followed the drive earlier. There’s nothing that motivates like a deadline. There’s a good chance it’ll fund, and Bart and his crew would love to have you help push it over the top.

There are lots of different science fiction and fantasy magazines out there, but Crossed Genres distinguishes itself in a few different ways.

Backer levels and rewards range start at $2 for a recent back issue of the magazine. The cheap sweet spot is at $15, which gets you the magazine’s first year in DRM-free files, plus a one-year subscription too. They also have a number of limited-edition levels which offer all sorts of rare goodies, including things like a transforming TARDIS (sadly, all gone) and one-on-one time with Bart and Kay.

If you like your speculative fiction with an eye on both the future and making the future better too, go check out the Crossed Genres Kickstarter—before it’s over!

Warning: Their Kickstarter video includes a cute kid, who may or may not be related to Bart and Kay.

The Science of Fairy Tales

GeekMom: Comic Book Corner — Lois Lane, Guardians of the Galaxy, and The X-Files