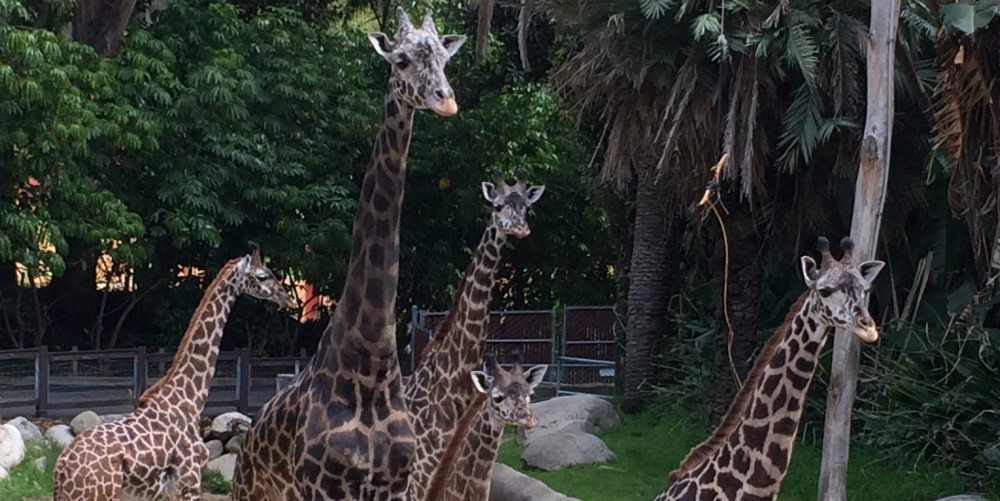 Until last month, I had never been on a press junket that included a trip to a zoo. Awesomely, the same trip during which I participated in a group interview of the stars of Captain America: The Winter Soldier, attended the Muppets Most Wanted world premiere, and met several Muppets face-to-face, also included a trip to the L.A. Zoo, to prepare the group for seeing the new Disneynature film Bears.

The Los Angeles Zoo and Botanical Gardens is mere miles from the glamour and glitz of Hollywood, but you’d never know it from the inside: it’s clearly earned the second part of its name, with lush greenery and exotic flowers at every turn. And then, of course, there are the animals, many of which are remarkable.

I must qualify my observations of the L.A. Zoo by pointing out that, to me, the experience of going to a zoo I’ve never visited is greatly tempered by the fact that I grew up and currently live in the Washington, D.C. area and have been going fairly regularly to the National Zoo for as long as I can remember, first as a child and now as a parent. The National Zoo is not the most spectacular in the world, to be sure, but it has much to recommend it, including of course the famous giant pandas. My memories of the National Zoo are so ingrained in me that I just can’t get that excited by other zoos unless they have something truly different.

The L.A. Zoo does have one very awesome difference from the National Zoo: It has California Condors. While the condors themselves are not always on display to the general public – the zoo has an enrichment center to teach kids about the birds and their habits and habitats – the blogger group I was with was treated to a visit from their “condor ambassador,” named Dolly. I had seen pictures of California Condors before, but it’s quite another experience to see one in real life – their wingspan is just amazing, and, while they are scavengers and not terribly attractive as birds go, there is a certain majesty to them nonetheless. In addition to being able to see Dolly, I also learned a lot about California Condors and their plight – in particular, I had had no idea that the chief cause of the high numbers of condors dying was lead poisoning from hunters’ bullets that the birds accidentally eat along with animal corpses. It’s gotten to the point where California now has legislation requiring hunters to use bullets that don’t contain lead.

We got to see a bunch of zoo animals that were very cool, but not terribly exciting to me for the reasons I mentioned above. The giraffes were very pretty, the apes were fun – particularly the chimp who looked like he was posing for Rodin’s “The Thinker” – and Randa the 44-year-old rhino who survived cancer treatment in 2009. The other highlight for me was the carousel, which, like the one at the National Zoo, uses a wide variety of exotic species in place of the conventional horses. There is one chief difference between the L.A. one and the D.C. one: the D.C. one does not have a dung beetle with a giant ball of dung that you can sit in. I’m not certain which is better, honestly. 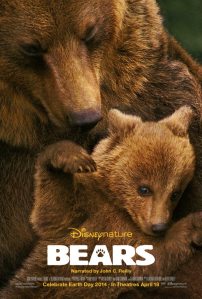 Unfortunately, we only got to see one bear at the zoo. This is unfortunate because the main reason for bringing us there in the first place was because one of the films we had seen as part of the junket was Bears. They had even given us some very cute and fuzzy stuffed bears based on the mama and cubs in the movie, and encouraged us to get photos of them with the real animals in the background, but I was too afraid I would drop the bear somewhere from which I couldn’t retrieve it to try much.

All in all, it was a lot of fun, and the zoo is well worth a trip if you live in or visit the area. It’s not spectacular, but it gets the job done, and it’s very pretty – which is more than you can say for most of Los Angeles.

Disneynature’s Bears opens in movie theaters this Friday, April 18, ahead of Earth Day (which is next Tuesday). Check back on GeekDad on Friday for my review. If you’d like a bear plush of your own, get it soon: The Disney Store will contribute $1 to the National Park Foundation for every Bears plush purchased between now and May 11, 2014. You can purchase the cubs Amber and Scout online.

Note: Visiting the L.A. Zoo was part of a press junket I attended that was paid for by Disney. All opinions expressed are my own. 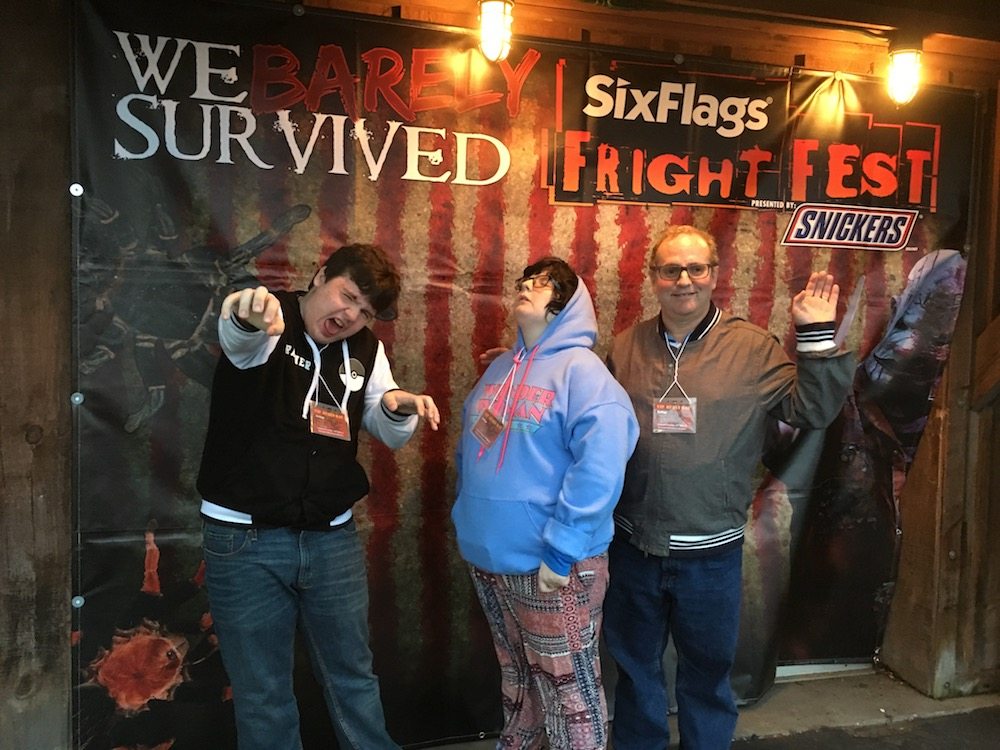