This past week’s puzzle: 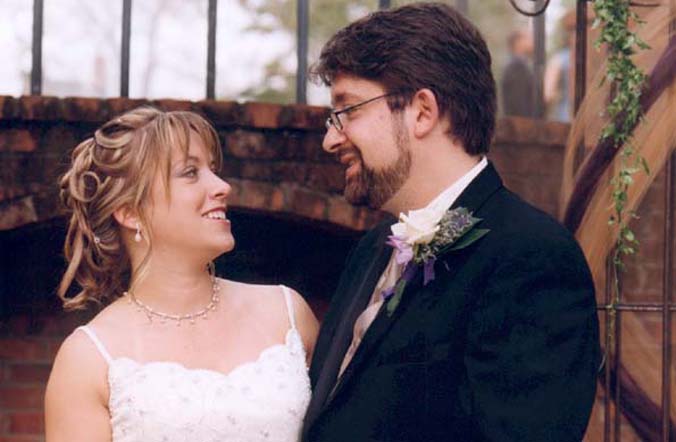 This past Sunday was a very fun day in our house. Not only was it Easter Sunday, with an egg hunt and a great service at our local house of worship, but it was also our 12th wedding anniversary. Yes, that’s right, my wedding anniversary date is 4/20. Please note that the only reason that particular date was chosen was that it was the date when the adorable bed & breakfast at which we were wed was available.

In any case, our first wedding anniversary back on April 20, 2003, also fell on an Easter Sunday — much to our chagrin, as we wanted to “celebrate big” but couldn’t, as most restaurants were closed. More recently, in 2007 and again in 2012, there was a Friday the 13th in April — on the Friday immediately before our wedding anniversary.

Thinking about these date anomalies around our wedding anniversary led me to this week’s GeekDad Puzzle of the Week: Since the Gregorian Calendar was established in October 1582, how many times has my wedding anniversary date of April 20th fallen on either Easter Sunday or in an April that also contained a Friday the 13th?

Most solutions to this puzzle broke the problem into two parts: the 20 April Easters and the Friday the 13th in April.

As the two sets are clearly distinct (as my Wedding Anniversary cannot fall on both a Friday and a Sunday in the same year), we can simply add the 12 + 63 = 75 years that meet our criteria.

Thanks to everyone that submitted a solution to this past week’s puzzle, and congratulations to Danny Bakker for submitting a correct responses and being drawn at random from the plethora of correct responses submitted. A $50 Gift Certificate from our puzzle sponsor ThinkGeek will be on its way to Danny shortly.

Learn Multiplication Tables the Visual Way With This App

Have a Ball at Home – Comic Artist Makes His Vision Real