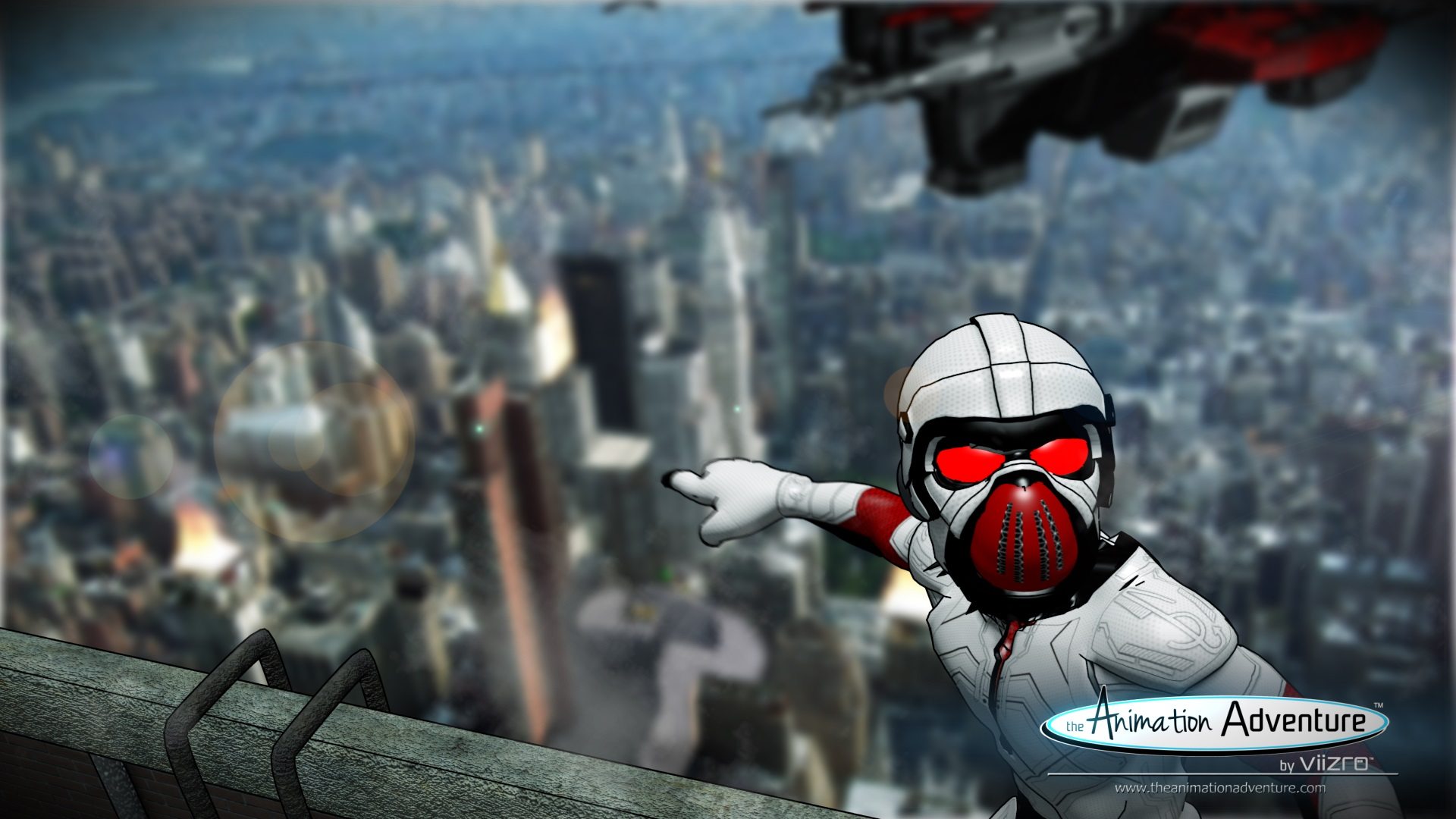 Dark clouds were forming on the horizon as the city went about its business. Little did the citizens know that a danger from beyond the solar system was preparing an invasion.

My almost-7-year-old son loves superheroes. He’s fond of Batman, but his preferred hero is Superman. He’s also enjoys the damage that only Hulk can deliver. We read The Adventures of Superman comic together when it comes in each month. And although I don’t let him watch many of the latest superhero movies, I do let him enjoy snippets; I cannot count how many times I’ve rewound and played Hulk sucker-punching Thor in that one memorable scene… he laughs every times. (So do I.)

He’s into just about every Power Rangers spin-off there is… and there are about 30 of them on Netflix. I’m not kidding. He was devastated when he lost his Superman LEGO mini figure. He has a few superhero costumes he still likes to wear occasionally around the house, and he totally surprised me with a logical (for a 7-year-old) explanation for why Batman would totally whoop up on Iron Man (my favorite Marvel character tied with Doctor Strange).

So, you can probably imagine his reaction when he came home from school recently and I sat him down in front of the TV and told him I had a huge surprise for him. I popped in the DVD and pressed Play at the menu and my son, Decker, got to see a 2.5 minute long movie preview featuring his alter ego, D-Man. It was Decker’s face, Decker’s smile, and it was Decker fighting off the bad guy and his army, taking down some aerial baddies, and really pulling off the Titanium SUPER-suit. When the movie preview ended, three little words were music to my ears — “Play it again.”

The alarm was echoing throughout the base. D-Man smiled at the screen, watching the alien craft cruising at low altitude above the streets of the city he’d sworn to protect. Hazzardus wanted a fight? Fine… he’d give him a fight to remember. 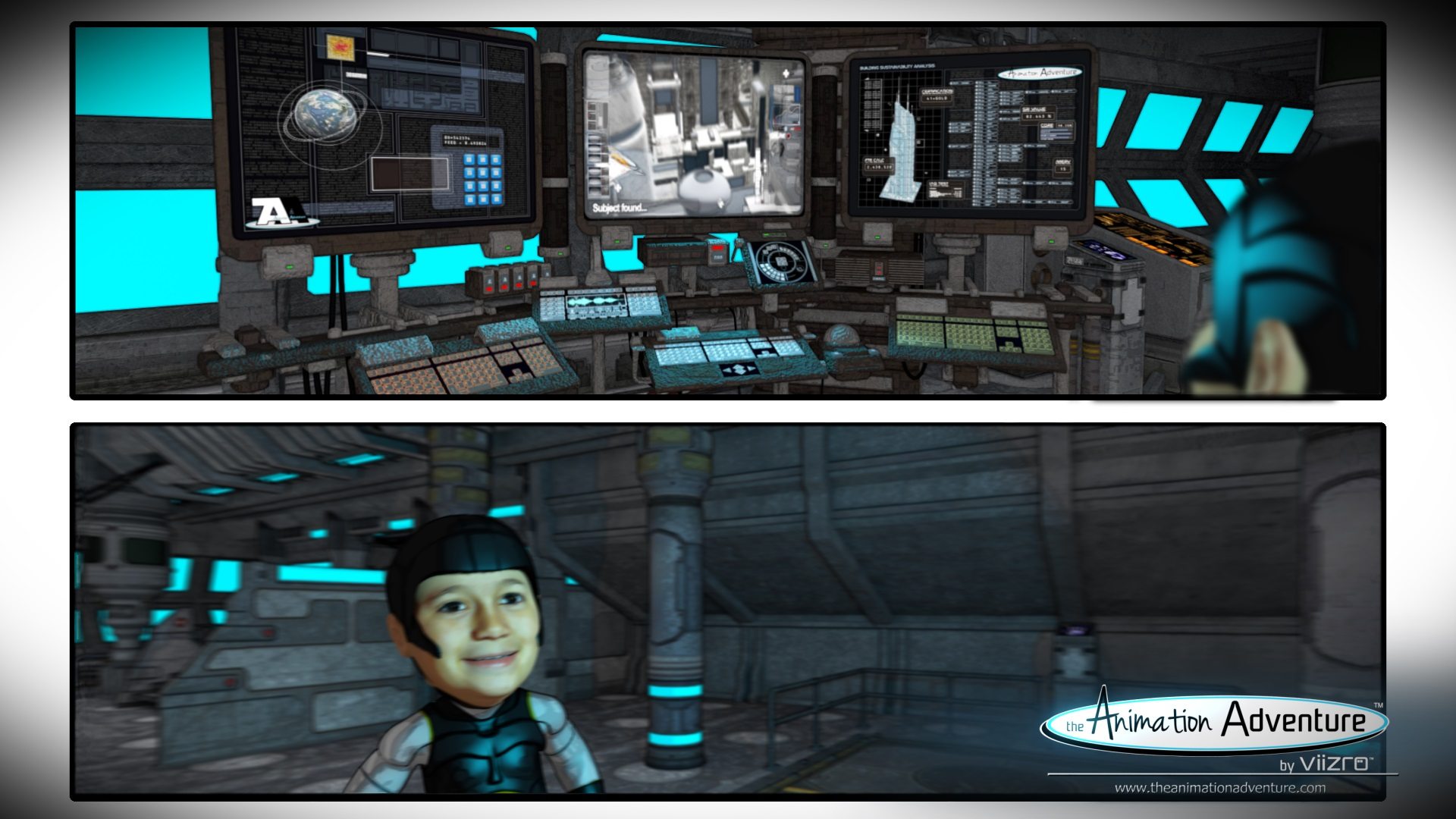 So what’s this all about? A movie trailer with my son as the lead? How did that happen? The short answer is it’s the creation of The Animation Adventure, a unique experience that allows your child (or yourself) to be inserted into a full-fledged superhero movie trailer.

The team at The Animation Adventure allow you to select a SUPER-suit, provide a couple of photos, and pick a suitable hero’s name… and then they use some software magic to create an HD trailer complete with epic background music, serious-voiceover-guy and plenty of explosions and a couple of fight scenes. What you’ve got is a sure-fire hit on your hands for any young superhero-wannabe. 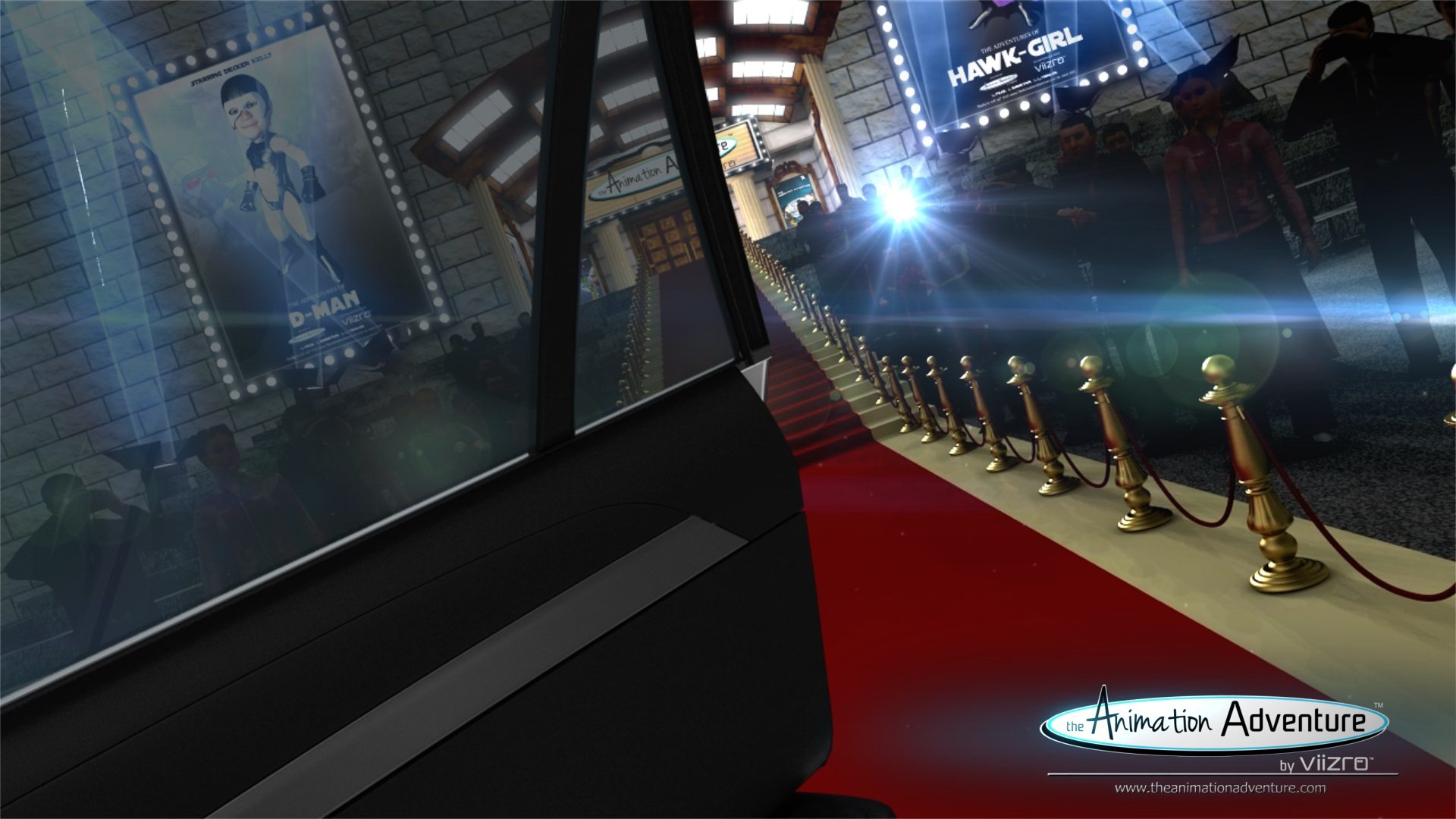 But it’s not just the trailer that The Animation Adventure team is making available… whether you’re throwing a birthday party or just celebrating a special day with your child, they’ve got some extras that are sure to wow any budding hero.

The fight was difficult, but D-Man was triumphant. He had sent Hazzardus and his fellow invaders limping back to their ship with a warning — “Do not return.” Safe and back at his base, heroes from around the globe had arrived to celebrate his victory.

Where to start? There’s a movie poster option, complete with your child’s character and hero name. If you’re wanting something with a little more *PUNCH*, you probably can’t go wrong with the life-size standing cardboard cutout of your little hero. And if you’re throwing  a party, there’s the really cool movie tickets that serve as invitations. Combine all these items with the BluRay or DVD disc (you choose, plus you get a private YouTube link upload) and your next party will never be forgotten. Here’s some sample snippets from my son’s video to give you an idea of what the movie trailer looks like…

My son absolutely loved it, and the poster on the wall reminds him daily that he really is a hero, and not just to his parents. My youngest (age 4) also enjoyed the movie trailer, and has been putting on the cape, mask, and wristbands from The Animation Adventure team and running around the house fighting crime just like his big brother.

Even better? The Animation Adventure team is telling me that they’ve got other trailer themes in the works that include an adult-themed zombie movie trailer and a pirate them among others. This is great news for parents with kids who might not be all that interested in superheroes.

Have an idea for another trailer theme? The Animation Adventure team would like to hear them, and they’re offering up a contest with 1 Grand Prize winner and 5 Runners-Up. All you’ve got to do to enter the contest (USA residents only) is answer the following question in the comments section:

What would you like to see be The Animation Adventure’s next SUPER-theme?
A.  Zombies
B.  Pirates
C.  Sports
D.  Other __________________
5 Lucky winners will receive a 12″x 18″ custom SUPER-Suit Poster and 1 Grand Prize winner will receive a full length SUPER-Suit trailer (DVD or BluRay).
Winners will be selected at random from all valid comments submitted before April 25, 2014, 11:59pm PDT. Winners will be notified via email to request mailing addresses.
A special thanks to The Animation Adventure team for providing the contest and for giving my son one very memorable keepsake!
Liked it? Take a second to support GeekDad and GeekMom on Patreon!