My kids are 9 and 12 and don’t really need cell phones yet, especially since they aren’t doing anything like walking home from school alone (we homeschool). But my daughter ended up with one a couple of years ago when we were left with an extra phone number after we cut our landline. She mostly uses it to text. My son has felt a little left out recently, being the only person in the family without their own phone, but there isn’t any room in the budget for another monthly bill. Problem, meet solution.

Scratch Wireless offers an Android phone that has free texting anywhere, and free voice and data when you’re on WiFi. I got the chance to review one recently. Scratch sent me a Motorola Photon Q 4G LTE to try out on their Scratch Wireless system. It’s got a slide cover to access the very nice, backlit QWERTY keyboard, a touch screen, dual cameras, and plenty of other goodies. It has everything you would expect from an Android smartphone, but with no contracts, no ads, and no monthly fees at all. None.

You can try the phone risk-free for 30 days. You get free unlimited texting, over both WiFi and cell networks. You get unlimited free voice and data over WiFi networks, with the option to buy voice or data access passes.

And that’s it. Simple? Yes.

It’s very easy to set up the phone, so you can start using it right away. No waiting for activation. They will give you a phone number or you can keep your old number, if you prefer. The number that came assigned to mine appears to be based in Cambridge, Massachusetts (617 area code), so it’s pretty location independent. (I live in Arizona.) The idea that your phone exchange, not to mention area code, no longer matters still dazzles me. Gone are the days of changing your phone number when you move to a new house across town. But I digress.

Using an Android phone is very unintuitive to me, being used to iOS, but it only took a few days to get used to. The company also offers plenty of help and once I signed up for an account, I got an email with links to more help including videos about how to send texts and such.

The quality of phone calls is okay. There is a distinct delay between when the person says something and when it comes across the phone, longer than for cell-to-cell calls. But it isn’t long enough to be a problem. It wasn’t anything like when I used to talk on a landline to my dad when he was working on the other side of the planet. Also, the person on the Scratch phone talking to a cell phone hears a pretty consistently clear sound, but the person on the cell phone talking to the Scratch phone on WiFi hears gaps in the sound sometimes, which knock off parts of words. I’ve never been pleased with cell reception anyway, so this is just another small inconvenience.

You do need to sign into your Google account to access a lot of the features, such as downloading apps through Google Play, etc., but that is standard with an Android. It just allows Google to permeate more of your life than Apple does on my iOS phone, which doesn’t please me.

When you hook the Scratch phone up to your computer, the phone installs a Motorola interface on your computer to move things like movies and music around, though you can also treat it like a digital camera to move photos from the DCIM folder.

What If You Need to Make Calls from Anywhere?

If you need to connect to a cell network to make calls or use data, you can buy a pass for as little as $1.99 for a 24-hour pass (choose data or voice). This is good for up to 25MB of data or up to 30 minutes of cellular calling. Alternately, you could spend $14.99 for a month-long pass. This covers 200MB for the data pass and 250 minutes for the voice pass. I wish Scratch had an all-in-one pass that included both voice and data, but maybe they will in the future. Regardless, there is no contract, no obligation, and you can buy the passes whenever you want.

Who Is It For?

Obviously, without a pass, phone calls don’t work when not in WiFi areas, so gauge your needs accordingly. But for many folks, a Scratch Wireless phone could be their only phone. And for others, it’s a great second phone or one to give your younger kids. You still end up with more connectivity than an old landline would give you. Also, you’re in WiFi areas more often than you may think. Scratch Wireless made a helpful infographic to show you just how often you could be making free calls with their phone.

Other than the unique access restrictions, a Scratch phone works just like any other Android smartphone. And it costs only $269. That’s a pretty good deal if you don’t need constant voice or data when on the go or if you prefer to have a one-time expense than a constant monthly charge.

If these particular restrictions are compatible with your phone needs, Scratch Wireless is a really good option for you. I am extremely happy with how it fills our family needs. 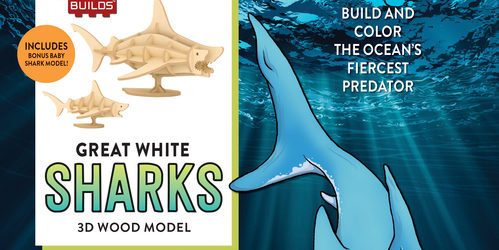