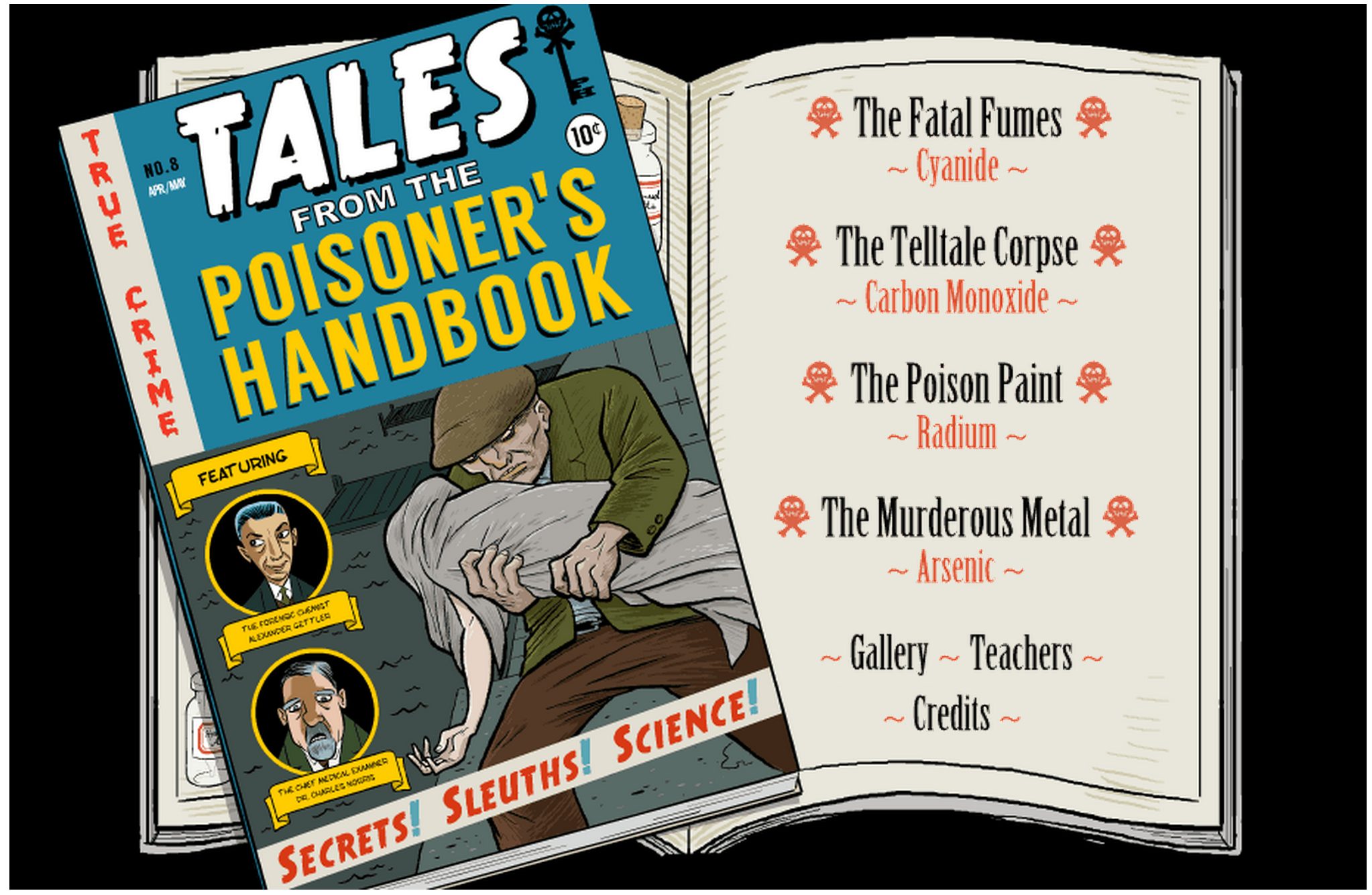 Much as I’ve been writing here about other people, I also make stuff for kids so I’m sharing one of those projects today. I just produced a digital graphic novel, Tales from the Poisoner’s Handbook. It’s an adaptation of Deborah Blum’s book about poison that WGBH recently turned into an American Experience film. In other words, it’s a comic of the film of the book, and this version is designed to engage teenagers in forensic chemistry.

Using four case studies of lethal poisons, students can find the visual evidence, chemical trails, and supporting evidence to uncover the truth and learn some basics about biochemistry – the impact of poisons on the human body. Each story contains lean-forward digital role-playing of detailed lab experiments. Students boil bones, mix chemicals, and examine tissue samples to discover how the actual science was conducted.

This so-called “epistemic” method of role-play also allows these dangerous poisons to be safely incorporated into a classroom, and our guide for doing so has been a teacher and forensic scientist, Rich Fox. When “The Fox” started teaching, there was no curriculum so he buried a skeleton in the desert outside of Las Vegas and had his students dig it up. These days, digging up skeletons isn’t in the Next Generation Science standards so digital tools (with some accompanying hands-on experiments) are proving to be the way to bring these complex ideas into the classroom in ways that can engage kids raised on crime shows and murder mysteries. Emmy-winner Gentry Menzel wrote the dialog and Kevin Lesniewicz, a stalwart of many technologies, coded this mobile-friendly project in HTML5.

Testing has been fun, on tablets and interactive whiteboards, as this has been designed for a variety of classroom uses:

It also took us to forensic labs and into classrooms where forensics is taught. Poking through the supply rooms has its surprises…

I’ll be presenting this next month at NSTA in Boston if you’re around. 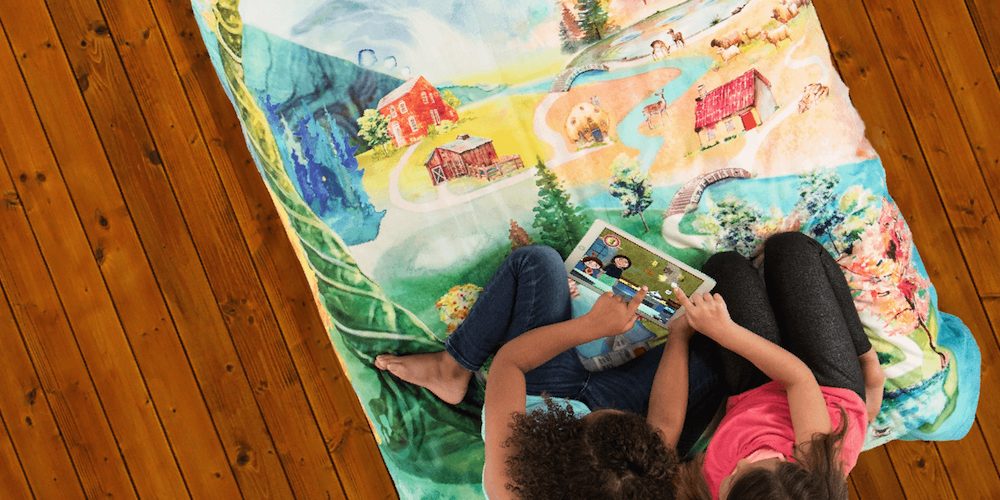 1 thought on “How to Bring Deadly Poison into the Classroom”