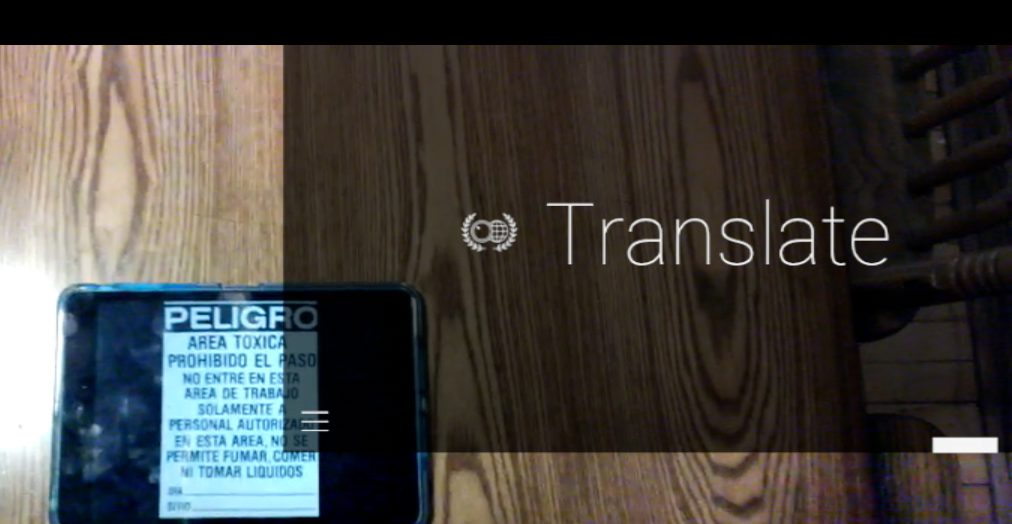 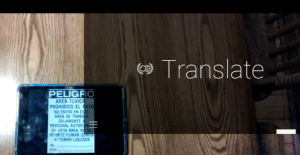 I’ve been part of the Glass Explorer program for two weeks now and I’m just now wrapping my head around the idea of wearable computing. I plan to share a lot of my thoughts around the technology in the near future by examining what it can do, and whether the public is ready for something like this yet. I’m sharing this video now because I recently downloaded a new App called Word Lens for my Glass (aka. Google Glass) and I was so shocked at what I was seeing I had to immediately share my excitement about the potential this holds.

Admittedly, I was floored when I first started playing with the Word Lens app from the Glass Store. I had to show my wife and excitedly explain what it does to my kids because it takes viewable text in Spanish, German, Italian, French, Portuguese, and translates it into English (or vice versa). It’s not displaying text like they do with the subtitles in a kung-fu movie like you might expect, they are replacing the words within the context of the sign itself. Just watch the video to see a technological magic trick.

I felt like Neo from The Matrix after seeing this work the first time. ‘Whoa’. 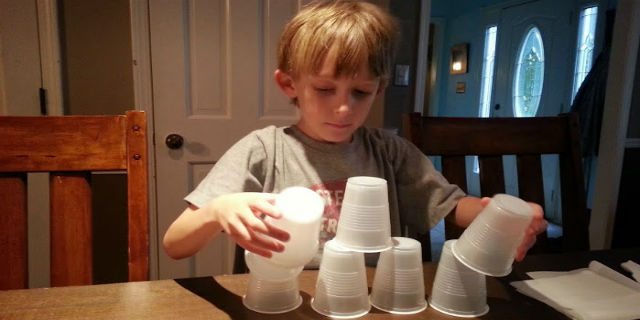 1 thought on “How Word Lens Translates Text on Google Glass”