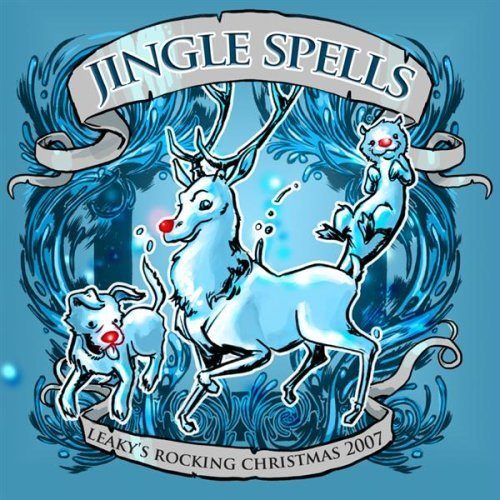 With just a few hours left before Christmas music is a thing of the past — at least until next November — you’d think I could survive another few moments of traditional classics. And you’d be wrong.

I mean, I’ve got Christmas Spirit™ to spare, but the relentless audio assault of this holiday-themed musical fare has long since crossed the threshold from seasonally appropriate and into the realm of the obnoxious. When I shop at my local department store, I am crushed by the melancholy weight of “Blue Christmas.” While I wait on hold, “Little Drummer Boy” incessantly pounds his way into my skull. At night while I slumber, “Donde Esta Santa Claus” plays in an endless loop over my horrifying (and inexplicably bilingual) dreams.

There’s obviously little wrong with the songs themselves, as they are classics for a reason. Instead the problem seems to lie with the limited aural palette from which we draw our Christmastime selections. Yes, Virginia, there is a wealth of other songs from which to choose.

Hit the jump for a list of 10 traditional offenders, and, since this is GeekDad, 10 slightly geekier alternatives.

“Rudolph the Red-Nosed Reindeer” — Gene Autry
From his early days as a Montgomery Ward pitchman to his haphazardly animated Rankin/Bass television special to his eventual absorption into popular culture, Rudolph the Red-Nosed Reindeer taught us all an important lesson: one of acceptance and personal pride. Sadly, the song is less specific. To this day, I have no idea what constitutes “reindeer games.”

Unbeknownst to all save post-punk laptop rapper MC Lars, Rudolph has an illegitimate brother who also saved Christmas. You can hear his tale of woe in Lars’s “Gary the Green-Nosed Reindeer,” originally from the 2006 charity compilation A Santa Cause — It’s a Punk Rock Christmas Vol. 2. It’s that rare piece of Yuletide songwriting to reference Osama Bin Laden.

“Santa Baby” — Eartha Kitt
In 1953, jazz chanteuse and future Catwoman Eartha Kitt described to Santa, in no uncertain terms, the various extravagances she required for a merry Christmas. It boasted a sassy, sexy shot of seasonal consumerism that made it a runaway success, and has, in the 60 years since its initial release, been covered by every man, woman and child on planet Earth. Madonna, RuPaul, Everclear and even Miss Piggy have taken a stab at this track, thus making it nigh inescapable.

Rather than break out this silky but well-worn number (or one of its less adept offspring) this year, why not toss something a little different into the mix? Wizard Rockers The Parselmouths’ “Voldy Baby,” for example, has a similar level of cheek coupled with uniquely geeky subject matter. It also uses the phrase “Floo Network” as a clever double entendre. Who can ask for more?

“The Chipmunk Song (Christmas Don’t Be Late)” — Alvin and the Chipmunks
Damn your black heart, Ross Bagdasarian! As David Seville, you unleashed upon the weary world a holiday tune so undeniably syrupy as to enchant children (and repulse adults) across the breadth of five decades. My kids play it incessantly so as to drive me mad, just as I did with my parents and them with theirs. May the circle be unbroken.

We get it: Alvin wants a hula hoop! If you must play a dated, pitch-altered gift-giving ditty, why not 1980?s “What Do You Get a Wookiee for Christmas (When He Already Owns a Comb)?” It’s from seminal Star Wars cash-in Christmas in the Stars, which, oddly enough, has nothing to do with The Star Wars Holiday Special. Save the fact that both kind of suck. Still, it’s long since fallen off the Christmas radar, and could probably use a revival.

“Santa Claus is Coming to Town” — Bruce Springsteen and the E Street Band
Never has The Boss sounded so commanding, so full of goodwill toward men, so utterly constipated. Yes, Clarence needed a new saxophone, Little Steven a festive head scarf, and Bruce a double-shot of Metamucil. It’s a fun track and all, but haven’t we heard it enough?

Instead of further plumbing the depths of this classic rock catastrophe, why not check out another member of rock royalty alchemically fused together with some pop classics for the sheer sake of holiday lunacy? Mash-up mastermind mojochronic will be having a “Lou Christmas (Without You).

“We Three Kings” — Mannheim Steamroller
Mannheim Steamroller Christmas — much like communism and the iPod Shuffle — sounded like such a great idea in theory; you take Yuletide classics and you rock them up a bit. Unfortunately, what you end up with sounds less like “modern contemporary” takes on old school Christmas tracks and more like elevator music. Really dynamic elevator music. “We Three Kings,” for all its bombast, falls particularly flat. This, of course, won’t keep your local all Christmas music radio station from playing it 40 or 50 times a day between now and year’s end.

Instead, I suggest “We Three Konami” from Doctor Octoroc’s classic release 8-Bit Jesus. Imagine if the three wise men had been Solid Snake, Simon Belmont and a Contra commando. Yeah, it sounds like that.

“Sleigh Ride” — The Carpenters
My mom likes The Carpenters. So does yours. All moms love The Carpenters, and thus they are played on infinite repeat in every cinnamon-tainted home interior tchotchke shop in the civilized world. Their 1978 album Christmas Portrait is the stuff holiday-themed Adult Contemporary playlists are made of, and “Sleigh Ride” seems to be the favored track. But it sure ain’t no “Calling Occupants of Interplanetary Craft.”

For those who must get their Carpenters fix, try “Carpenters Christmas” by esteemed remixer Go Home Productions (of “Rapture Riders” fame). It layers Karen’s silky voice atop the dancehall rhythms of Roots Radics with surprisingly appealing results. It’s still available as part of that old school masterpiece the Santastic II: Clausome bootleg compilation.

“Jingle Bell Rock” — Bobby Helms
In the 1950s, the prevailing notion was that one could vastly improve youth appeal by adding the word “rock” to any phrase, item, or activity. Folks rocked around clocks, in jailhouses and, yes, they even rocked Christmas carols. Pioneering musician and Rockabilly Hall of Fame inductee Bobby Helms released this song in 1957, and it has returned like an odd Yuletide curse practically every December since.

I much prefer ComputeHer and 8 Bit Weapon‘s chiptune/ vocoder arrangement “Jingle Bitz.” It’s got a unique appeal that stays true to the retro chic of micromusic whilst still jingling all the way. Plus, I don’t think you’ll have to hear it blaring from every musical Christmas card you receive this season.

“Do They Know It’s Christmas?” — Band Aid
This landmark 1984 single from the British charity supergroup has been chided for being self-righteous, Anglocentric and geographically inept, but there’s also the oft-overlooked issue of it simply not being a very good song. Widely parodied by everyone from The Simpsons to Pulp, “Do They Know It’s Christmas?” is now merely viewed as another poorly executed relic from the 1980s, and yet we’re still forced to endure it each holiday season.

For those who are looking for a little charitable giving coupled with their holiday music, look no farther than that Potter fandom super-site The Leaky Cauldron. Their Jingle Spells compilations raised tons of money for charities like First Book, and Jingle Spells 2 featured the track “A Ministry-Approved Christmas” by Welsh WRocker Peeved. He might not be Bob Geldolf, but he knows his way around a pop song.

“Feliz Navidad” — Jose Feliciano
“Feliz Navidad” is recognized as one of the most-played Christmas songs in the world. For anyone who disputes this claim, I have a simple challenge; try not to hear it. Seriously, try to make it through the month of December without once hearing Jose chirpily wish you a Merry Christmas and a prosperous New Year. I hope you have better luck escaping this track than I have.

There’s really no way to replace “Feliz Navidad,” as it is inexhaustible. If you could somehow harness the energy inherent in this track, you could easily power all the Christmas lights on the eastern seaboard. It’s the horns, man. It’s got to be the horns. So why not find another song with equally hot brass? My suggestion is The OneUps’ “Super Mario’s Sleigh Ride.” Like everything from Mustin and Co., it distills the musical melody of video games past into a perfect parcel of jazzy glee.

“Wonderful Christmastime” — Paul McCartney
McCartney penned this popular Christmas ballad in 1979, when the synthesizer was finally coming into its own. How the warbling, panning synth line behind this track didn’t both kill the instrument’s momentum and destroy Christmas is a mystery for the ages. Say what you will about Paul, the guy can crank out a great pop ditty. Trying to induce vertigo in your listening audience, however, is a little uncalled for.

Some people are Beatles people. Some are Stones people. Some are Elvis people. I, personally, am a Kinks person, and thus I heartily endorse OK Go — whose delightful Youtubery and kinship with They Might Be Giants easily launched them into nerd stardom — and their 2006 cover of “Father Christmas.” It’s from that year’s KROQ Christmas compilation, but it can also be found floating about the Internet.

From Clowns to Zombies, Video Series Examines Why We Get Scared 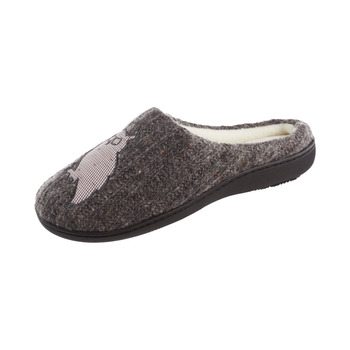 Isotoner Gloves and Slippers Are a Classic Gift Idea