Once upon a time, a legendary hero named Link set sail on an adventure that looked nothing like his previous escapades. Thanks to today’s re-release of The Legend of Zelda: Wind Waker HD for the Wii U, you can join him on that journey again, and the updated visuals blow the previous Zelda games out of the water.

Wind Waker, originally released for the Nintendo GameCube in 2003, follows Link on his journey to save his kidnapped sister. Along the way he meets new allies like the feisty pirate Tetra, the whimsical and slightly bizarre Tingle, and his faithful guide on the Great Sea, the King of Red Lions. Link stops at nothing on his trek to save his sister Aryll and unravel the mystery of the princess Zelda along the way.

If you played Wind Waker ten years ago, you know exactly what game play to expect in the re-release. Wind Waker HD does boast a few new improvements, however, including a faster sail and the ability to use Tingle Bottles to share pictures and tips with other players in the Miiverse. (This can be limited to friends only or turned off completely.) The Wii U’s GamePad is also put to good use, functioning as your map, compass, and inventory, and as a comfortable controller. I never was quite at ease with the Wii’s remote, so the GamePad is a welcome improvement, especially for timing Link’s swings and jumps. And don’t forget that the GamePad functions as a handheld device, so you can take and play Wind Waker with you anywhere in the house.

The most signifiant enhancement, however, has to got to be the updated visuals, now in 1080p for the first The Legend of Zelda HD experience. Wind Waker was already notable for the unique use of the cel-shaded animation style, and seeing it in HD makes it all the more remarkable. The colors are bright, eye-catching, crisp, and almost impossible for geek kids to ignore — including my own.

If your young geeklings didn’t feel drawn to the dark tones of Twilight Princess or the daunting world of Skyward Sword, Wind Waker HD is a fantastic choice for the first Zelda game to play together. My four-year-old actually enjoyed watching Skyward Sword, but Wind Waker has completely captured her attention. Since my husband and I played Wind Waker years ago, we know what to expect from the story, so we’re able to play the remake together as a family without worrying about anything too scary or startling. I’m ecstatic to pass on our fondness of the Zelda games to our daughter with a game that we already love.

The Legend of Zelda: Wind Waker HD is available today in retail stores for $49.99. You can also download a copy of the game directly to your Wii U through the Nintendo eShop. Simply use your Internet-connected Wii U to browse the store and select Wind Waker; you can choose to pay with a credit card, Nintendo pre-paid card, or with a code from a participating retailer. 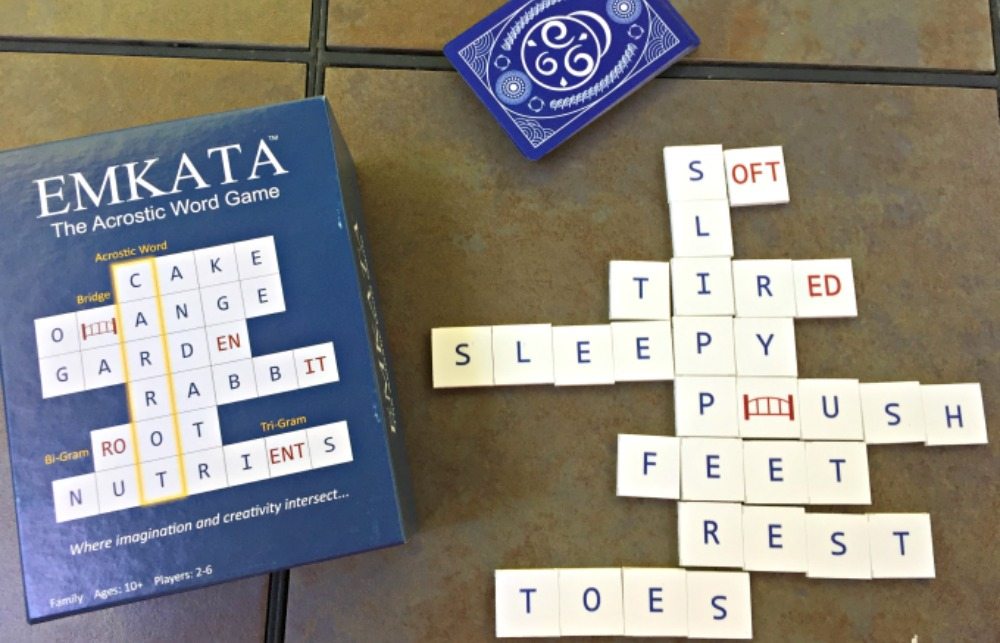 ‘Emkata: The Acrostic Word Game’ Is Perfect for Summer!

GeekMom: Between the Bookends: 4 Books We Read in March 2021