In this week’s adventures climbing the cliffs of insanity, I look at the first two episodes of Marvel’s Agents of S.H.I.E.L.D., including a theory on why Tahiti is a magical place, DC Comics/Warner Bros. dives headfirst into the superhero television business, and finally,  I join the tablet generation with a mini iPad but my favorite part is my custom case.

“Tahiti Is A Magical Place”

A Life Model Decoy (LMD) is the most obvious theory on why Agent Phil Coulson lives in Marvel’s Agents of S.H.I.E.L.D. after he “died” in The Avengers. I still like my theory of him being resurrected by Marvel God Jack “King” Kirby, but the pilot episode of S.H.I.E.L.D. offered an explanation in plain sight.

That’s the device Agent Ward risked much to retrieve from Paris in the pilot and the one Rising Tide was so interested in. It’s what Ward tosses across the table at Maria Hill just before Coulson appears.

In my re-watch of the pilot, that clue seemed to have a blinking neon sign attached. This solution would explain a great deal. Say Coulson was critically injured in The Avengers, but alive. After the battle of New York, which only took a few hours in real-time, S.H.I.E.L.D. found several neural nets used to animate the Chitauri drones and decided to kill two birds with one stone. One, they wanted to test how this might work on a human. Two, they really did want to save Coulson’s life.

So Coulson is now a walking, talking experiment in alien technology. That explains how S.H.I.E.L.D. could implant the phrase “Tahiti is a magical place,” that seems to be Coulson’s knee-jerk reaction to any inquiry into his recovery and why Coulson can never know.

And while an LMD would fit the clues, that answer just seems too pat.

As for the first two episodes of the show? Anyone expecting the all-out awesomeness of The Avengers movie is going to be disappointed. That’s probably setting the bar too high for any television show. Overall, I’m having a blast watching it.

Overall, I’m in for the season. This is one of the two shows the entire family likes to watch, along with Doctor Who, and I love the fun of it. I’m hoping more substance will come.

My Comic Book Boyfriend Is Coming to Television

A dear late friend of mine used to say that Greg Grunberg was her television boyfriend. What she meant was  Grunberg usually played the average guy, the character generally overmatched, but still standing up for what’s right. He’d probably be a good guy to hang out with at home with, too.

That’s what Jim Gordon is for me.

He’s Batman’s conscience, the guy stuck with the dirty job of reforming the system from the inside because he knows the law has to be upheld by someone. He’s also a really good dad (most of the time, depending on which version you’re reading/watching). Sure, the Bat-crew has its share of hotties but can anyone imagine Bruce Wayne picking up a quart of milk on the way home or taking out the garbage? I thought not.

So imagine my absolute delight in the announcement of the upcoming Gotham series, which will feature a young Jim Gordon as a police detective in a pre-Batman Gotham City. (If you don’t want to imagine my delight, you can always check my Twitter feed for my fangirl meltdown.) Yes, there was also a series starring John Constantine announced last week too. But he’s not my comic book boyfriend.

Gotham already has a series commitment from Fox, meaning this show will get made. So what would I like to see?

I don’t have a preference for the actor to play Jim Gordon. I have an image of what he should look like in the comics and that’s usually a version by Jim Aparo or Jim Lee ,but I have no solid choice for a live version. Gary Oldman was terrific in the recent movies, but obviously Gary Oldman isn’t going to take a long-term television job. Likely, Fox will go for a younger actor a la Stephen Amell  in Arrow, though I hold out hope for a mid-thirties Jim Gordon, more like Simon Baker of The Mentalist, another Bruno Heller show.

What really interests me is the cast. Though my love for Jim Gordon has no bounds, I recognize that he’s yet another straight white dude at the head of a superhero franchise. We still have no women or non-white men leading superhero franchises.

Gotham could mitigate that by including the diverse cast of police officers that already exist in the comics. The characters include Renee Montoya, familiar to viewers already from Batman: The Animated Series, Josie Mac, a detective with a supernatural knack for finding things, Crispus Allen, and Sarah Essen, a Frank Miller creation from Batman: Year One. Round the team out with the underrated Harvey Bullock, and Gotham will not only have a diverse cast but a fascinating one.

I’ve already heard people wonder how Gotham could be interesting without Batman. There is plenty of story material for the show. For one, Gotham has always been a haven for underworld crime families, and criminal misfits of all kinds. Killer Croc is native to Gotham, so is Penguin, so is the Riddler (Edward Nygma), and perhaps a pre-Joker Red Hood. Gotham could be all about ordinary police officers trying to hold the line against those with greater power, both literally and figuratively.

Ordinary cops dealing with the mob and super-villains in a city that’s falling apart. In other words, a city like Detroit with supervillains.

And speaking of Gotham….

I finally have a tablet, an iPad mini. The first order of business after setting up the iPad was obtaining a proper case. I searched around first for superhero-themed cases and almost settled on Batman, but I wanted something unique. As much as I love Batman, he’s all over the place.

I googled some more and found Caseable. From their website:

From Brooklyn and Berlin, two dynamic cities at the nexus of art, street style and culture, caseable offers a unique perspective on design for all your electronic accessories need. With our finger on the pulse of emerging trends, underground artists and popular hits, we seek creative art and design that reflect our urban lifestyle, interests and attitude.

Caseable’s artist’s collections were cool and funky but they also had a “create my own” function and that’s what I did, uploading two of my own book covers. Luminous is my Gotham-inspired urban superhero story and the design by Nathalie Gray looks great against the black background cover.

The case cost $59.95 and arrived within a week of ordering, even with the custom design, so I’m very satisfied with the purchase. 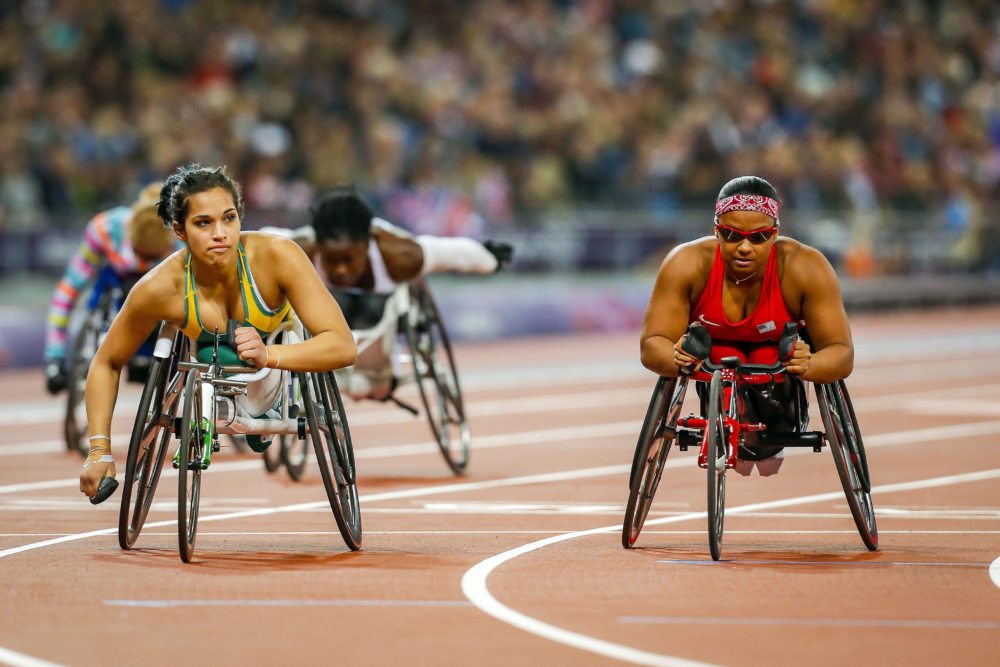 Tune Into the Paralympics Now — Records Are Being Set! 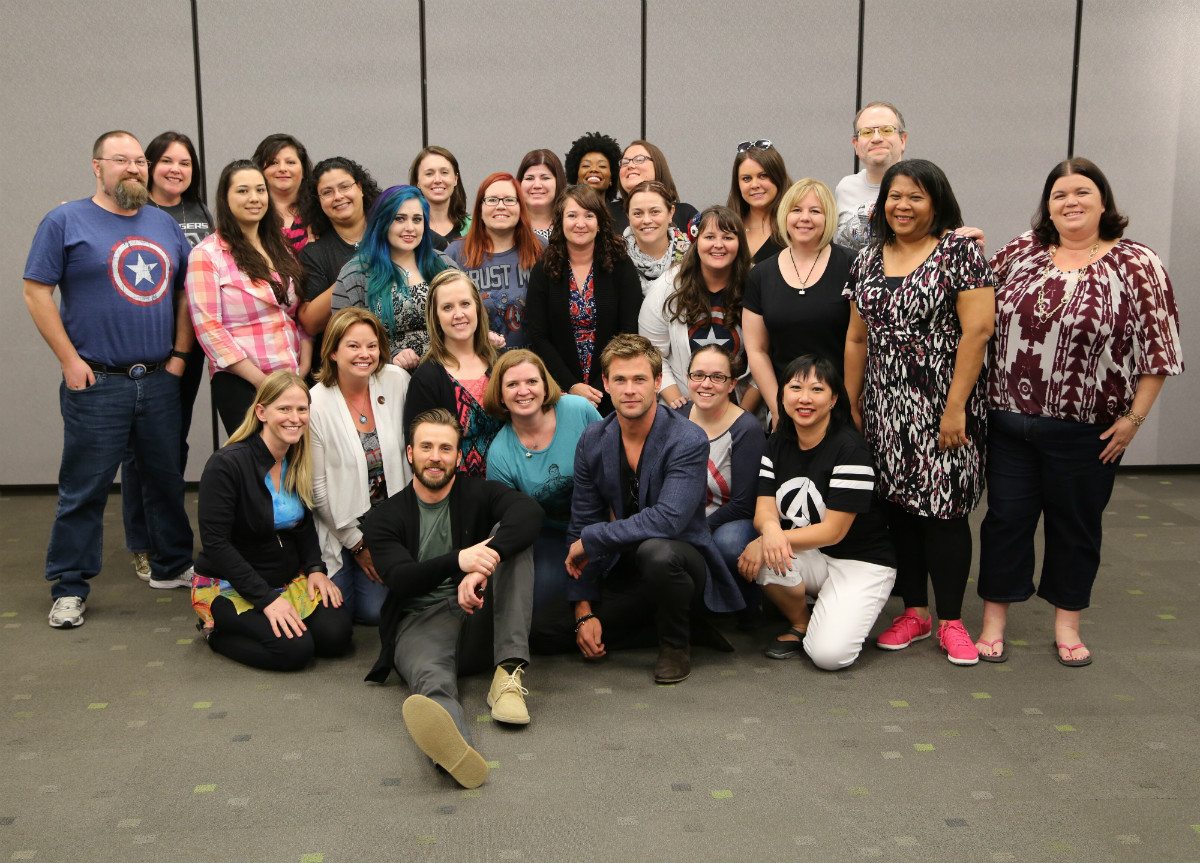