This evening (10/15) PBS will air Superheroes: A Never Ending Battle, a documentary by Michael Kantor featuring interviews with Stan Lee, Adam West, Lynda Carter, Geoff Johns, Jeph Loeb, Michael Chabon, and too many others to list here. The three-hour series will start at 8pm Eastern and examines the evolution of superheroes from the dawn of the comic book to their presence in today’s pop culture … including that other show that airs at 8pm on Tuesdays. (So you’ll have to set your DVR or make a tough choice about what to watch for the first hour.)

The documentary, narrated by Liev Schreiber, will be in three hour-long parts: 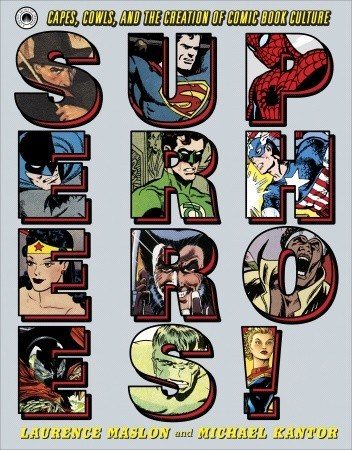 In case you miss it, you can pick up the documentary on DVD or Blu-ray; the discs will also include some exclusive extras. There’s also a companion book available, released at the beginning of the month, from Crown Archetype (a division of Random House), Superheroes!: Capes, Cowls, and the Creation of Comic Book Culture.

I haven’t watched the documentary yet, but I did get a review copy of the book and it’s chock full of information about the history of superheroes and comics. While there is coverage of TV shows and movies, it does seem like the book has an emphasis on the comic book and its history, while touching on iconic and influential examples of film and video.

You can watch the preview videos above, or visit the PBS website for more information.

1 thought on “Superheroes: A Never Ending Battle on PBS Tonight”