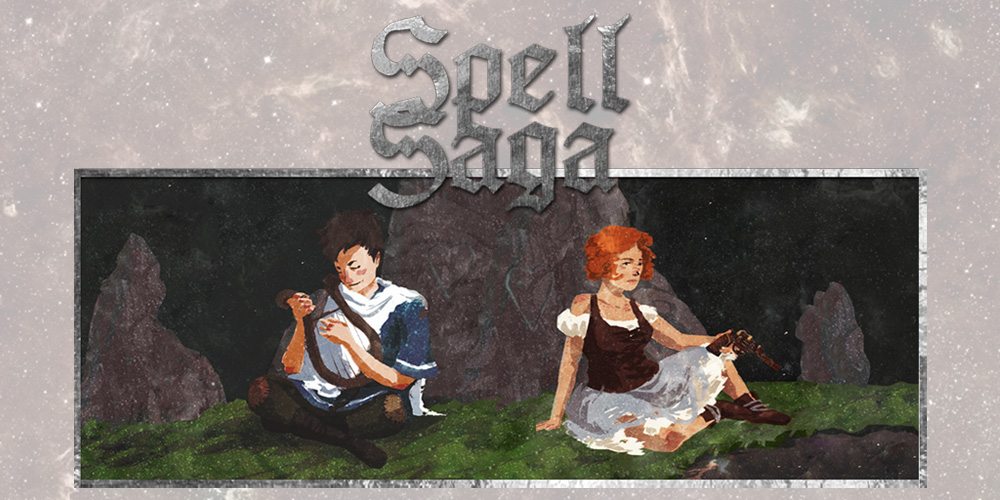 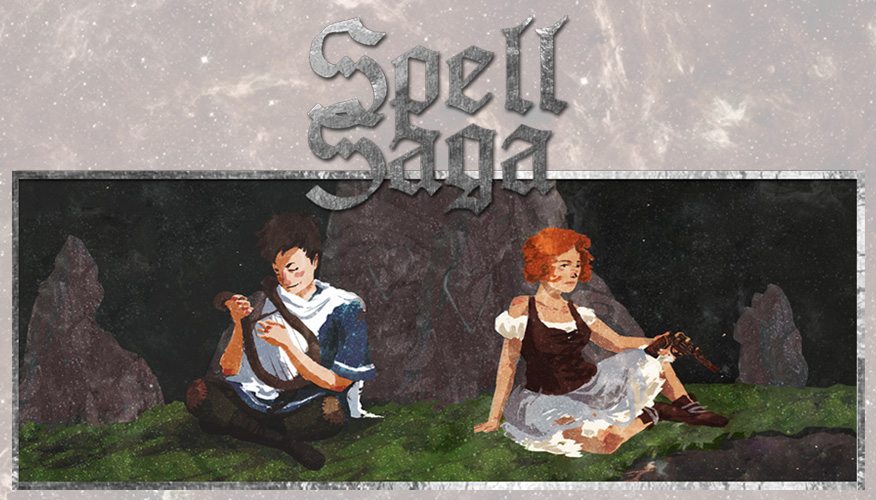 When the world ended, everything was broken. The musicians went in search of answers but they haven’t returned. Now the Last Minstrel, armed with only a rusty revolver, seeks clues, starting in a crumbling tower.

This is how Spell Saga starts. It’s a story, but not one that you read—it’s one that you play. Designer Todd Michael Rogers calls it a “tabletop novel,” and it’s a bit like a cross between a card game and a Choose Your Own Adventure book. The game is currently seeking funding on Kickstarter: a $30 pledge gets you the base game and any stretch goals reached, and there are a few higher pledge levels that add other bonuses. Or, you can pledge for the $5 soundtrack and print-and-play prelude (which is included at higher levels).

I was able to try out a prototype of Deck 1 (the full story/game will come with 4 decks of differing sizes). Here’s how the game works.

When you start off, there will only be a few cards on the table, but make some room—you’ll need it. You start with a single Hero—The Last Minstrel—and one item, the Rusted Revolver. There will be one card in the Story Pile, and three Place cards—the three cards that form the Crumbling Tower. You’ll have no cards in your hand, no cards in your Source pile, and 1 card in your Armor PIle. (The Source Pile and Armor Pile are just sets of face-down cards that are used for currency and health, respectively.)

When you start the game, the only place to go is up the tower—but this will put a few more locations into play, and will also add a couple more cards to your Story Pile. This part of the game will usually play out about the same way, unless some of the early cards wind up face-down in your Armor or Source Pile, in which case you won’t find them in the deck. But once you’ve gotten past this stage (it feels a little like a tutorial stage of a videogame) then things might go anywhere.

One of the key components of the game is the Story PIle—the number of cards in the pile is sort of an indicator of how far along you’ve journeyed. Every time you encounter a Story card, it is automatically placed in the pile; in addition to any special effects that particular Story card has, it also lets you add 1 card to your Armor and increases the capacity of your Source Pile. But the other thing it does is allow you to “acknowledge” higher-cost cards (and, unfortunately, enemies).

For instance, early in the game, you’ll battle enemies like the 2-cost Goblin or the 3-cost Boneshamble skeleton. When you come across monsters that have higher cost, they’re ignored—they haven’t occurred in your story yet, basically. As you progress, though, you’ll be forced to battle much stronger and nastier enemies when they appear (like the evil Meow-Meow, who keeps managing to steal my revolver).

Other cards that show up in the Action Pile or your hand can be put into play by paying for them using Source cards—these just go back under the deck. Again, you can’t put anything into play unless your Story Pile is high enough to let you acknowledge that card. That means there are places you can’t go, items you can’t obtain, and people you won’t meet until you’ve progressed to the right place in the story.

There are Folk cards in the deck which have various uses—many of them get attached to whatever Place you’re visiting, and then get activated by using vegetable items. Then these cards can become useful Items or even additional Heroes to help you in your journey. You can travel as a pack or split up to explore locations separately. You also have access to Spell Songs—you’re a minstrel, after all—that can help you attack, discard Places you don’t want to visit anymore, or help you add more Armor.

If your Hero ever runs out of Armor, you die, and the game is over. Your goal is to reach the end of the game (going through all of the decks) before you die. While the overarching story is always the same, the details change each time you play: which people you encountered, what locations you visited, the items you used, the enemies you faced.

Since I’ve only played through the first deck, I don’t know yet how the story ends, but it’s intriguing. Some of the cards have more text on them, giving you more details about the story. The Story cards have the most text, of course. Most of the Place cards have some snippets of poetry that give you hints about the location, and you can piece together the rest from the effects of the cards. The Folk cards also have some text on them—but it’s also couched in poetry rather than being a straightforward story.

There are some things I really love about the game, some mechanics that I find intriguing, and some things that I’m not quite sure about.

Here’s what I love: first, the concept. When I first heard from Rogers about the game, he described it as a tabletop novel and a one-player card-based roleplaying game. I was really curious how it would work. Here you have a story that you “read” by playing a card game—there’s a direction that the story wants to go, but things can come up that prevent the main character from getting there. Or he might die.

I also really love the artwork on the game. The enemy cards have little sketches with labels, like something out of a field guide. The other cards—Hero, Items, Folks—have a painted illustration style that really fits the fairy tale feel of the story. I do wish the Place cards had some more illustration as well, because with just the textured background and lines of text, they all end up looking the same from a distance.

Some of the mechanics aren’t anything new: you draw cards, you encounter things randomly, you pay for things using a stack of face-down cards that serve as currency. Since you have two (or more) piles of cards that are face-down, that means there are some things you won’t ever encounter until those cards are spent and cycled back into the deck—I’ve seen that in some other games like San Juan, where some cards are used face-down which can effectively remove them from the game temporarily. In Spell Saga, however, you want to be sure that the cards you really need to progress through the story aren’t stuck in your Source or Armor Piles, and there are some cards that allow you access to them.

The Rusted Revolver, the card that you start with, is one of the few offensive weapons in the game. Since there aren’t any dice involved, the way it works is you cut the deck and look at the cost of a card at random—that’s your attack against the enemy. Since the cost ranges anywhere from 0 to 10, your revolver is unpredictable. But the more low-cost cards you can pull out of the deck (say, into your hand), the more higher-cost cards are left for you to use when you fire.

An interesting mechanic I hadn’t seen used much before is the ability to turn cards face-up in the deck. Each turn you’ll get to draw a card and then place it either in your hand or in your Source Pile—but you don’t get to look at it unless it goes in your hand. So this can be a tricky decision: you want to keep your Source Pile maxed out so you can afford to buy things, but you don’t want that really useful item buried face-down in your Source Pile. The ability to turn cards face-up in the deck gives you an edge when you’re trying to decide how to use things. There are some cards that let you turn Items face-up, some put Enemies face-up, and some just let you pick a bunch of different cards and put them face-up. I’ve also come across cards that let you peek at either the Source or Armor Piles and use cards from there, providing another possibility of retrieving useful cards from these otherwise inaccessible locations.

I don’t often play solitaire games: I do have several games that include solitaire rules, but this is one of the few I’ve encountered that is designed specifically for solo play. However, I do often find myself wishing I could play a game when it’s not convenient to get a gaming group together. (Usually that means I end up playing something mindless on my iPad, sadly.) What I found was that playing a solitaire game can feel pretty lonely, but in a different way than reading a book can feel lonely. I definitely think having a soundtrack (there will be one included) is a good idea because you need something to provide a little background noise when there’s no talking going on.

But this sort of storytelling with cards seems to be a growing trend. While Spell Saga is quite different (in theme and mechanics) from the Pathfinder Adventure Card Game, there are still some similarities. Both have an overarching storyline that players are following. Sure, you can lose, and that’s another way that the story turns out, but if that happens you’ll just play it again until you win. The cards you’ll encounter are random, based on the luck of the shuffle, but they’re restricted by the story, too. So in Pathfinder ACG, you’ll encounter more difficult monsters as you progress through the adventure decks because you’ll literally shuffle those cards into the monster pile as you go. In Spell Saga, it’s because of the story cost of the cards—when it’s too high, you just ignore it because that encounter simply won’t happen yet. Ultimately, both games provide you with a story to tell after you’ve played the game, and the story will be somewhat different each time you play, even though the beginning and the ending are the same.

I’m backing Spell Saga because I love seeing game designers experiment with new mechanics and concepts, and this is one that’s definitely off the beaten path. Even though I’m still somewhat on the fence about whether or not I enjoyed the experience of playing a solitaire game, I’m really intrigued by the idea—I like the way it makes my mind wander in places it doesn’t usually go.

For more about Spell Saga, visit the website or the Kickstarter page.

Disclosure: I received a partial prototype of Spell Saga for review. Also, if the project successfully funds, I might be hired to help proofread and edit the game. 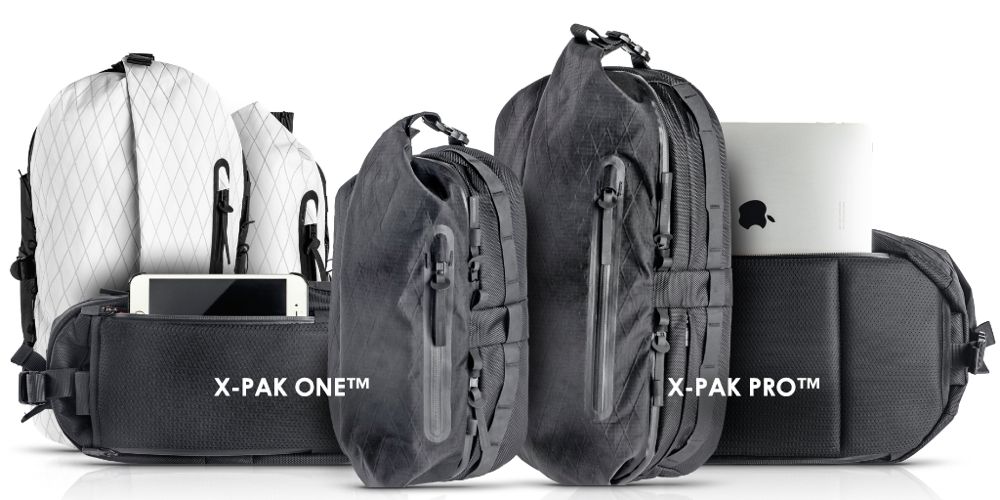 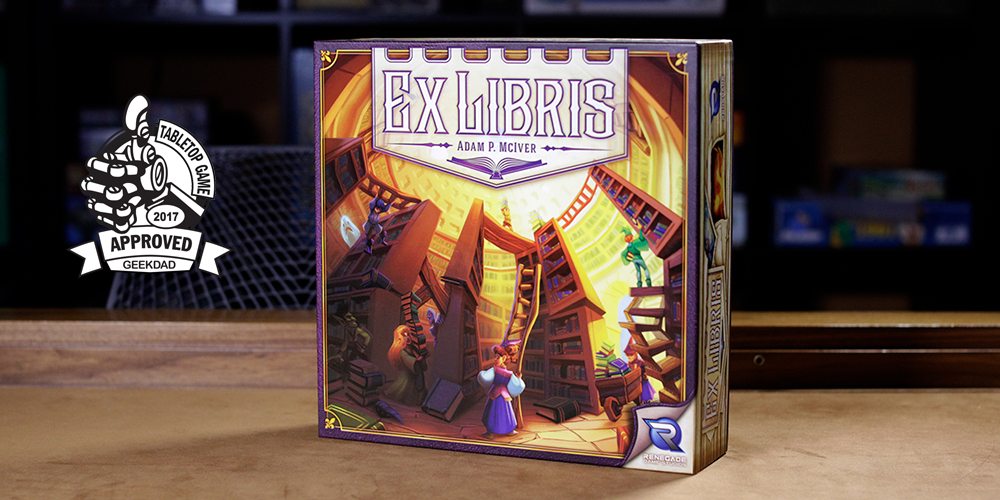