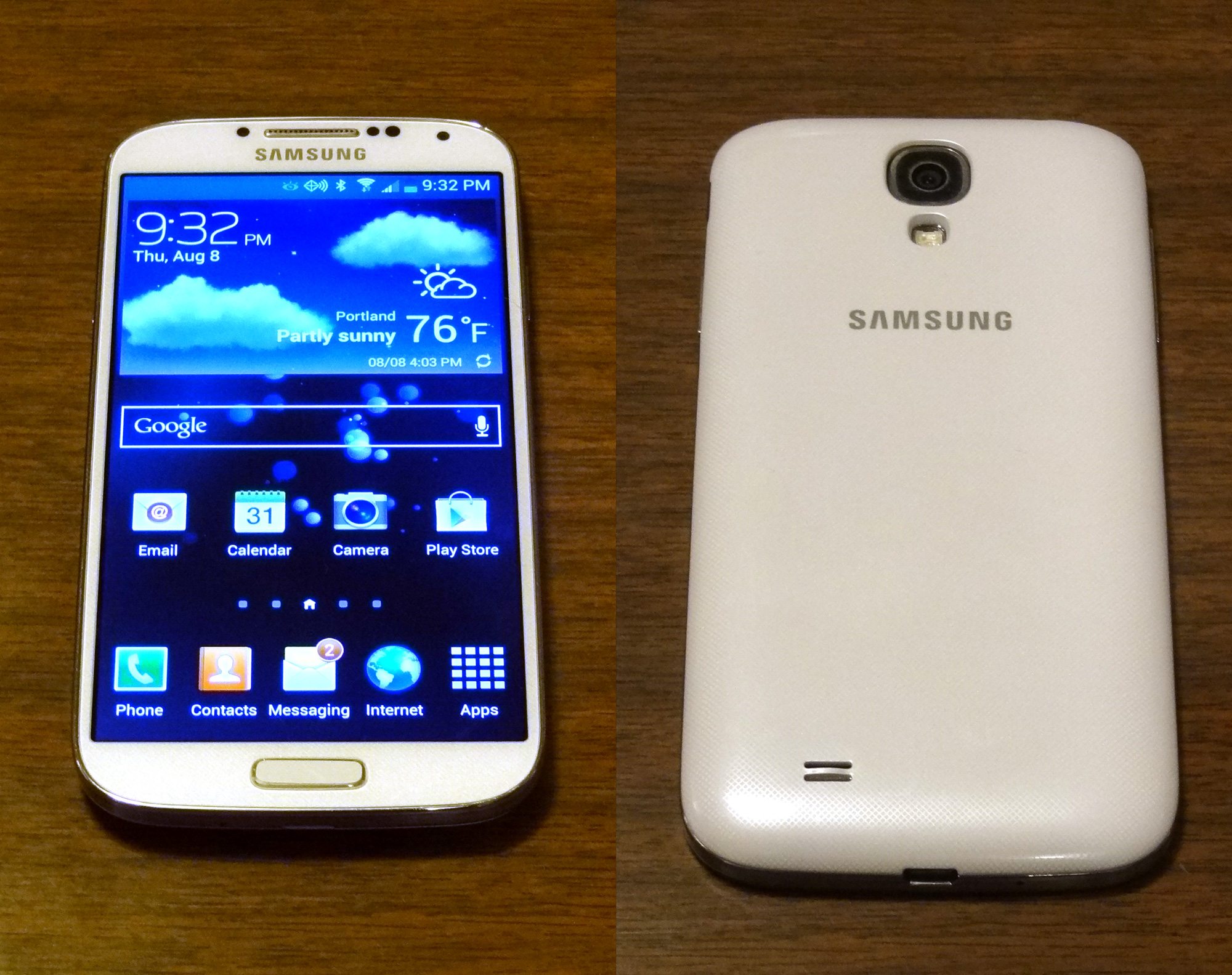 The Samsung Galaxy S4 was released in June this past year, and hearsay is that the S5 will be released as early as January 2014 (in part because of slower sales of the S4). I’m a bit behind schedule, but I got an S4 to try out for a few months and I’ve been putting it through its paces.

Actually, that’s not entirely true. I’ve assigned most of the day-to-day testing to my wife. Her first smartphone years ago was the Droid, and then later she switched to an iPhone 4. But she’s never really liked iOS, so she’s been considering switching back to an Android phone, and this was a good opportunity to try it out. The S4 runs Jelly Bean 4.2.2 (4.3 has been leaked, but hasn’t been rolled out yet), so it’s not the same thing as what my wife had on the Droid, but it’s still closer than iOS.

I’m more familiar with iOS myself, so it took me a little while to get used to the different swipe gestures. I did like the way you could pull down from the top menu to access all the settings: you can quickly turn on/off things like Bluetooth, GPS, sound, cellular data, and so on. You can also customize the screens, deciding which settings you want quick access to.

The S4 also has some features that don’t require touching the screen. Air view lets you see certain things while hovering your finger over the screen—for instance, showing you photos in an album, or details about a contact. I tried using it a little bit, but found it counterintuitive—I think it’s meant to replace something like the tap-and-hold, but so far it’s not something I’ve gotten used to. There are other air gestures as well, like waving your hand over the screen to answer calls or to move between pictures, pages, or music tracks.

There’s also something called Smart Screen, which controls the phone based on how you look at it. Really. Smart scroll can scroll a webpage up and down based on where you’re looking. It could be tricky getting the right speed, but you can also set it to scroll by tilting the phone up and down instead. You can have videos automatically pause when you look away, or keep the screen on as long as you’re looking at the phone.

You can also use voice commands, although I still feel funny talking out loud to a phone, so I didn’t use those much.

For people new to smartphones, there’s also an “Easy Mode” which gives you a simplified version of the home screen, camera controls, internet browser, and so on. It’s a way to introduce somebody to the phone, and then once they’re used to the controls they can switch back to the regular settings.

The phone is a bit larger than the iPhone which makes for a nice large screen but does feel less comfortable to hold in certain positions. Reading is certainly more comfortable on the bigger screen, and the rounded corners and edges mean that I could still put it in my pocket, though I’d generally prefer to put it in a backpack or bag so I didn’t sit on it.

The camera has several different modes that let you do fun things with your photos, and I played around with these to see how they all worked. Aside from your standard point-and-shoot and some manual adjustments, you could also use it to make animated GIFs by taking a brief video and then choosing which sections you wanted to move or stay still. I could see using this for some pretty funny effects, but you can see one of my experiments here. (Yeah, it’s a little disturbing because they were trying to keep the rest of their bodies still while they waved.)

There’s also a setting for multiple exposures, so you can get action shots. I thought the idea was neat, but in practice it was a bit tricky to use. If the various subjects were too close together, then you might lose bits, like the missing foot here.

For fast-moving subjects, like my daughter on skates, the camera wasn’t able to respond quickly enough. When I backed up farther away, then it couldn’t detect the moving subject. Although the idea of having an automated multiple exposure photograph is nice, I think in practice I’d just take several shots in a row and then use Photoshop to put it together myself. 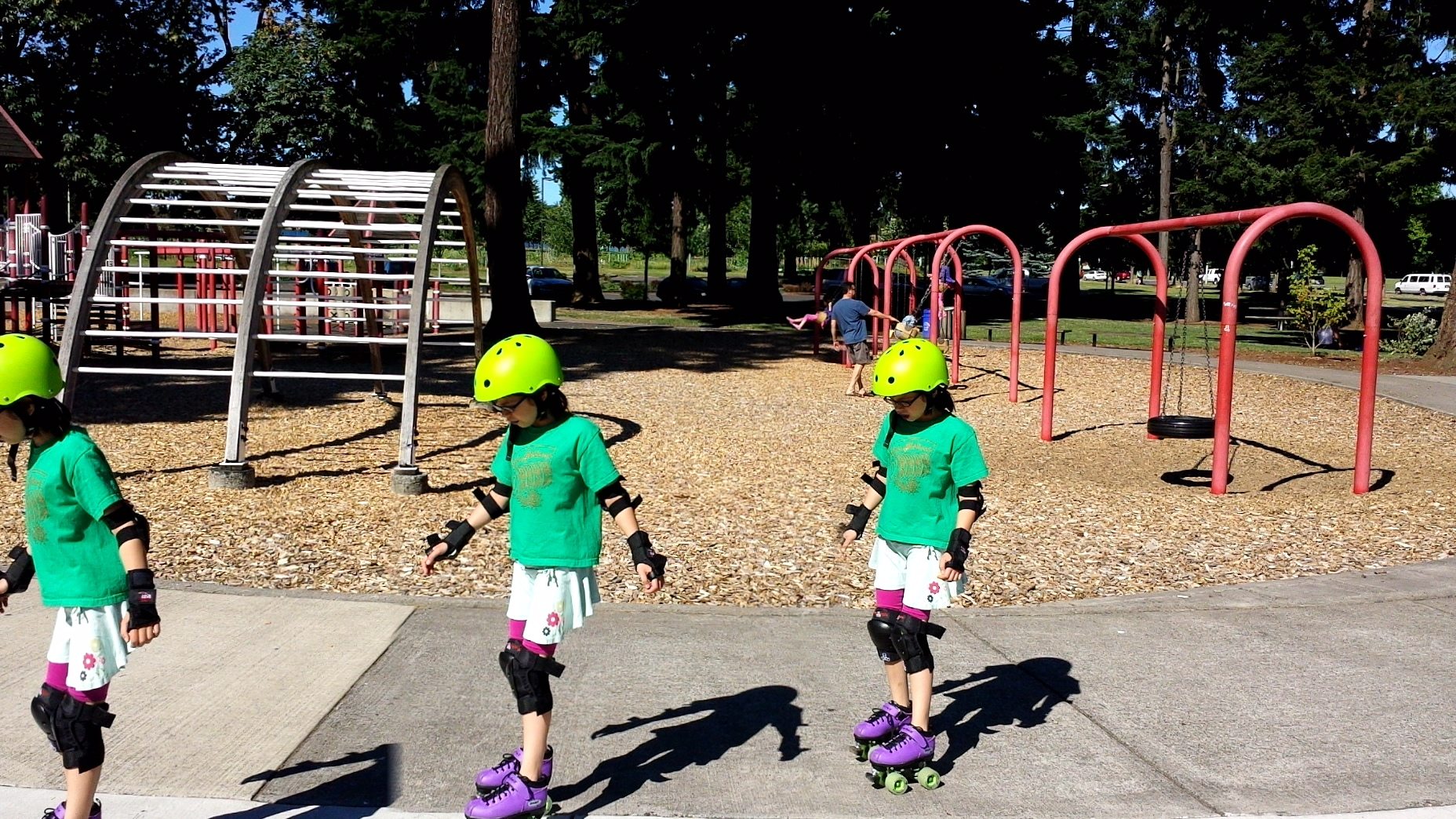 One other photo mode was the dual-camera mode. It allowed you to use the rear-facing and forward-facing cameras simultaneously, essentially taking a photo and inserting a selfie. There are a few different templates to choose from, and I guess they’re supposed to look like postcards. I’ve seen a similar app for the iPhone that does this, but again I think you might as well take two photos and put them together yourself. The trickiest thing, as you can see in the example below, is getting the lighting right since you and your other subjects are facing opposite directions.

I think the best part of the S4 is the way you can customize so much of it—home screens can be set up however you like, with various widgets showing the time and weather, or a photo slideshow, or various other things. You can even customize the unlock screen so that you can jump directly into a few commonly-used apps when you unlock the phone.

We did come across a few issues. For one, the Gmail app is a little finicky. There is an email app, but it won’t allow you to connect Gmail accounts to it—for that, you have to use the Gmail-only app. My wife complained that the Gmail app often took a long time to download new messages, sometimes showing the refreshing bar for minutes at a time when she knew she had a message waiting. I thought it was odd that Gmail, of all things, would be a problem on an Android phone.

The videos we shot with the S4 also load pretty slowly for some reason, so we usually end up just waiting until we’ve downloaded them to my Mac for viewing. And speaking of which, I had to go find a utility in order to download photos from the S4 to my iMac. I was surprised, because the photo gallery has so many built-in ways to share photos—email, Twitter, Bluetooth sharing, and so forth. But plugging the phone into my USB slot apparently isn’t one of them, at least on a Mac.

Despite these complaints, though, my wife seems to prefer the S4 to her iPhone, and will probably make the switch. She likes the Android system and the bigger screen, and has gotten accustomed to the way the alerts work.

The Samsung Galaxy S4 is available through various carriers, so check with your mobile provider for pricing and details. 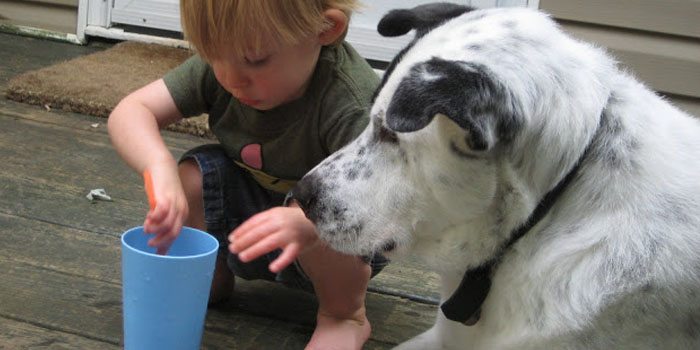 2 thoughts on “Hands-on Look at the Samsung Galaxy S4”