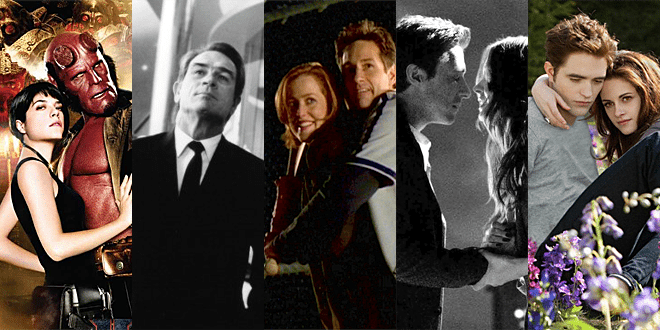 Today is my fifth wedding anniversary so I’ve been thinking a lot about romance lately. If someone asked you to think of romantic moments from film and TV the chances are that most people will immediately think of traditional “romantic” scenes. The final dance in Dirty Dancing? The factory scene from An Officer and a Gentleman? Jack drawing Rose in Titanic?

Our geeky favorites might not be known for their romance but there are some stunningly romantic moments in science fiction, fantasy, and other nerd genres. Here are some of my favorites, but be warned, here be spoilers.

Doctor Who – Amy leaves the Doctor for the slim chance of spending her life with Rory
At the very end of “The Angels Take Manhattan” Rory is sent back in time by a weeping angel and due to a long and convoluted set of circumstances, the TARDIS is unable to go to the time and place where he has been sent. Amy makes the decision to give up traveling through time and space with the Doctor on the rather slim chance that allowing the angel to send her back too will mean that she and Rory will be together again. In that moment she effectively gives up all of time and space (not to mention her best friend) on the tenuous chance at being reunited with Rory. If you can ignore the gaping plot hole it’s an incredibly romantic yet devastating moment that shows the connection between husband and wife.

Men in Black – Agent K uses a satellite to see his wife
While Men in Black is primarily a comedy, one moment in the middle of the film stands out for its sudden and deeply heartfelt look at Agent K’s pre-MiB life. In a quiet moment at the office, K logs onto the MiB satellite network and zooms in on a house to watch a lady gardening. Although it is not explained until later exactly who she is, K’s expression is unmistakable and we see him swallow hard as he watches for just a few moments until work comes calling again. It is this moment that sets up the emotional resolution of the film when K gives his speech to J at the film’s finale. If you can get over just how creepy that whole real-time video feed from space truly is, and how convenient it is that his wife just happens to be outside at that precise moment then it’s unbelievably sweet.

Twilight: Breaking Dawn Part Two – Bella shows Edward her memories
I can practically hear the eye rolling from here. Yes Twilight is the epitome of cheesy romantic set-plays, the honeymoon montage being especially cringe-worthy, but there is one moment from the saga that stands out as a genuinely romantic scene that wouldn’t be out of place in many superhero movies. The final scene of the final movie showed Bella enveloping Edward within her mental shield so he could finally read her mind; she then shows him a selection of her favorite memories from their lives together from the moment they first laid eyes on each other to their wedding and the birth of their daughter. There’s something incredibly intimate about allowing someone inside your mind and showing them your own memories and emotions of an event; after all, we all know how insufficient words are at expressing the true depth of our feelings. “Now you know,” Bella tells him when the weight of their shared emotions is too much and the connection breaks.

The X-Files – Mulder teaches Scully to play baseball
By the show’s sixth season, Mulder and Scully’s relationship was on a definite (if slow) road from platonic to romantic. “The Unnatural” is possibly one of the worst episodes of the show ever made, but it is saved by its finale in which Mulder invites Scully to a baseball field at night and teaches her how to hit. It is a perfect example of the kind of romantic tension that epitomized the show, as Mulder’s hands are all over Scully but in a totally non-sexual way as he guides her through her swing (the scene made the phrase “hips before hands” a mantra to fans). However there is a deeper meaning to the scene than Mulder using the lesson an an excuse to touch Scully; we see him choosing to share something of great personal meaning to himself–baseball–with her. It’s wonderful to see these two characters who go through so much turmoil in an average episode looking so utterly carefree as Scully grins and laughs her way through the whole scene.

Hellboy II: The Golden Army – Liz Saves Hellboy but Condemns Humanity
The second Hellboy film is so packed full of romantic moments that the whole thing should really be filed under “romantic comedies” rather than comic books or fantasy or wherever it is that rental stores (those that still exist) do file it. I love the scene where the dulcet tones of Barry Manilow waft through the corridors of B.P.R.D. but for me the standout romantic moment came later in the film. When Hellboy is mortally wounded by a piece of Nuada’s spear, Liz, Abe and Krauss take him to County Antrim in Ireland where Liz pleads for his life before the Angel of Death. Despite being warned that allowing him to live will doom humanity and that she will suffer the most from this action, Liz admits that she cannot live without him and asks the Angel to heal him anyway. The Angel does so but says that Liz must supply the final piece of the process by giving Hellboy a reason to live, at which point she reveals that she is pregnant. It’s a deeply emotional, if also deeply selfish, scene.

Here are a few more honorable mentions from others:

In Bleach when Ichigo is able to save Rukia in the first story arc in the Soul Society, and Renji grabs her from execution, running down the long stairs. He talks to her, while she clings to him, and speaks words of dedication. My heart swelled. – GeekMom Rebecca

In X-Men 2 when Wolverine says, “I could be the good guy.” Tragically romantic. Sigh. – GeekMom Rebecca 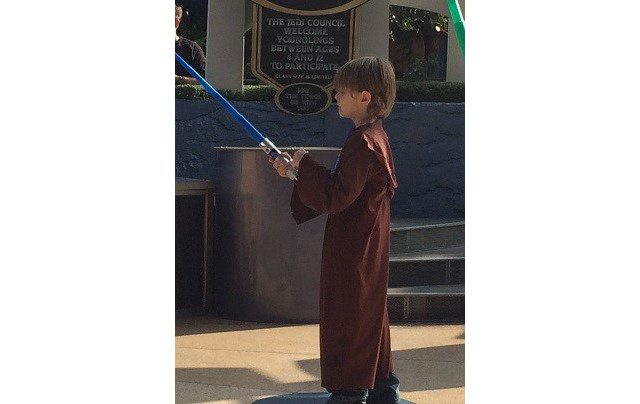 “The Force Is What Binds Us”: One Mom Uses the Greatest Power in the Galaxy to Connect With Her Son