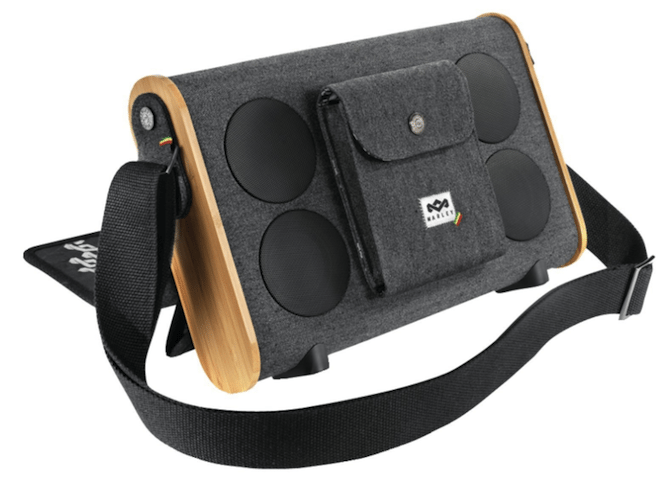 I’ve had the opportunity to test many speaker docks and wireless speaker systems in my day. One trend I’ve noticed over the past few years as portable Bluetooth wireless speakers have become increasingly popular, is the boring conformity that so many of these devices exhibit. In an effort to make them as portable as possible, manufacturers have a tendency to adopt a compact rectangular form factor, usually small enough to hold in one hand, two drivers are the norm, with a plastic case (typically in black) and black mesh speaker covers. There’s nothing inherently wrong with this approach and some of them sound quite decent. But I like things a little different. I want good sound, along with a design that’s interesting too. Something that stands out a little. My own speaker dock purchases reflect this preference: a JBL Radial and a Bowers & Wilkins Zeppelin (still my all-time favorite for sound and looks). I just wrapped up a few weeks with a Roots Rock Bluetooth portable audio system and I have a candidate for my new favorite in the portable category.

Lets start with looks. No little black box here. The Roots Rock audio system is big compared to the competition (roughly 16 x 10 x 4-inches and weighing 5.2 pounds). It’s also the furthest thing imaginable from the usual form factor. It’s a greener, thinner throwback to the old boom boxes of the 80s, complete with a carrying strap that signifies this isn’t meant to be a little hand-held speaker. Most of the unit is covered in a cloth-like recycled plastic that adds interesting texture, while the sides are pieces of bamboo — the dark grey, black and natural wood look definitely stands out.

The center of the unit is occupied by a cloth pocket — definitely not the normal approach — that’s perfect for storing the included 3.5mm auxiliary cable (in case you want to play music from a device lacking Bluetooth). The cable is braided and in House of Marley’s signature green, red and yellow. On either side of that pocket are a pair of speakers, with a 2.5-inch full-range drive and 2.5-inch passive radiator stacked vertically. The result is a richer sound than is typical from a portable unit, with more of a sense of stereo separation and low distortion until you max it out. I brought it to an outdoor party where it proved more than capable of powering the musical needs of the gathering. Battery life for the integrated lithium-ion pack has been pretty solid in the claimed 8 hour range (at the party, it was on for 5-6 hours at high volume without giving out).

However, don’t expect to blow the windows with the Roots Rock — it is a $199 device, after all. It more than punches above its weight in that price range, but if you’re looking for volume that will drown out conversation and thumping bass, you’ll need to spend some more money (I haven’t had the opportunity to try it out, but I suspect House of Marley’s Bag Of Riddim would be worth considering if you’re after something a little more capable).

The cover built in to the Roots Rock is another unique feature. It’s made of REWIND cloth (a 30/30/40 hemp/organic cotton/recycled plastic bottle mix) with a series of dome snaps. In its standard configuration, the cover folds over and protects the speakers, disguising the Roots Rock as a carrying bag. Flip it back, adjust a few snaps and it becomes a solid stand that supports the unit at an angle. There are plastic feet on the base that keep it upright without need for the stand, but it can be a little tippy because of its size.

Overall, if you’re looking for a portable Bluetooth sound system that performs much better than many of its peers in the $200 price range, boasts serious green and charitable cause cred and definitely stands out in a room full of hand-held black plastic boxes, the House of Marley Roots Rock Bluetooth portable audio system is tough to beat.

Cons: Too big to slip in a pocket, not as powerful as some systems.

Through the Portal With ThinkGeek 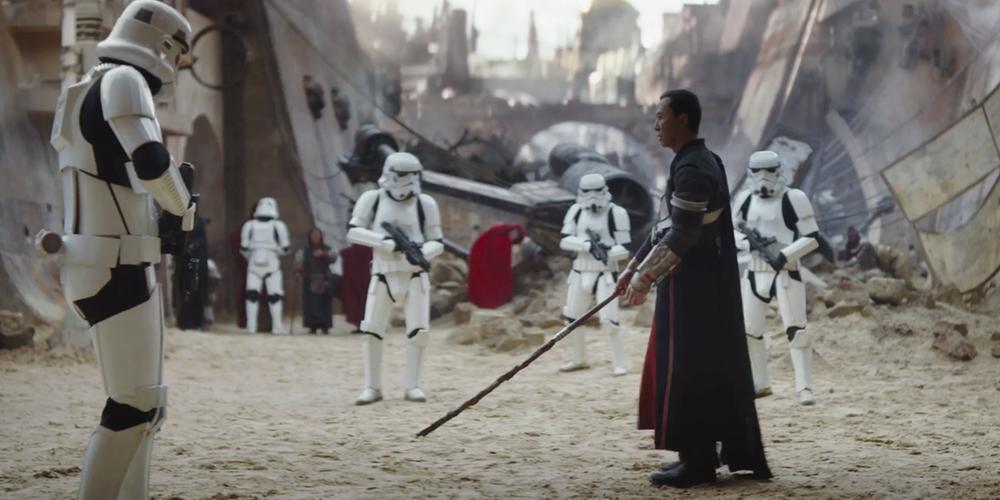