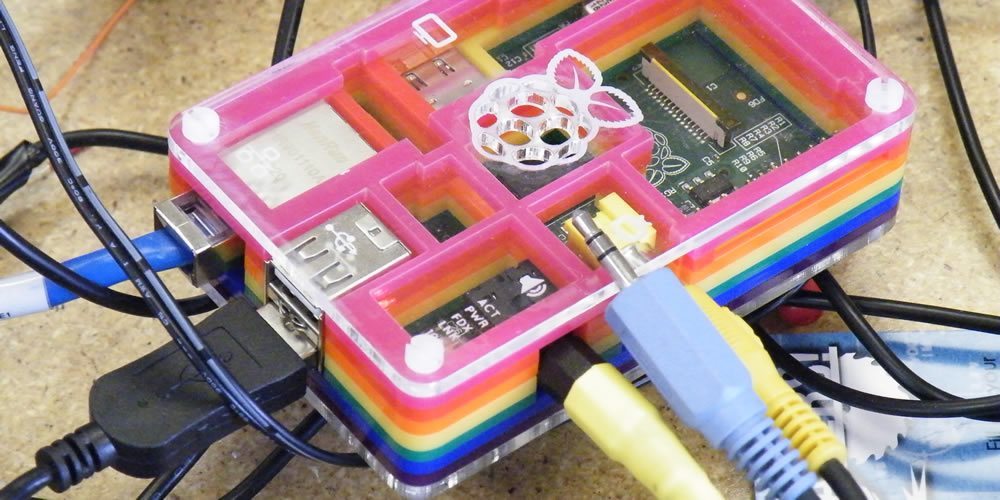 When debating education, much attention is given to the achievement gap, which credits disparity in socioeconomic status as the key factor separating success in school. A recent study by Cornell University demonstrated a correlation between planning skills and achievement, suggesting a potential avenue to mitigate low-income disadvantages:

The Cornell researchers used the Tower of Hanoi puzzle to test third graders on their ability to plan, revisiting the educational metrics of those same kids two years later. Even accounting for IQ, the performance of children in fifth grade could be explained, in part, by how well they did on the researcher’s planning task in third grade. The authors suggest poor planning skills may be a byproduct of living in low-income environments, which are often more chaotic, mobile and stressful.

Interventions targeting the formulation of effective plans likely won’t undo that chaos, but they could give low-income kids a better shot at success by making them better planners. The National Center for Learning Disabilities notes several practices that can help strengthen executive functions. Among these actions are using organization tools, visualizing schedules, and taking step-by-step approaches to work.

These are traits needed to do the things geeks love, such as playing games and making things. Our recent family Geek Camp allowed us to interact with mentors from within our community and ask them about the benefits of being geeky.

Geek Is a Mindset

One of the motivations driving our camp was a high value placed on the process of effective problem-solving. Geeks need more than just technical know-how to manipulate modern digital tools; they also need communication and relational skills to work toward solutions within a community. We want our kids to look at the problems of the world through the eyes of a programmer, gamer or maker.

Programming demands the ability to think through problems in a logical manner. “Many programming problems seem insurmountable if you take them at face value and try to tackle the whole problem at once,” says Hillary Elmore Cage, President of CodeTogether, a software company facilitating collaboration in coding. “Instead, a programmer evaluates the problem and breaks it into smaller problems that can be solved one at a time.”

“Gamers tend to think of problems as solvable,” says Will Emigh, a co-founder of game design company Studio Cypher. “Most people get frustrated when something is hard, such as learning to play the guitar or finishing a project, but gamers have trained themselves to think of failure as fun.”

Emigh’s design skills spawned from family game nights and discussions about what was missing from the games they played. Together with his brother, Emigh spent hours creating new bosses they would like to see in a Mega Man game. When they moved on to Magic: The Gathering, the boys could play with their creations in the game.

“When most people play games, they just enjoy them,” says Emigh. “We’re really driven to figure out why we enjoy them, what could have been done better, and what concepts we can steal to make our own work better.”

At the Advanced Visualization Lab at Indiana University, Chris Eller believes he and his techie colleagues share this highly-developed curiosity. “We want to see how something works,” says Eller, “or we want to see if something can be made to work. Finding the potential synergy in combining technology in new ways is a great skill to have.”

Stephen Charlesworth, one of the founders of hackerspace Bloominglabs, sees both idealism and pragmatism in learning how to make things. “Figuring out clever ways to use them outside of their intended application can have all kinds of benefits,” says Charlesworth. “If you make something you need or fix something that’s broken, you can save money. On a more philosophical level, I think making helps you to be logical and to exercise critical thinking.”

The geek mindset applies to projects that don’t involve computers. Bloominglabs offers a lathe and machining course, allowing participants to learn to make things with aluminum and other metals. “A lot of Bloominglabs folks work on stuff outside of the electronic realm,” says Charlesworth. “The maker’s perspective really embraces all kinds of creative activities that result in a physical end product.”

Much of the tinkering that goes on at a hackerspace is exploratory, trying to learn how to manipulate a tool or bit of software. Sometimes, a project results in improvements to the space, such as programming a door-entry RFID access system to announce physical presence in their IRC room. As with the other members of BloomingLabs, Charlesworth brings his own set of skills and interests to the group, to exchange with his collaborators.

Charlesworth used to validate software for a medical device used to monitor blood thinning medication for people who had strokes. “I was pretty happy to be using technology toward a really positive and significant end,” he recalls, “and I kind of idolized the guys who wrote the embedded software for the devices.”

Intimidated by assembly language, however, his interest waned in face of a huge barrier-to-entry for programming microcontrollers. When Arduino appeared this past decade, suddenly such projects became doable. Many of Charlesworth’s Bloominglabs demos now involve use of the open-source electronic prototyping platform.

“In general, I enjoy writing code to fit in the constraints of the Arduino,” he says, “because it’s so different from web programming or the database work I do at the day job.”

For geeks, learning also takes place during the course of normal work. As part of her company’s emphasis on sharing code, Cage had to dive into the often cryptic rabbit hole that is learning Git. The organizational goals gave her license to learn something new.

“Adding Git integration is one of my favorite things we’ve done,” says Cage. “It doesn’t sound like that big a deal to switch from the terminal to Squad and back, but once I was used to using Git within Squad I realized how much it lightened my cognitive load, especially since I’m no Git expert.”

Squad is one of the tools that can help young coders become better, not through Codecademy-style tutorials but in collaboration over distance. “With traditional methods of helping a less experienced coder, you get a lot of code snippets going back and forth,” says Cage, “whether on a message board, chat room, or email, totally out of context. With Squad, simply sharing a URL allows the helper to come into the file with you and see the whole context of the problem.”

The ability to collaborate has implications on professional careers, where what you know coming in the door may be quite different from what you need after a few years on the job. Sharing your knowledge and finding opportunities to learn something new from peers are traits employers seek.

“We certainly want individuals eager to innovate and take risks while understanding the impact of their work on the teaching, research and service mission of the university,” says Indiana University’s Deb Allmayer. “We will hire for ability and experience, not degrees.”

Shooting for the Moon

At a 1996 Internet conference in Chicago, Tim Smith demoed a conceptual operating system that used ambient noises to set context for work. In the talk, he explained that one of the guiding thoughts behind his interactive design was to reach beyond what it practical. “Shoot for the moon,” said Smith, “and land on the roof.”

Being able to articulate a vision of the future is key to planning, both for what you can imagine doing someday and what you can do now given resource constraints. Visioning is most enjoyably done by geeks through science fiction. The common language of William Gibson, Bruce Sterling, and Star Trek help makers and gamers communicate, as well as give them long-term challenges to seek.

“Sci-fi is a big influence for most geeks,” says Charlesworth, “but fortunately nobody at Bloominglabs wants to be Vergil Ulam from Blood Music.”

Phil Rhodes recently wrote about why we should care about hackerspaces. Rhodes notes that making is ultimately less about the product than the journey, citing the International Hackerspace Space Program‘s goal of putting a hacker on the moon by year 2023:

Talk about audacious. As Mitch Altman points out, it doesn’t matter if the goal is actually attained, as the process of pursuing the goal is its own end; the learning, the exploring and the creativity harnessed and energized by trying to put a hacker on the moon will be its own reward.

In that article, Jeff Crews (Splat Space) argues that businesses should be actively involved in local maker communities. “Hackerspaces and the people that come out of them are innovative,” says Crews. “Innovation is an attitude, not having ‘Skill Set Q with Toolkit X in Area B.’ Businesses that do not innovate — they die.”

Changes to technology force organizations to innovate. According to Allmayer, Indiana University’s emerging forms of service will be delivered through online learning and mobile applications, competing for limited resources by extending their reach outside of traditional residential students. What IU looks for in job candidates are collaborators with transferable skills that focus on the user experience and adapt to change.

For us, a family geek camp—where kids are placed in proximity to ideas and resources, and given space (not instruction) to learn together—attempts to build this foundation of collaborative problem-solving. Perhaps most importantly, we want kids to come away from these activities finding as much fun in failure as completion, and enjoy planning the journey.

3D-Printable Thorn Dice Are All Kinds of Geeky