Your favorite gaming show finally returns this week with a new episode, featuring Jeri Ryan, Kari Wahlgren, and Ryan Wheaton playing Star Trek Catan with host Wesley … errr … Wil Wheaton. You’re likely familiar with the game The Settlers of Catan, but this is not just some cheap tie-in version of the game.

Star Trek Catan, besides supplying a very strong theme for the game, fixes some of the problems in the original game. Principally, through the introduction of character cards, which provide their holders with unique abilities, such as defense from the robber of forced trades. The cards are a nice twist that freshens up the Catan mechanics.

The episode is a good one with Jeri and Wil riffing on Trek dialogue and a special moment when the TableTop game surface virtually turns into … well, you’ll just have to see for yourself. The episode ties into a Star Trek Catan tournament that Geek & Sundry will be hosting offsite at San Diego Comic-Con this week. Check out Geek & Sundry social media to learn more.

And for those whose “Star” allegiances fall elsewhere, you’ll be excited to know that the next episode, airing August 8, will be Star Wars X-Wing Miniatures, as part of another special tie-in. More details on that later. In the meantime, beam yourself up and enjoy this week’s episode of Star Trek Catan. 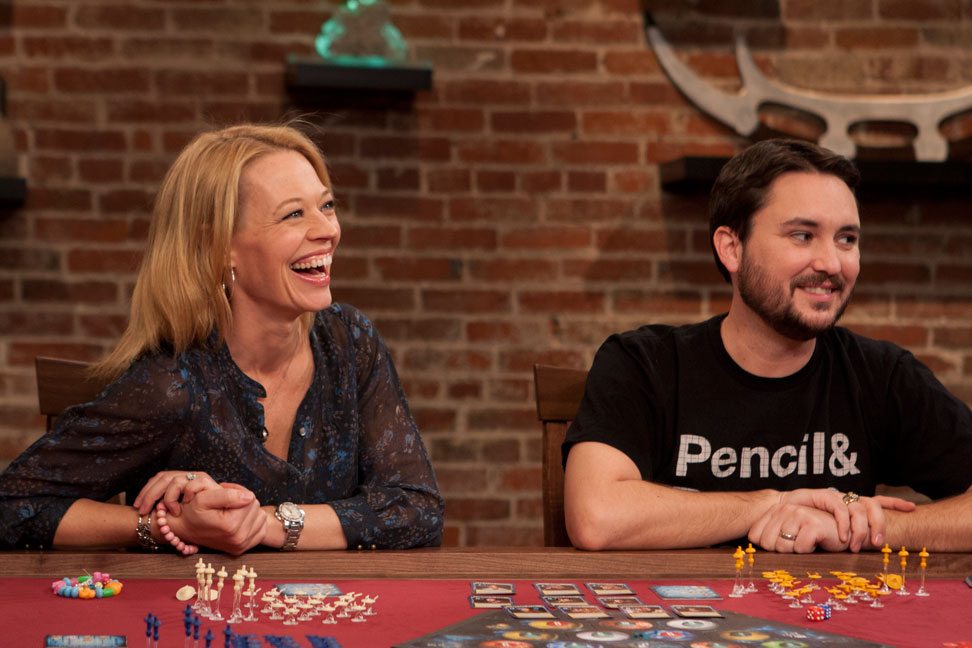 More Geeky Cakes Than You Can Shake a Stick At