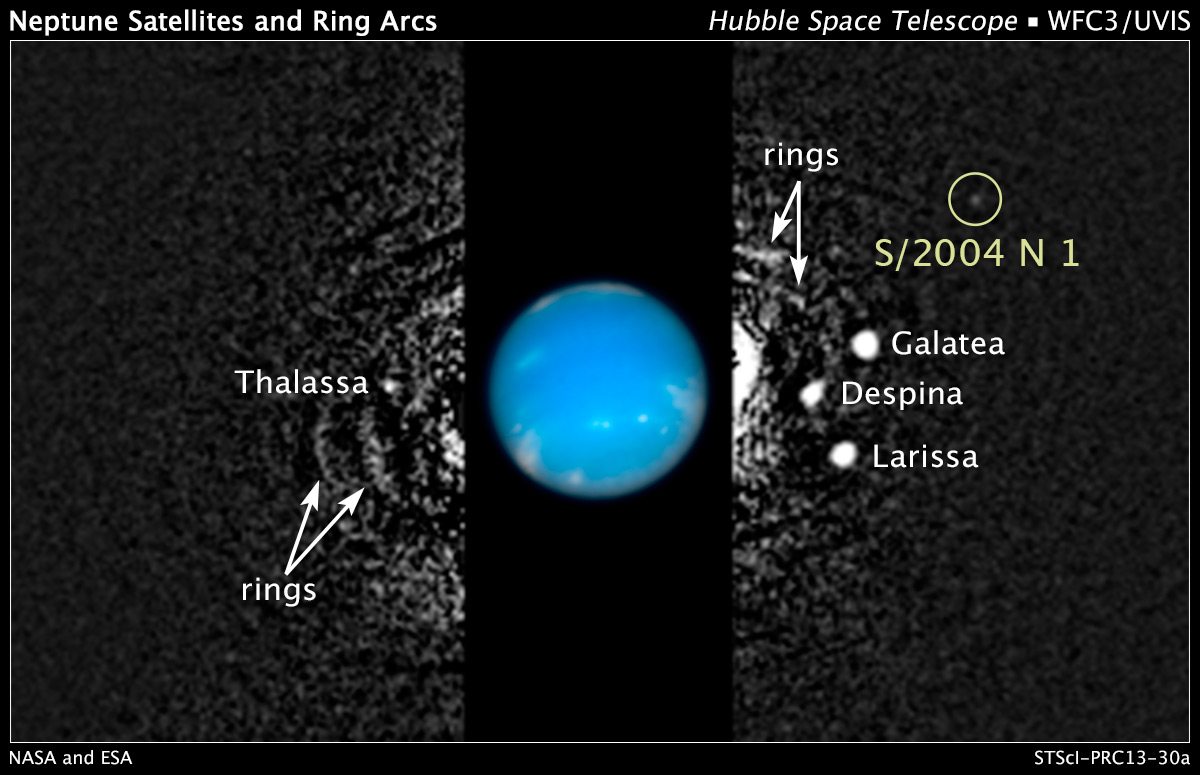 On July 15th, NASA announced the discovery of a new moon for Neptune. Making it Neptune’s 14th moon,  S/2004 N 1 was missed on the Voyager 2’s flyby in 1989 due to its small and dark nature. It measures only 12 miles in diameter and is fainter than the faintest star that can be seen with the naked eye by a factor of one hundred million.

The moon was discovered by Mark Showalter of SETI on July 1st. The press release explains: “On a whim, Showalter looked far beyond the ring segments and noticed the white dot about 65,400 miles from Neptune, located between the orbits of the Neptunian moons Larissa and Proteus.”

The new moon may be diminutive but it is not to be scoffed at; it orbits Neptune every 23 hours. If my math is correct, 65,400 miles from Neptune implies the new moon has an orbital circumference of approximately 410,712 miles, meaning it travels at nearly 18,000 miles per hour. Our moon, in comparison, travels at approximately 2,288 miles per hour. Showalter further explains, “The moons and arcs orbit very quickly, so we had to devise a way to follow their motion in order to bring out the details of the system.”

Mark Showalter was also the lead researcher for the team who discovered Pluto’s newest moons, P4 (discovered in 2011) and P5 (discovered in 2012). As you may recall, Showalter and SETI recently organized a public naming campaign for P4 and P5, whose results were announced just a couple of weeks ago. While “Vulcan,” a name suggestion submitted by William Shatner no less, technically won the biggest number of votes, it was rejected by the International Astronomical Union (IAU). The IAU explained in the July 2nd press release that “the name Vulcan had already been used for a hypothetical planet between Mercury and the Sun. Although this planet was found not to exist, the term ‘vulcanoid’ remains attached to any asteroid existing inside the orbit of Mercury.” The runner-ups, Kerberos and Styx, were accepted.

I had the chance to ask Showalter if he was planning to open another naming campaign for Neptune’s new moon. He responded that there is no concrete naming plans yet. While they are certainly considering another public naming campaign following up the success of the previous one, it did take a lot of extra work to organize! For P4 and P5, Showalter reported receiving approximately 30,000 name nominations, “many of them backed up by very thoughtful arguments.” They sifted through all the nominations and selected 21 names for the poll, which in turn received about 450,000 votes.

Neptune’s new moon, along with Pluto’s Kerberos and Styx, was discovered using the Hubble Space Telescope. You can stay in the loop by following @SETIInstitute, @NASA, and @NASA_Hubble on Twitter. 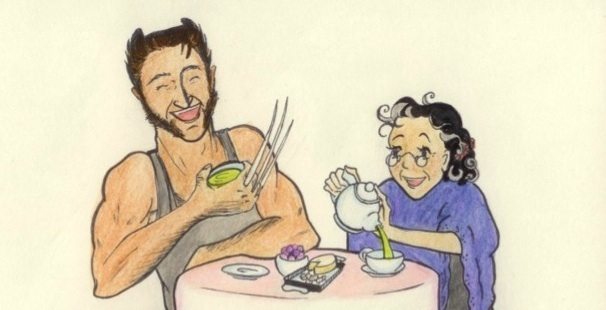 The Death of a True Hero – Jill Kinmont Boothe