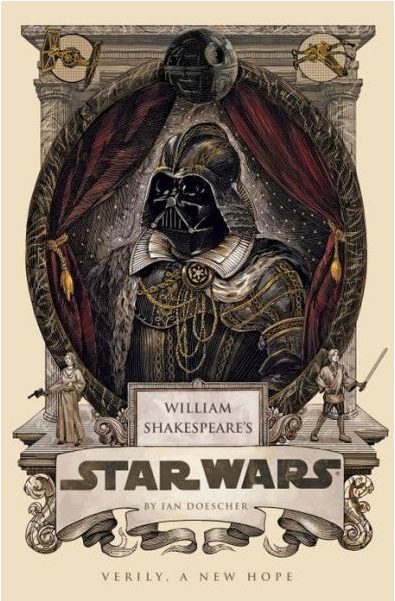 My English degree curriculum required all majors to take the upper-level Shakespeare course. We were required to read almost every comedy, tragedy, and history written by William… plus a number of his poems. Can I just tell you now how that single semester class felt more like three? Don’t get me wrong — I am fond of a number of Shakespeare’s plays, but reading them shotgun-style, one after the other, over a twelve week period? Mind-numbing.

It’s been over fifteen years since I’ve last read one of The Bard’s plays, but I have to tell you that Ian Doescher’s successful retelling of Star Wars Episode IV: A New Hope in iambic pentameter was giving me flashbacks to that class… it’s that true to the style and pacing of so many of Shakespeare’s plays. Quirk Books has just released William Shakespeare’s Star Wars: Verily A New Hope, and it’s outstanding. 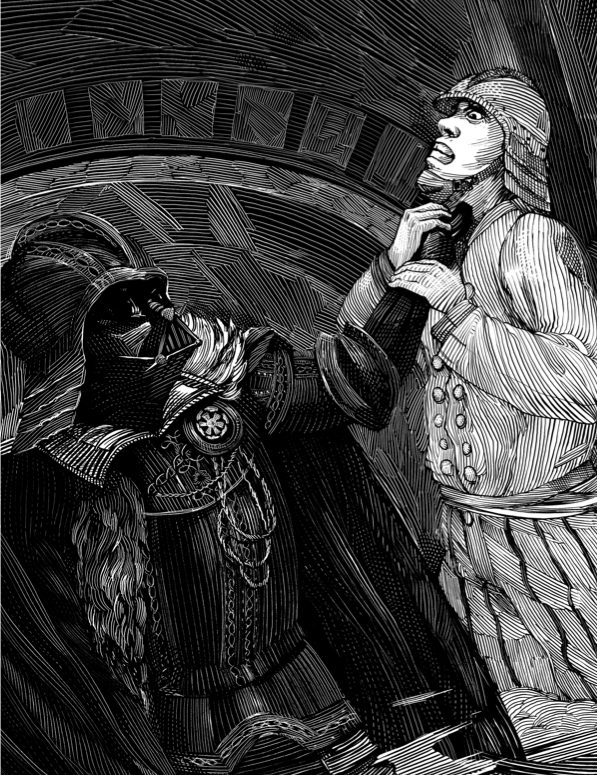 Doescher’s attention to detail is incredible, especially given that his career is as a Creative Director at a marketing/research agency in Oregon. He’s just a big Star Wars fan (aren’t we all?) and also happens to enjoy the works of Shakespeare. And now, because of his hard work, Star Wars fans around the world can now read the script for movie that started it all. In iambic pentameter.

How about some examples? (Warning: Spoilers!)

Han: Be thou wise, droid, mark well what thou dost.
As it is said: black holes are worth thy fear,
But fear thou more a Wookiee’s deadly wrath.

C-3PO: But Sir, no proverb warns the galaxy
Of how a droid may hotly anger’d be.

Han: Ay, marry, ’tis because no droid hath e’er
Torn out of join another being’s arms
Upon a lesser insult e’en than this–
But Wookiees, golden droid, are not so tame.

C-3PO: Thy meaning, Sir, doth prick my circuit board.
‘Tis best to play the fool, and not the sage,
To say it brief: pray let the Wookiee win. 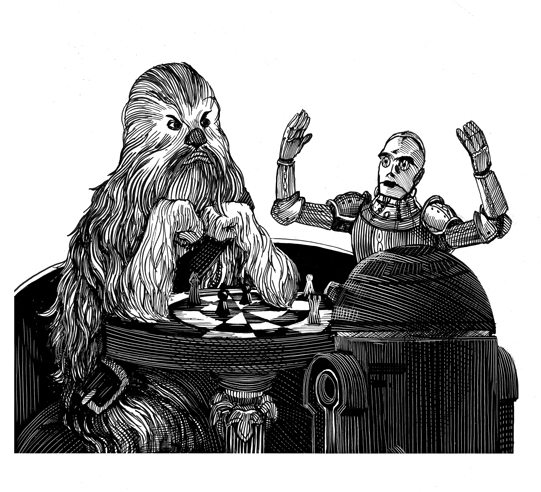 Not a scene is skipped. R2’s bleeps are occasionally fleshed out with humor, given that 3PO and R2 are often used for comic relief. Vader gets monologues galore, and they are absolutely enjoyable. Luke gives an appeal before the attack on the Death Star that is is as perfect a nod to William’s work as can be — Friends, rebels, starfighters, lend me your ears. Stage directions are provided, and I am absolutely convinced that I’ll be seeing this on a real stage within a year or two. (This is an officially licensed book, but not sure about the legalities of performing it before an audience. Still, it’d be great to see in addition to reading the play.)

Vader: I sense the Force in this one here, almost
As if I did my younger self espy.

Ghost: I prithee, trust me, Luke. All shall be well.

Luke: The hearing of these words is like a balm
Unto my soul. So shall I trust the Force
And not this fallible computer here.
[Luke turns off computer.] 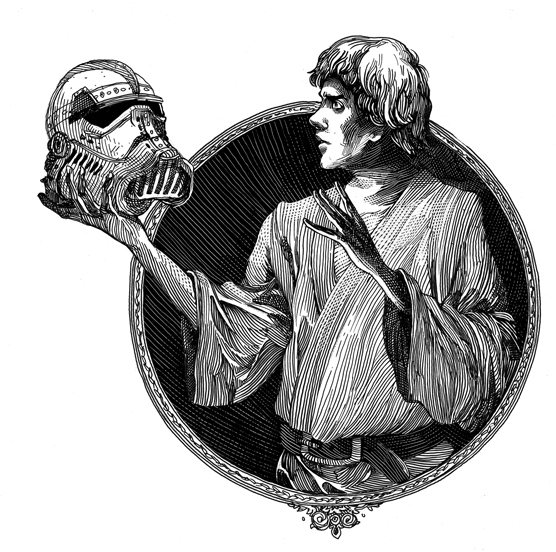 The 175 page hardback has a beautiful cover and 20 internal scratchboard illustrations that include infamous villains and famous scenes from the movie. Closing out the book is a short but wonderful essay on how George Lucas is directly linked to William Shakespeare and a closing Sonnet 1138 To The Interwebs We Go that contains a website where students can go for a study guide, interview, and more (a trailer is hinted!). The interview does mention the possibility of Episodes V and VI being given the Shakespeare treatment… cross thy fingers!

Note: I’d like to thank the fine folks at Quirk Books for providing a review copy of William Shakespeare’s Star Wars: Verily A New Hope.

Back to the Steampunk GeekDad Bling 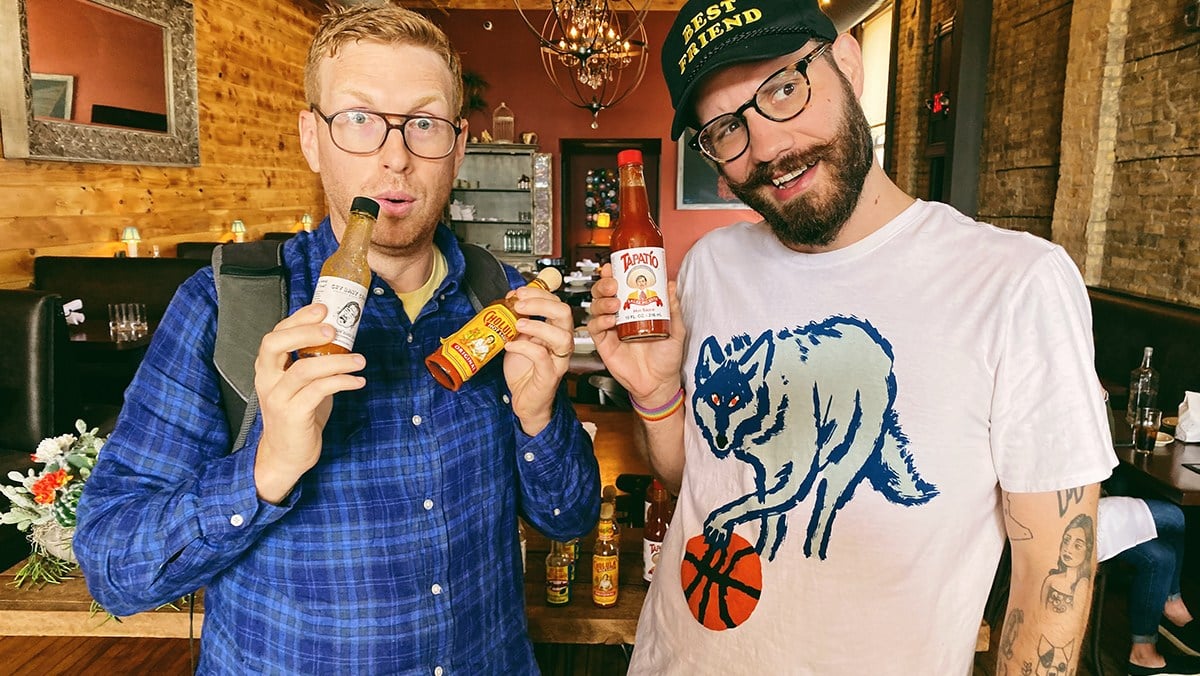