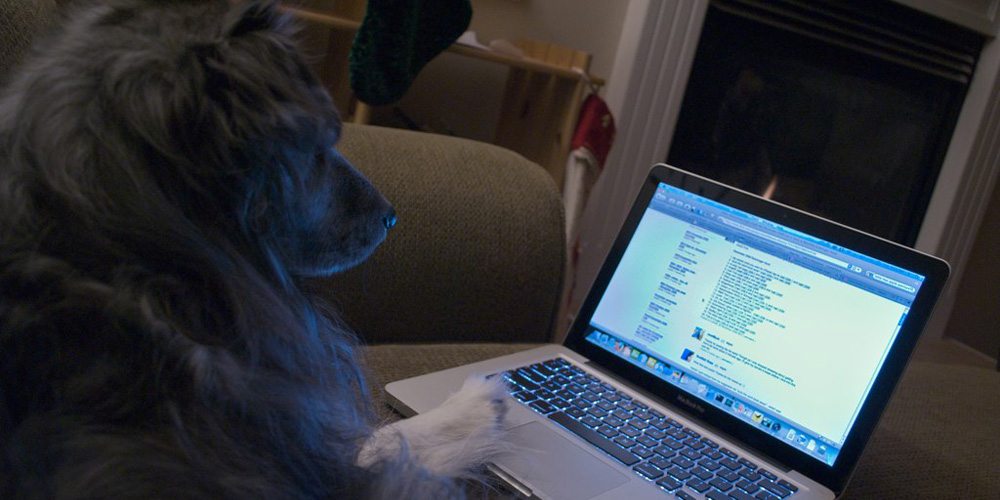 Yesterday I heard a segment on the radio program Here & Now about a curious project: an interspecies internet. It was following up on a TED Talk given earlier this year by a surprising team of people: Diana Reiss, a cognitive psychologist studying animal intelligence; musician Peter Gabriel; Neil Gershenfeld, the Director of MIT’s Center for Bits and Atoms; and Vint Cerf, one of the fathers of the internet (currently at Google).

The TED Talk itself isn’t available to view yet, but you can read a summary on the TED Blog here. [UPDATE: the video was just posted today.] Essentially the idea is that technology has started to open up communications between us and other intelligent species. Our understanding of intelligence in animals has shifted in recent years; we may not be the only species with self-awareness after all. So would it be possible, then, to create an internet that allows us to communicate with other intelligent species?

On the show, host Robin Young asked Gershenfeld if there was a danger to giving this sort of technology to animals: after all, she said, some argue that the internet dehumanizes us—should we give that to other intelligent species, assuming it works? Gershenfeld’s response was that so far animals that have been exposed to communications technology have really liked it, so who are we to withhold it? “But what about the Prime Directive?” I wanted to ask.

Now, I have to admit that I’m a bit skeptical—maybe I’ll be more convinced once I can watch the actual TED Talk—but certainly an interspecies internet could have profound implications. As Cerf points out, if we ever do make contact with extraterrestrial intelligence, it would be handy if we had a way to communicate with them, too.

In the meantime, I’ll entertain myself with musings about what it would be like to have an internet for unintelligent animals. You think the comments sections on YouTube are bad now? Just wait until the cats show up.

UPDATE: Here is the video, which was released today. I’ll try to watch it myself soon, when I’m not juggling a screaming baby and laundry.

GeekDad Puzzle of the Week: The Present Game