Like every comic book geek I know, I am hugely excited for the new Superman movie, Man of Steel. The previews are amazing and it shows every sign of being one of the best superhero movies ever made. But there is one thing that could ruin it. They could try to make Superman into a super-powered Batman.

Full disclosure: I feel proprietary about Superman. I grew up with the character. I encountered the old Richard Donner Superman movies at exactly the perfect time in my life, as a small child who wanted to believe I could fly. I must have watched Superman and Superman II twenty or thirty times, each. When I was about 4 my mother bought me a set of Superman pajamas, complete with cape. That was a mistake. She didn’t get me out of those pajamas until I left for kindergarten, at which point I presume she must have burned whatever threadbare rags I hadn’t completely worn away.

Some of the interviews and buzz about Man of Steel is that it’s going to make Superman more “relatable.” I hope that doesn’t mean it’s going to make him into some sort of dark, tragic, morally ambivalent outsider. Don’t get me wrong; I don’t have a problem with superheroes exhibiting those characteristics. But that’s not Superman. The thing that makes “Superman” Superman, the thing that appealed to a very young, un-cynical me, is the character’s purity. Superman fights bad guys not because he’s a tortured soul out for revenge, redemption, catharsis or whatever, but because he is a genuinely good man that wants to use his powers to help people. He helps people because it is the right thing to do.

For those that label this “boring,” I retort that in a world of egoistic antiheroes the most revolutionary character may be an un-ironic hero. Superman embodies the best aspects of the American story. He is an immigrant that comes to embody the highest virtues of his adopted homeland. He is an outsider by birth, yes, but a part of humanity by choice. His greatest power is his capacity to believe–actually believe–in something so quixotic as truth, justice, and the American way.

Does this mean Superman can’t have his complexities, his doubts, his anxieties and vulnerabilities? Of course not. It simply means his complexity is rooted in something other than a rejection of what’s wrong in society. His complexity comes from finding what’s right even in a society that no longer believes in itself. There is plenty of room for a relatable coming of age story that stays true to Superman’s fundamental purity of spirit.

In one of the theatrical previews for Man of Steel, Superman says that the “S” stands for hope. Hope is an interesting thing. It’s so simple even the smallest child watching Superman for the first time can understand and be inspired by it. But it also contains all the complexity of the human (and Kryptonian) belief that you can make things better. I know that the character I see Friday night will be more sophisticated and modern than the one I fell in love with when I was four. But I hope he is still recognizably the Superman I grew up with. 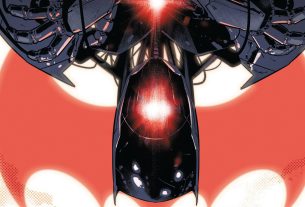