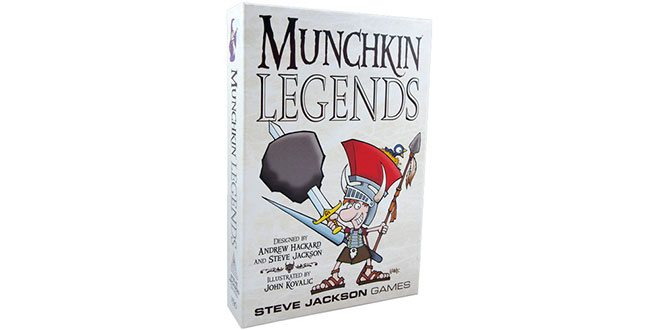 After many expansions, sequels, and licensed properties, Munchkin has turned to the classics — minotaurs, kraken, and Excalibur. In the newly released Munchkin Legends, the iconic card game visits everything from Greek myths like Achilles and Nordic tales like Thor to more modern legends like Paul Bunyan and the Wicked Witch of the (Mid)West.

Like all other Munchkin varieties, Legends is great fun. The treasures, curses, items, and monsters are funny (“Lemming Parade” Play when you’ve failed to Run Away from a monster whose Bad Stuff does not include Death. All other players must also try to Run Away at a -1 penalty) and the art by John Kovalic is spot-on perfect.

Munchkin Legends is available only at Target.com right now and the game will be making its way into physical Target locations in late summer. No word on when/if the game will ever see the inside of your FLGS, so if you want Munchkin Legends, better head for the red dot and circle. 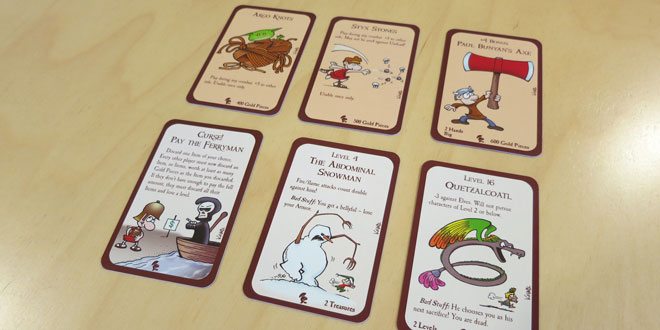 Word Nerd: Guerrillas in the Mist