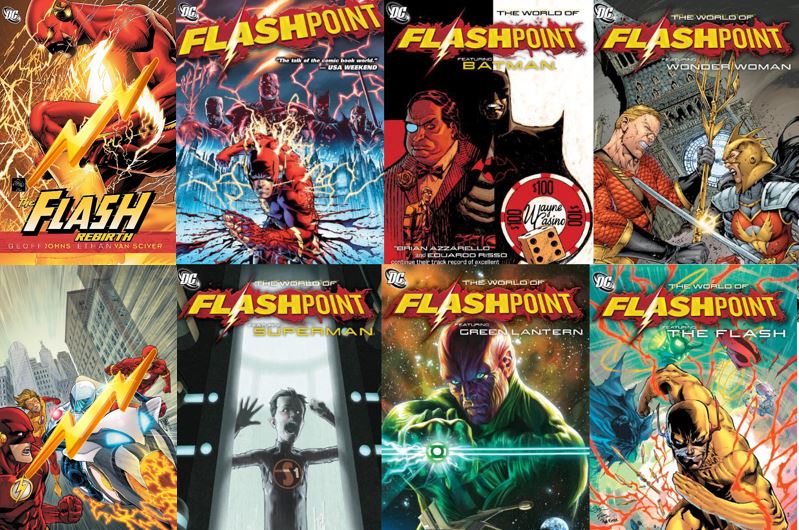 Written by Geoff Johns with art by Andy Kubert, Flashpoint can be considered the on-ramp for DC Comics’ New 52 revamp. Covering events that occur after Flash: Rebirth and The Flash Vol 2: The Road to Flashpoint, this title is where the action begins!

While Flashpoint isn’t a parallel earth or an alternate timeline, nothing is quite what it was before Barry Allen, one of Central City’s finest forensic scientists (and secretly its’ biggest hero, The Flash), fell asleep at his desk. Upon awakening, Allen is without his powers. He soon realizes that reality as he’d previously understood it has shifted.

On his way out of the police station, Barry runs into his mother (literally) and begins to understand just how much his world has changed. No one knows The Flash. No one has heard of Superman, either. Citizen Cold (aka Captain Cold, one of Flash’s main villains) is now Central City’s greatest hero. The Justice League doesn’t exist.

Thankfully, Batman is still around, and Barry heads to Wayne Manor to enlist help in figuring everything out.

After being taken aback by the state of Wayne Manor and then almost killed by Batman (Thomas and not Bruce Wayne in this new reality), Barry’s memories start changing. Suddenly he’s remembering things that were never supposed to have happened: The war between Aquaman and Wonder Woman. Aquaman sinking all of Europe. The Amazons taking possession of London…

Once Barry regains his speedster abilities (a gruesome scene), the story picks up pace and we meet other characters, including:

What’s interesting at this point are the characters. Superman has changed dramatically from his traditional tall, dark, and handsome self. Cyborg is now the American hero everyone loves (in the past he’s been more of a side story character). And despite her quirks, the newly introduced character Element Woman has a good heart, and her ability to change into various elements make her a valuable part of Cyborg’s team.  (I’m excited to see where this character goes when Flashpoint is over. I can see a lot of potential for her to grow and develop as a character.)

Ultimately, Flash realizes that to put the world right again, he has to help stop the Amazons and Atlanteans from destroying the current world first. The end battle reveals a lot about what has actually happened and who really caused it–believe me, it’s not what you’re expecting.

One criticism I have of Flashpoint is that if you only read the main title, it’s enjoyable, but it won’t make complete sense until you read Superman and Batman’s crossover titles. I would have liked to have seen fewer plot holes in the main book and a little less emphasis on the crossover titles because this was an expensive event to read.

That being said, the art in Flashpoint was flat-out beautiful! The panels flowed nicely and the wording was easy to follow from one thought to the next.

Overall, Flashpoint is one of my favorite stories in the DC Comics universe. The book is well written as well as beautifully drawn and relatively easy to follow along. If you’re a newbie, you only need to really know that Bruce Wayne is supposed to be Batman, Superman isn’t supposed to be a scrawny kid in a military facility, and Wonder Woman and Aquaman would never cause a war with each other–let alone sink or raise portions of Europe.

Come back next week when I start looking at the cross over titles, starting with Flashpoint: The World of Flashpoint — Batman 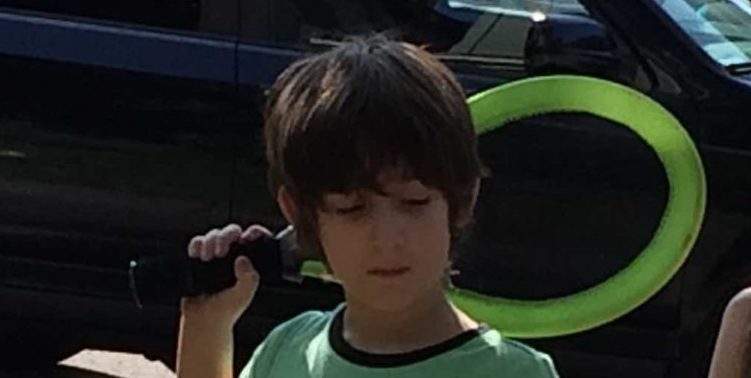 School May Be Starting But We Can Still ‘Get Outside’ 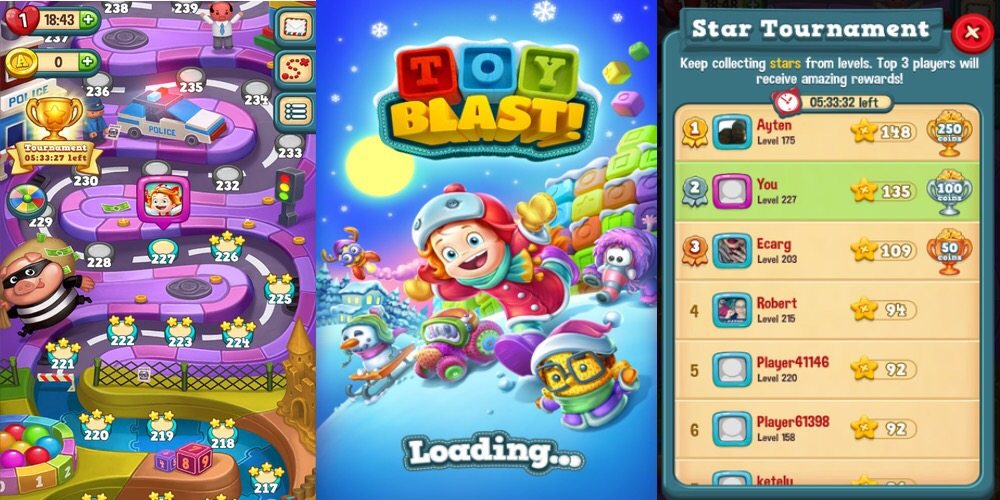