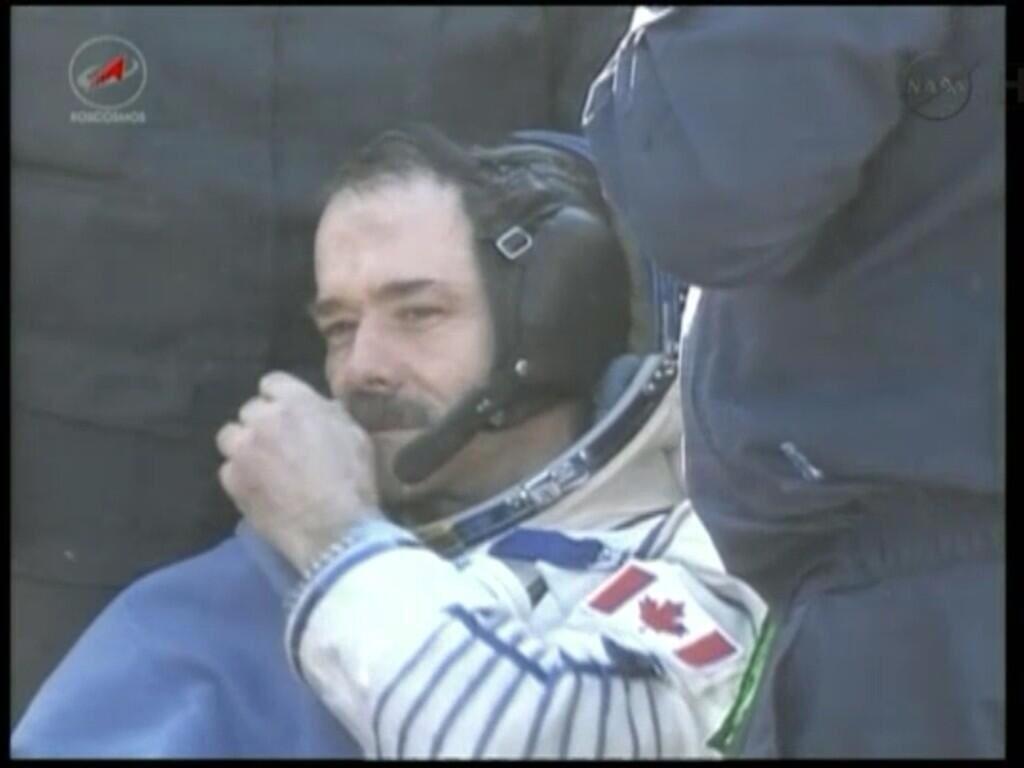 Last night, at 22:31 EDT, after spending 146 days in space — 144 of which were spent on board the International Space Station (ISS) — and making 2,336 orbits around the planet, clocking close to 62 million miles, astronauts Chris Hadfield (Canada), Tom Marshburn (United States), and Roman Romanenko (Russia) touched down safely in southern Kazakhstan.

They call the landing a “soft landing.” But as you can tell by the plume in the above video, it is anything but soft.

Shortly after they landed, Romanenko, Marshburn, and then Hadfield were carefully extracted from the Soyuz TMA-07M Spacecraft.

As I watched these events unfold, with millions of others around the globe, I couldn’t help but to be reminded of two things: Superman and childbirth.

As I watched Marshburn being extracted, I tweeted, “You know when Superman crash-lands on Earth as a baby, and crawls out of his ship… this is kinda like that but SO MUCH BETTER!”

It was when they mentioned that Marshburn was caught that I stopped viewing these events as three superhero astronauts emerging from their extra-terrestrial vehicle, and began seeing it as childbirth, tweeting, “He’s caught! It’s a breach delivery!”

Then, things became very tense for me when it took quite a bit longer to extract fellow Canadian Chris Hadfield. Because the above video is edited, if you missed the live feed, you missed some of the nail-biting suspense of these events.

I cannot even begin to imagine the anticipation and nerves felt by the families of Hadfield, Marshburn, and Romanenko.

Finally, Hadfield emerged from Soyuz’s womb, and I exclaimed, “THERE HE IS! THERE HE IS! Commander Hadfield has been birthed!”

Then, the astronauts held hands for a photograph, and I was transported, this time, to Superman II. But, the three villains from Krypton were replaced with three superheroes from Earth.

Thankfully, I have very forgiving Twitter followers who patiently sat through copious amounts of tweets about superheroes and childbirth. The above is just a small sample.

Expedition 35 was, for me, a very magical mission. It was the first time a Canadian was in command of the ISS. For Canadians, this is a pretty big deal. One so big, it is being commemorated, along with all of the accomplishments of Canadian astronauts and the Canadian Space Agency, on our new five dollar bank note.

This event could have gone unnoticed by the rest of the world. After all, people have been living in orbit for years — this is only one reason why I label astronauts as superheroes.

But, not only did Chris Hadfield capture the hearts and imagination of Canadians, he captured the hearts and imagination of the world. Through amazing pictures, numerous videos, speaking with thousands of students in classrooms across Canada, and music from space, Hadfield has sparked a fervor for science, technology, and space exploration not experienced on such a grand scale since the Apollo 11 Moon landing.

Watching the world fall in love with a man I consider to be a true Canadian hero has filled me with immense joy, to say the least. 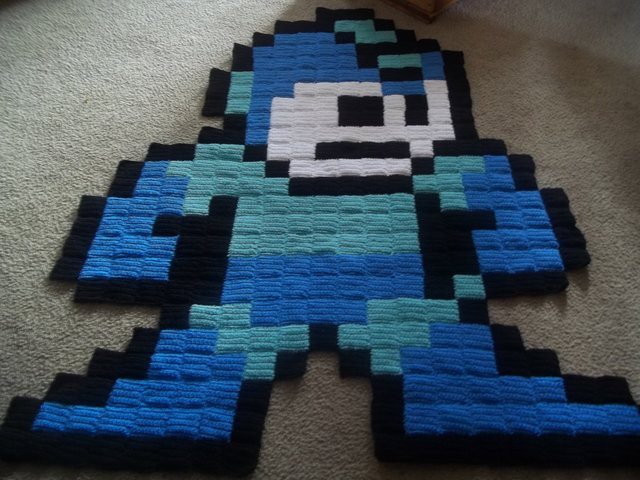