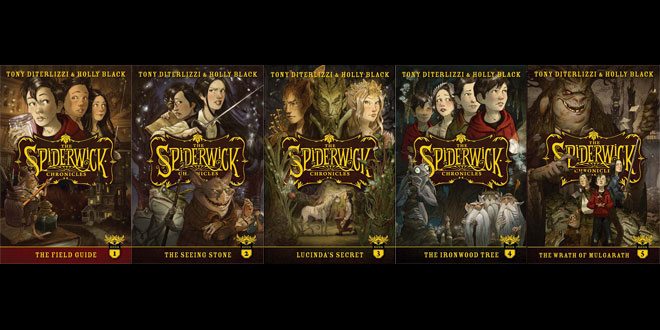 It has been ten years since the publication of The Spiderwick Chronicles #1: The Field Guide, and since then the five-book series has spawned a film adaptation, a video game, and another three-book series entitled Beyond the Spiderwick Chronicles. The middle grade readers who discovered it when it first appeared are now well into college, and kids who were just born when it was published are now the perfect age to discover it anew.

To celebrate the occasion, I posed a few questions to DiTerlizzi and Black about what it’s like to realize something you created a decade ago is still going strong. 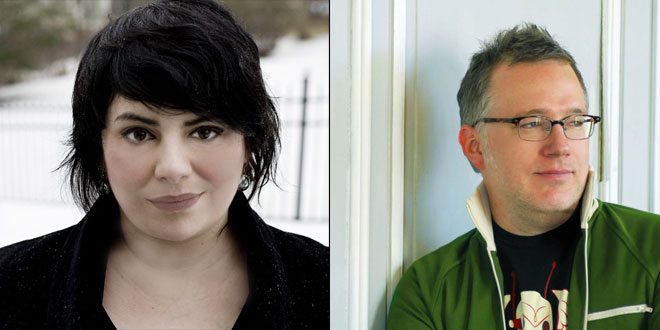 GeekDad: So, last year you wished me a happy birthday. This year I get to wish you a happy birthday to The Spiderwick Chronicles! My oldest daughter’s going to turn ten later this year, and it definitely feels weird to me to think about that—I’ve been a dad for a decade now? This person has been in the world for that long? So what’s it like for you now that The Spiderwick Chronicles has hit the ten-year mark?

DiTerlizzi: It’s funny you use your kid as the metaphor for this because I always joke that these books were the offspring of Holly and me. I think, just like a child, there was a lot of love, nurturing and effort that went into each and every book. Fortunately for us that nurturing paid off and we have this amazing achievement to celebrate.

GeekDad: When you look at your work in The Spiderwick Chronicles, does it feel “old” to you, like a style or technique that you did once upon a time, or does it feel more like something you just finished? Has your style—both writing and illustrating—changed and evolved much since that first book came out?

DiTerlizzi: Absolutely. Of course, for the Spiderwick illustrations I intentionally tweaked my style so that the art would look old-fashioned, like a Grimm’s fairy tale illustrated by some bygone illustrator (i.e., Arthur Rackham). The visual twist is that these are ordinary modern-day kids in fantastic extraordinary settings.

Writing-wise, I’ve never worked like I did with Holly. Ours was a unique arrangement where we would plot together early on and then she would go off and write the story. At some point she would share the manuscript and I would offer input and edits. On top of that, she would offer input on the design of the characters and the illustrations. It was two separate people working to make a cohesive whole.

Black: And I’ve never worked like that with anyone either, not before or after. From the beginning, it was a unique arrangement and I don’t think I realized how unique it was at the time. We were like kids, making up stories together. Tony would send me a drawing and I would write a scene to go with it. I’d send him some writing and he’d call me up to talk through it. Writing Spiderwick was so much fun—and I learned so much from it. I think I’ve evolved as a writer, but I’m also really proud of what we did.

GeekDad: So much has happened in the world in ten years. In the world of fiction, sometimes I see that reflected in the characters’ interests and how they approach the world: for instance, there are lots of books about kids using cell phones, writing blogs, looking things up on the internet. (It still strikes me as somewhat weird that the comic strip Blondie, which I picture as set in the 1950s or ’60s, now includes things like computers and iPads.) Other books avoid specific mentions of any particular technology—at least anything relatively new, so that it’s harder to place the stories at a specific point in time.

DiTerlizzi: We used cell phones and that was about it for any modern conveniences. Holly came up with the idea of the kids stuck in an old Victorian house, so it forced most of our everyday technology out of the books. I don’t think they’d even get good reception at the Spiderwick estate if they had iPhones.

If we are lucky in that these books stand the test of time, then the real-world elements of today will become artifacts of our time. I think of the Victorian references in classics like Alice’s Adventures in Wonderland or Peter Pan & Wendy and those elements are now part of the charm. Only time will tell if readers 100 years from now feel the same way about Spiderwick… if it is even still in print!

Black: I remember, actually, that Tony was really careful about adding too many things that would date the books. You can see it in his illustrations, too—the television the kids are watching is clearly an older model that was found in the house, thereby confusing the exact date the books take place. So while stuff is there—and there’s no avoiding some real world stuff—it’s quite minimal. That was all him!

GeekDad: The Spiderwick Chronicles relies on old technology—books. On the other hand, something like WondLa relies on a lot of futuristic technology, distant descendants of the iPhone that don’t seem quite so far away. Would The Spiderwick Chronicles be as compelling as an app or a website instead of a dusty old book? Do you have a preference, at least when it comes to children’s fiction, in the types of technology to include?

DiTerlizzi: I think you have to let the story dictate what avenues the author and publisher should pursue regarding other media to deliver the story. Spiderwick relies on an old dusty field guide (to fairies) as the central artifact of the story, so it seems to me that traditional books are still where it should remain. That said, Simon & Schuster is releasing the ebook edition for the first time, so we shall see how it fares in that arena. The times they are a-changing…

Black: I agree with Tony, although I do think that the modern faerie naturalist might well use different technology to capture the images of faeries in the wild.

GeekDad: We often talk about how a book affects a reader, especially when kids grow up with a book or book series. But for a successful and long-lasting book series, I think it’s fair to ask: how has The Spiderwick Chronicles affected you? What’s the most memorable or most surprising thing that has happened to you because of this series?

DiTerlizzi: The biggest eye-opener for me was learning from parents, teachers and librarians what a “reluctant reader” was and how Spiderwick (inadvertently) created a tantalizing first step for many into books.

Originally the story was meant to be a single 500-600 page book and then a companion field guide. This was back in 2002, so there were comparable books out there like it, namely the Harry Potter series and Series of Unfortunate Events. Early on, our editor (the fabulous Kevin Lewis) pointed out that if we broke our story up into pieces it might become appealing to younger readers who would not be intimidated by its length. This would also take us out of competition with those phenomenal series. On top of that, I could also lavish each book with many illustrations, which would aid in reading comprehension and break up the text into smaller easy-to-read passages.

I believe those two decisions were very critical to the series success. That, and we released them at a breakneck pace. All five books were released in the span of two years. It was a hectic ride, but worth every minute.

Black: I think, for me, the most surprising thing I learned was how much I really loved writing for middle grade readers. I thought of myself as primarily a writer for adults and older readers and when I first set out to write that first Spiderwick book, I wasn’t even sure I could write a chapter book. But writing Spiderwick got me to think about what it had been like for me when I was nine and ten and eleven and twelve. It got me to remember searching for evidence of faeries in my own backyard. And whenever I hear from a kid who tells me about the evidence he or she found, whenever I see the artwork they’ve drawn of the stuff they’ve seen in the field, whenever they tell me their stories of faeries, it makes me incredibly happy, because it makes me remember how much that stuff meant to me and it makes me feel like we did something good in the world.

GeekDad: I know you (both) have new books in the works—tell me about them! What are they about and when should we expect to see them?

DiTerlizzi: I am finishing up the last of the WondLa trilogy, titled The Battle for WondLa and it will be out next year.

Black: My first middle grade book since Spiderwick just came in. It’s called Doll Bones and it’s about three kids who go on a road trip to bury a doll that may or may not be haunted. But it’s also about the time just before adolescence when kids are being urged to give up telling stories. 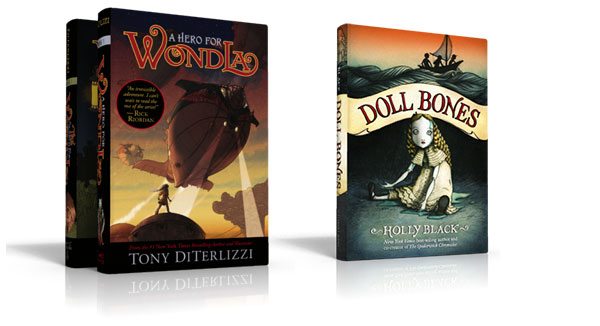 GeekDad: Thanks so much for your time, and congrats again! 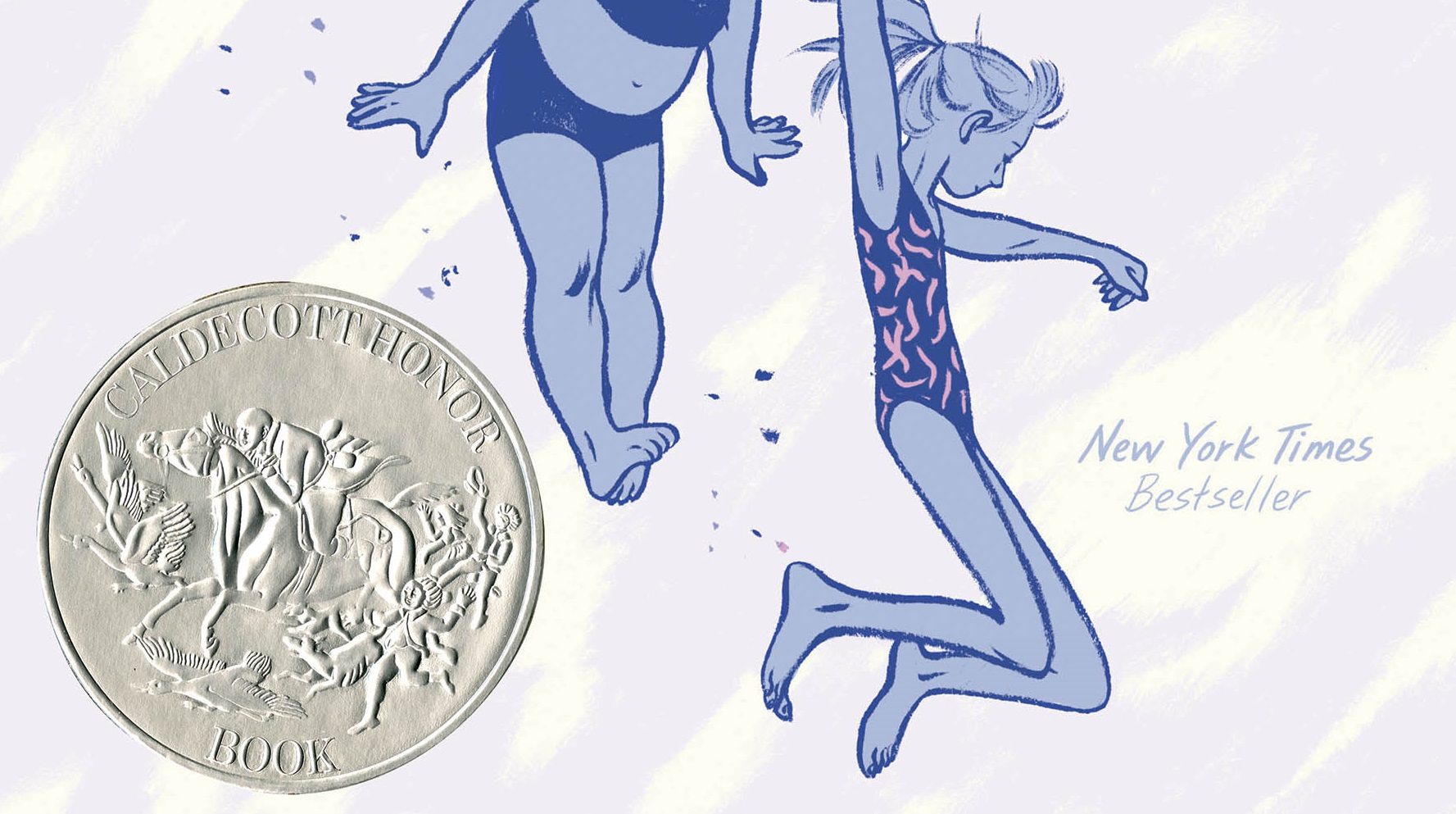