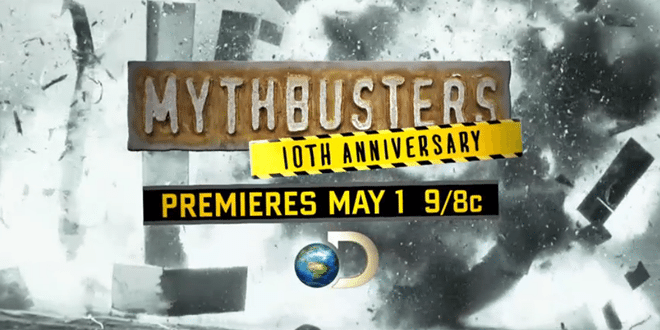 Turning ten is a big deal. That extra digit signifies a huge transition in a kid’s life, with the realization that legal voting is closer to the moment than being born.

Ten is also a significant number for television shows. While still a long way from catching Meet the Press, 2013 marks the tenth year of Mythbusters, a program that applies the scientific method to test everything from Internet memes to movie magic.

The first episode (“Jet-Assisted Chevy”) aired in January 2003. Tonight, the science-loving team of Jamie Hyneman and Adam Savage—along with Tory Belleci, Kari Byron and Grant Imahara—revisit their first project in celebration of a decade of busting myths with science. It will be the Mythbusters‘s 220th episode, and many of our Next Generation Geeks have managed to see them all as they have grown up with the show.

The geek cult around Mythbusters extends beyond those myths and urban legends, however. Through their methods and madness, the lessons learned on the show are also inspiration for good parenting.

Here are five gems from the popular television show that can be co-opted into parenting mantras:

Failure is Always an Option

We learn through our mistakes. Since kids have a lot to learn, there are many opportunities to fail. One of the more difficult things for a geek parent to do is witness the failure happening and not step in to fix it.

Sometimes, it is best to allow the laws of physics to play Bad Cop. Be there to hold your child’s hand in comfort before explaining the engineering that crashed her World’s Largest Paper Airplane project. Experiencing failure is often a prerequisite to success. It can cultivate boldness and resiliency when faced with future challenges. Furthermore, sharing our own stories of failure disrupts unrealistic definitions of success while fostering empathy.

“Results are data,” as Adam likes to say.

I Reject Your Reality, and Substitute My Own

This Savage-ism came early in the series, during a debunking of whether a car could be ripped off its rear axle. Adam used the phrase to deny what he had previously said on video tape. Although my kids don’t use those same words, they remind me daily that their world is often grounded in a different reality than the one to which adults are accustomed.

It is common for kids to struggle to articulate what they want, and the communication gap that results can lead to incorrect motivations mistakenly assigned to their actions. Larry Cohen—a psychologist specializing in children’s play therapy and author of Playful Parenting—believes that all kids want to connect. It is primarily our misreading of their intention that leads to angst. We engage our kids by getting down on the floor with them. Let them make the rules of play, and make an effort to understand them on their terms.

Most Things End in an Explosion

Jamie’s favorite refrain—”When all else fails: C4″—is the force driving many Mythbusters experiments down a path to big booms. There are days when I feel this refrain is also true of raising children, especially when one of those kids channels Kevin Kline from A Fish Called Wanda. What do you do when your kid explodes?

“Children do well if they can,” says Ross Greene, a professor at Harvard’s Department of Psychiatry. Greene wrote a few books on the subject of how to treat “explosive children,” kids with social, emotional, and behavioral challenges.

Greene’s model—Collaborative Problem Solving—is based on two key insights. First, behavioral problems are best understood as an outcome of lagging cognitive skills, not attempts at manipulation. Second, it’s more effective to address the underlying conditions of the behavior, rather than incentivizing correction through rewards or punishment. As Grant Imahara once observed, that little black box says we crashed. Not much can be accomplished by trying to fix the box.

Sometimes when the crew is finished busting, there is still time to play. “Overdoing” an experiment may simply be an excuse to put Jamie’s C4 principle to use, but it also typifies an important insight about learning.

To understand one’s limits, experimentation with excess is mandatory. Despite being a bit of a technophobe, educator Bev Bos has a lot of great things to say about how kids learn. In the talks she gives, the founder of Roseville Community Preschool tells childcare administrators and teachers that “children have to use too much.” Bos recommends putting out more material than seems necessary and inviting kids to use as much as they want, even if that means using several rolls of toilet paper to make a paper rock. It is never wasteful to spark a child’s creative spirit.

Remember the Mythbusters motto: With enough lubrication, we can do anything.

The obvious parallel here might be, “Do as I say, not as I do.” However, I interpret this signature Mythbusters disclaimer as a reminder of what it takes to be a good parent: experience.

Parenting isn’t easy. It requires some expertise that can only be developed by doing the things listed above (e.g. failing, overdoing, dealing with explosions). As a consequence, some of our mistakes along the way can be devastating. Especially in those moments, friends and relatives are prone to console through advice, but it is surviving the day-to-day trials that gets you the most useful information.

Like building robotic swordsmen and remote-controlled cars, parenting is a team sport. I’m lucky to be married to someone who reads a lot on the subject, shares what she learns, and works with me to apply that knowledge to our specific circumstance. When one of our three kids starts yammering about some fantasy creature or LEGO creation, I am reminded of Adam’s emotional admission to Jamie: “I love building strange crap with you.”

Congratulations, Mythbusters, on today’s big milestone! As Geek parents, we fully expect another decade of parenting insights to surface as byproducts of the scientific method. Catch a sneak peak of the anniversary show on Discovery. 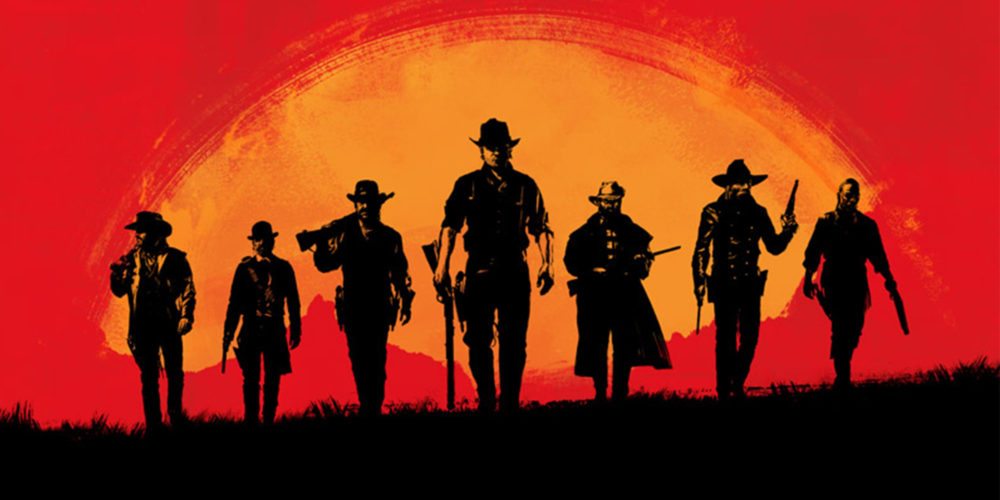 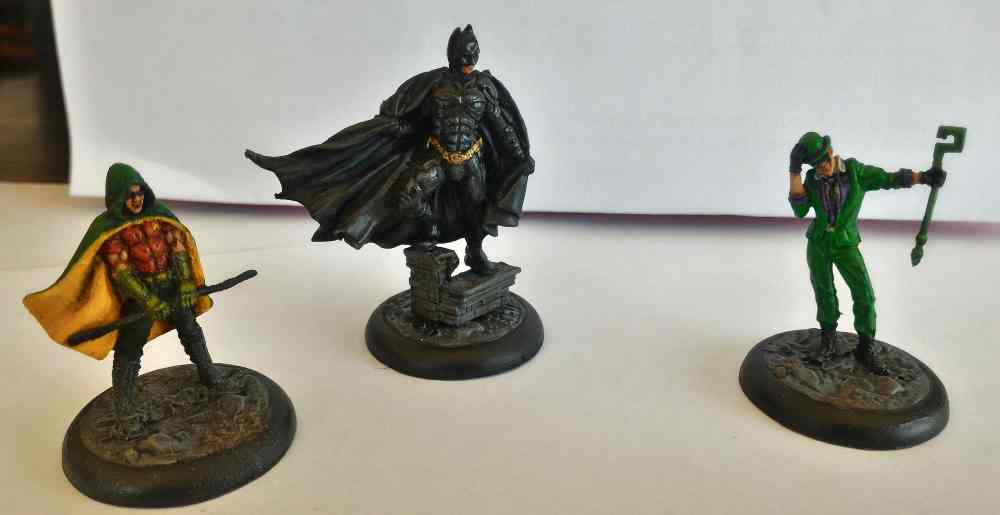 1 thought on “Mythbusters Taught me Everything I Know About Parenting”