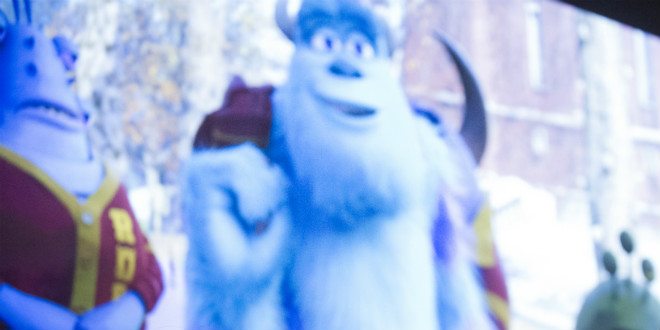 Just about a month ago I had the rare privilege of not only visiting Pixar’s headquarters, but also learning a lot about the process they use to produce the astonishingly-high quality movies they have built a reputation on. This was done in the context of Monsters University, the next Disney/Pixar film to be released and the prequel to the 2001 movie Monsters, Inc..

It’s been longer than I care to think about since my college days, but I’m reasonably sure (no offense to my former professors) my classes weren’t close to as much fun as the ones I attended at Pixar were. Getting an inside look in how they make the movies I’ve loved since 1995’s Toy Story was an experience I’ll not soon forget. Read on for a taste of what I learned. In keeping with the “university” theme, the sessions were given names like college classes.

This class was just amazing, for several reasons — not the least of which was that Kelsey Mann, the “instructor,” was able to guide a roomful of bloggers including me (there’s a reason why, as an artist, I stick to writing) to draw reasonable facsimiles of Mike Wazowski in only a minute or two. That, and his drawing demonstrations, were pretty awesome.

But my biggest takeaway from his “class” was the inside look at Pixar’s story process. Now, it’s no secret that Pixar gets the story mostly worked out before any other part of the movie is made. But listening to Mann describe a roomful of writers with pads of paper and pencils tossing out every plot point or joke that pops into their heads until the best ones float to the top made me seriously jealous of the people who worked there. I mean, even more so than I had been before. I want a roomful of brilliantly creative writers to bounce ideas off of for the things I write, too!

In this session, the class learned about how the creative team took the characters of Mike, Sulley, and Randall from the first movie and (successfully, I must say, having seen 45 minutes of the prequel) made them look younger. It hadn’t really occurred to me before hearing them discuss it, but it really is an interesting question: How do you make a character who is essentially a walking, talking green eyeball look like he’s in his late teens? They showed us some of the techniques they tried, shaving off bits of Mike to make him a little slimmer, tweaking his arms and legs a bit, and he really did look younger — but only when they showed him next to the original Mike from Monsters, Inc. If you saw the younger Mike by himself you couldn’t tell, so they gave him (and the other characters) a “visual cue” — in Mike’s case, a retainer. They gave Sulley a jacket and a faux hawk (and slimmed him down a bit), and Randall they actually plumped up a little and gave him glasses.

This class really opened my eyes to what I now think is one of the chief reasons Pixar has earned the reputation it has: attention to detail. It’s the pieces of the environment, the background of their movies — some so subtle you’d be unlikely to notice them unless staring right at them — that make the worlds they build rich and immersive… and ultimately believable. The instructors talked about the design of Monsters University itself — how they took the basic idea of a college campus that we all recognize and made it more “monster-y.” This was done with some little things — horns and spikes in the architecture, for example — and some bigger things, like an underwater area of the campus, because of course it makes sense that some monsters would live in the water.

The advances in technology in the past twelve years made it possible to make the campus seem much more like a college, too. In the first film, they never had more than a few characters on screen at any given time, but that wouldn’t make sense on a busy campus. But mostly they concentrated on taking elements of real-world college campuses and tweaking them — my favorite part was how they used the fact that everything in the movie’s world is powered by screams, with pipes going everywhere in place of the electrical wiring we’re used to.

As a software engineer in my non-blogging life, I was fascinated to see this demonstration of how they take the sketches of a scene and translate them via a multi-step process into a fully-rendered animated final product. Seeing Scott Clark use their software to move Sulley around in the scene, to move the “camera” around in relation to the characters, and to manipulate Sulley’s expression and body. It was a reminder both of how sophisticated the technology is that’s used in Pixar’s movies, and also of just how much work their animators do to put together an entire movie.

This was even more of the technologically amazement from the previous class. The instructors spoke about how lighting works in rendering the film, and how complicated this film was relative to the “usual” Pixar movies. It turns out that (as I mentioned earlier) there are lots of characters on screen at many times — 24 characters average versus a usual average of 10.

It was also fascinating to hear and see more about the advances in fur rendering in the past twelve years since the first film, and you can really see the differences if you look for them — and in many cases, the differences will make things so much more realistic that you will be less likely to notice them unless you do. Considering that most of the characters in Monsters University have hair, and there are so many on the screen at a time, it shouldn’t surprise you that Pixar had to double their rendering server farm for this movie.

While I love hand-animated movies, there really is something extraordinary about the way Pixar makes animation look… real. And it was just extraordinary to be there to see inside the process. 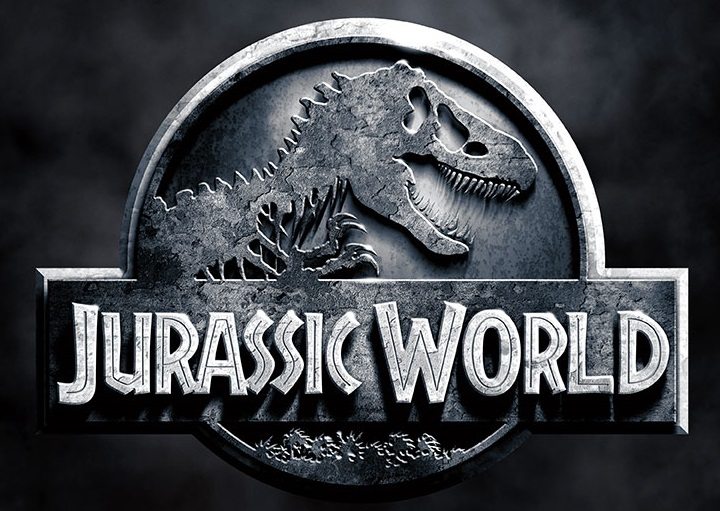 Poll: Who Is Benedict Cumberbatch’s Character in Star Trek Into Darkness?

Make Art: the Cafe with Craft