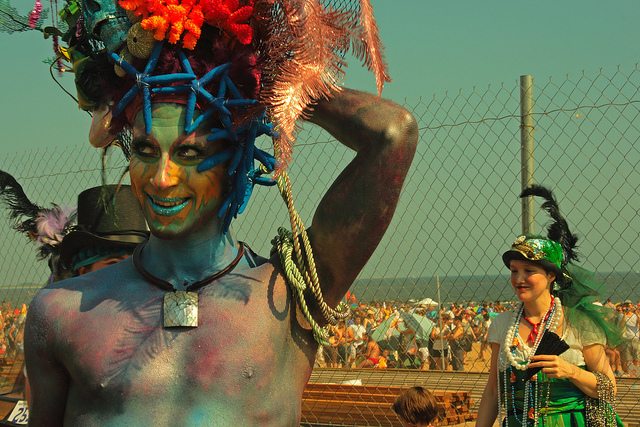 For years now, Coney Island’s Mermaid Parade has functioned as my own personal Rumspringa. For the rest of each year I might have seemed like nothing more than a mom, a homeschooler, a cub scout leader, a Sunday school teacher, an advocate–let’s face it, not the stuff of myth and legend. But one day each June, miles from the “Mom…Mom…Mom…” of home, I got to revel along with 750,000 like-minded, beach-bound souls at the largest, friendliest art parade in the country. Heaven.

Just the other day we were talking behind the scenes at GeekMom about cosplay. A couple of the other writers said that criticism was par for the course once you put on a costume–particularly if your body type didn’t match exactly the character you were playing. “Don’t cosplay if you don’t have a thick skin (and, to be safe, a slim waistline),” seemed to be the consensus. Some GeekMoms admitted that this unspoken rule stopped them from even trying to play certain characters…

This made me realize once again how unique the Mermaid Parade actually is–because the point of the event is to celebrate artistry, creativity, and the body in all of its permutations of shape, age, color, gender, preference, and clothed-ness. The Mermaid Parade is a no fat-shaming zone, a pagan bacchanal of the body glitterati, a chance to actually become whomever you want, no holds barred.

People at Mermaid Parade are just having too much fun to be haters. That is one of the reasons I go back year after year.

Unfortunately, with attendance rising each year in memory, the costs of the parade have risen, too. The organizers pay for permits, insurance, port-a-potties, reviewing stands, security, first aid kits, sound systems, truck and cart rentals, etc. This year, as the organizers explain on their recently unveiled Kickstarter page, Hurricane Sandy wiped out the most important revenue stream the parade’s not-for-profit had:

Hurricane Sandy wreaked havoc on the Coney Island community. It also destroyed our historical museum and performance space at 1208 Surf Avenue. We rely on the income from our popular side-show and gift shop, along with registration fees, to pay for the Mermaid Parade. With our building severely damaged and donations slowing to a trickle, our not-for-profit has had virtually no income. In many ways we’re still underwater. What this all means is that the 31st Mermaid Parade now has a budget shortfall of $100,000. This is an impossible gap for a tiny not-for-profit arts organization like ours.

Unless that 100K shortfall is erased through contributions, for the first time since 1983, there won’t be a parade this year. On the plus side, contributors to the campaign can score some of the best swag ever to adorn a Kickstarter wall:

People of the web: Consider sending some green love the parade’s way. You’ll be contributing to an amazing event!

Remembering the Comic Genius Behind the Famous Comic 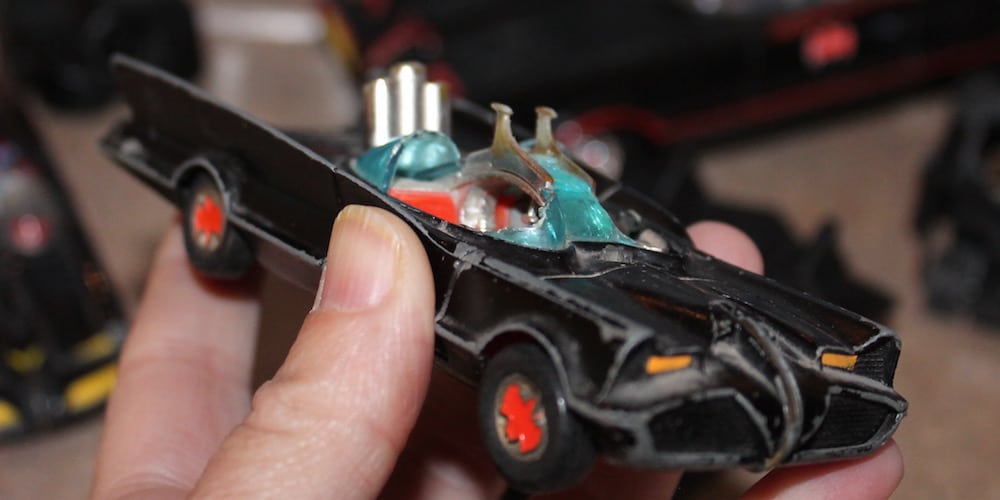