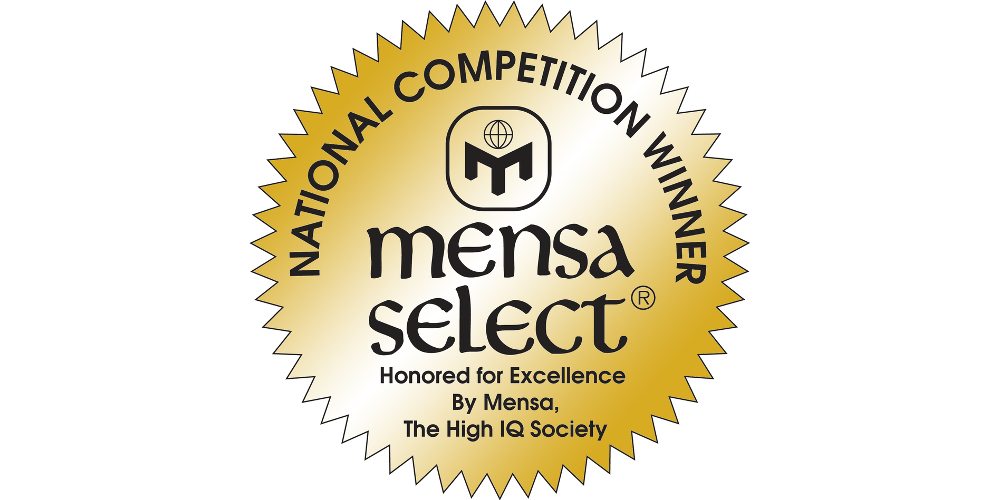 In the middle of April, many, many Mensans (and some non-Mensans) once again gathered to determine which table top games would win the right to display the Mensa Select seal. Every year, five games win this honor, and every year, many intelligent, game-loving folk gather to choose which games they feel are the best. Here are this year’s five!

Forbidden Desert
Ages 10 and up
2-5 players
Playing time: 45 minutes
A follow-up to the original Forbidden Island, this game, also by Matt Leacock, will be familiar to players of the original, but it has several new mechanics. It still uses a board that comes in pieces and is still a cooperative game. But its new challenges, such as a board that changes and different resource management, help to keep things fresh. If you liked Forbidden Island, this one isn’t to be missed.

Ghooost!
Ages 8 and up
2-6 players
Playing time: 15 minutes
This new card game from Richard Garfield reminds me of several other card games mixed together. In Ghoost!, you try to rid your house of all kinds of spooky creatures, while trying to prevent your opponents from doing the same. Think Uno with much better theming and a lot of extra features!

KerFlip!
Ages 8 and up
2-4 players
Playing time: 15-20 minutes
A speed-based anagram game, KerFlip! will keep you rearranging letters in your head to make words faster than your opponents can. Letters are worth more the first time they are used in a word, so be creative! Each player tries to make a word before time runs out.

Kulami
Ages 9 and up
2 players
Playing time: 20 minutes
This two-player strategy game is very tactile with its marbles and wood tiles. Arrange your marbles to capture as many tiles as possible, while preventing your opponent from doing the same.

Suburbia
Ages 8 and up
1-4 players
Lay tiles to turn your small town into a large city in this Sim City-like table top game. Add industry, stores, governments, housing, all to encourage people to move to your population center. The player with the largest population in their city at the end of the game is the winner.

I’m a couple of weeks late announcing this year’s winners, but there’s still plenty of time to get a hold of these games before… well… summer? They’ll be great for summer activities when it’s too hot to go outside, or you’re going on a road trip and want a fun new challenge for your family. Plus they are good for any ordinary game night.