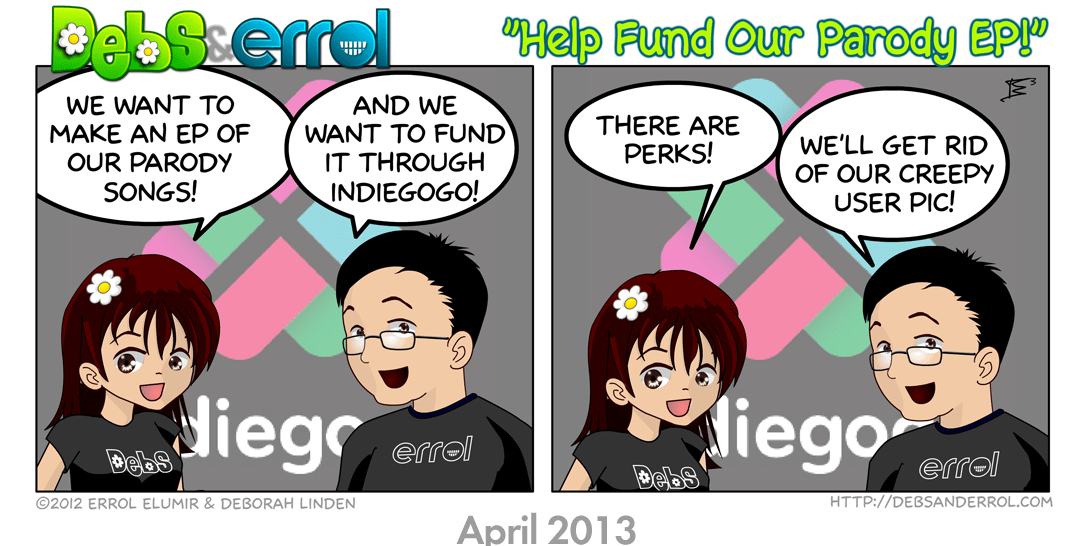 One of my favorite geek music duos, Debs and Errol, want to make a geeky music parody EP. To do this, they need your help! Enter their Indiegogo campaign.

When completed, this yet-to-be-titled EP will contain six songs. Currently, Debs and Errol can tell you that the album will contain the following five parodies:

Once the campaign is over, everyone who contributed, regardless of amount, will get to vote on the final song. The songs up for vote are:

There are some amazing perks in this campaign, including t-shirts, handmade Totoro shakers, private Google+ Hangout concerts, digital albums, being turned into a comic character, and an autographed limited-edition hardcover edition of the first 72 Debs and Errol comics.

To find out more information about this campaign, visit Indiegogo.

While you are waiting for this awesome album from Debs and Errol, you can listen to and purchase their first album, Songs in the Key of Geek on Bandcamp, or via the player found below.

In the interest of full disclosure, Errol wrote, recorded, and performed the songs for my book, Five Little Zombies and Fred. Even if he was not a close pal, I’d still be shaking people while urging them to support this Indiegogo campaign. Why? The world needs more awesome, good-quality, geek music and parodies. 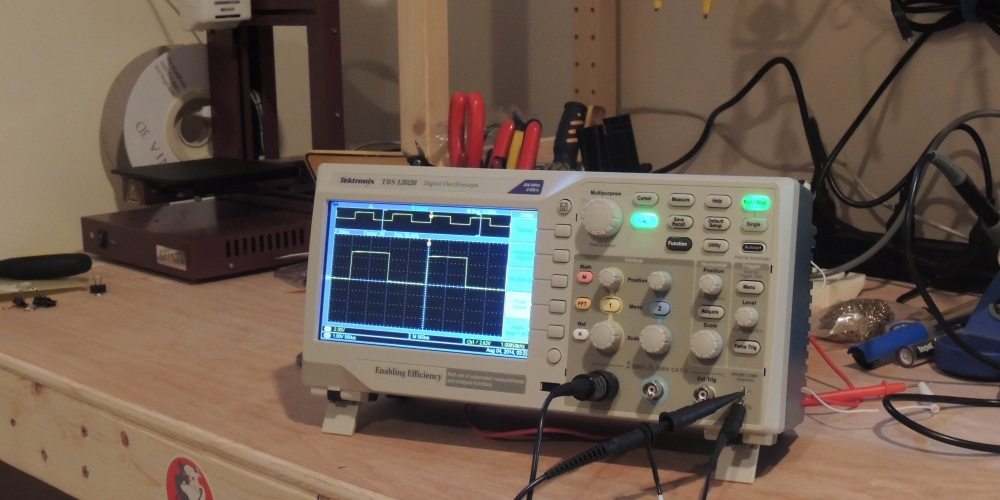 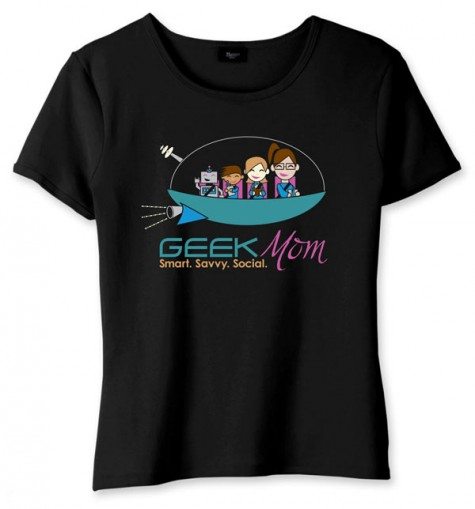