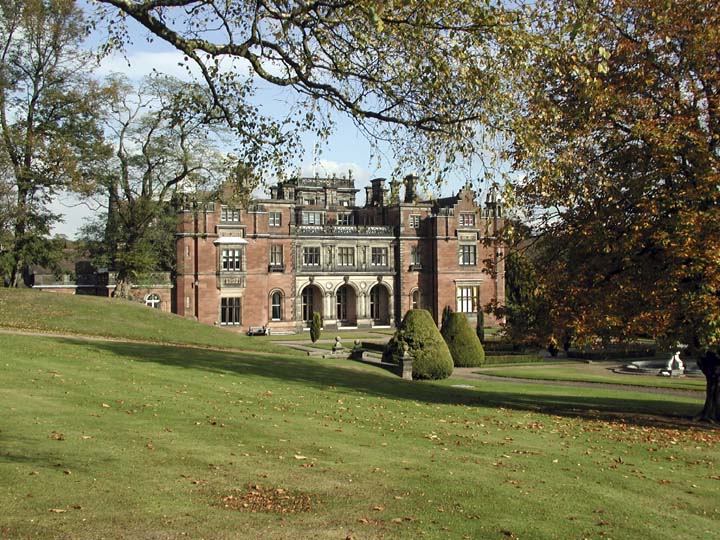 I’m always intrigued to hear what people are reading, what they have read, what they are looking forward to reading. Reading, books, literature, magazines, pages, paper, these are all things that I will happily sit and talk about for hours. So I was inspired by a blog post over at Powell Books last week, into looking at the books that have changed my life. These are not books that changed my life through “because it’s great”, but books that you can use to pinpoint a change in your life, a change in your way of thinking, your growth be it emotional or otherwise. Books for which you can say “I realized that there would always be good in humanity after reading this” rather than “It was wonderful.” So here in no particular order, are some of the books that have affected my life and my capacity as a reader.

by Arthur C Clarke. I read this book when I was fifteen, mainly because the boy I was besotted with had a thing for Clarke and Asimov. I was already a Trekkie by choice, and so literary science fiction didn’t seem like a big leap. It was not a waste of time, I did not dislike the book, in fact I enjoyed it rather a great deal. However, I realized at that point that I didn’t have to merge my identity with someone else’s in order to be liked by them. I am glad I read 2001, but I didn’t read anything else by Clarke until years later, and then it was by choice and not in order to curry favor. I will always see this book as a turning point in my emotional development, and the first step I took in relinquishing what was becoming an unhealthy teenage obsession.

by Jane Austen. This is my favorite novel of all time, and it is wonderful, but these aren’t the only things I say about Austen’s masterpiece.

When I was in middle school our English teacher, Ms Bird, took us to the library and we were told to pick something, anything, from a particular section of the library and then write about it. After getting a false start with Tess of the D’Urbervilles

, I settled on and fell in love with Pride and Prejudice. This was my first successful venture outside of R. L. Stine and Francine Pascal, it quickly led me to the Bronte sisters and beyond. Pride and Prejudice was my first literary love, and started me on a more mature affair with this business called reading. Everything I have read or written since stems back to this moment.

by Emily Prager. When I was at University in England, I took a postmodern literature class in which I discovered modern authors such as Don DeLillo and Thomas Pynchon. I also discovered that it was possible to hate a book, to loathe an author, to despise a scenario. Which is what I did with Eve’s Tattoo. I found it almost instantly unbearable, my hatred of the main character gradually seeped onto the author who would think to create such a being.

In Eve’s Tattoo, the main character gets a tattoo on her forearm. The tattoo is that of a Holocaust survivor, it is a number from a prison camp. To everyone who asks, she gives a different story as to why she has it. To my young mind, and to my mind still, I found it to be presumptive and dishonorable. The fact that this woman would make up a story for each telling, didn’t feel like the remembrance she was seeking, but a desire for attention. To add insult to injury, the woman did not even have to deal with the consequences for very long, as in the final chapters she was in a car accident that  only damaged the part of her body containing the tattoo. Up until this point, I didn’t think it was possible to hate a book with such passion. Certainly, I had read things that weren’t my cup of tea, but this I found deplorable. Up until this point I assumed that my professors knew what they were doing, that I didn’t know more than they did, that their choices were somehow divinely appointed.

If Pride and Prejudice began my literary love affair, Eve’s Tattoo was the first argument, the first time gas was passed in bed, the first jolt of reality. I kept the book for over a decade and only recently sent it to goodwill, why did I keep it? To remind myself just how bad things can get.

The Other Boleyn Girl

by Phillippa Gregory. I need to go back in time to understand this one. I fought with J.K. Rowling for years. I loved the Harry Potter series, but I argued with myself as to whether they were good books, or good children’s books. I wondered how much was borrowed from other works. I contemplated how bad the writing was. I felt jealous of her success. Yet I loved the world she created. My relationship with this series summed up the literary snobbishness that had been developing in me for years, the part of me that would put Austen on the shelf but read Grisham on the sly. Then came The Other Boleyn Girl.

I fought with myself for a long time before reading it. I am addicted to The Tudor Dynasty, whether the world depicted is true to history or fantastical (thank you Jon Rhys Meyers), and had loved reading fictional accounts of this era as a child. I wanted to read it, but I also wanted to think myself above it. I relented and I laid aside all assumptions I had to the highground. Fiction, if written well, does not need to be considered by “society” to be great, in order to be a darn good read. I read The Other Boleyn Girl regularly, it has a permanent place on my shelf, and it reminds me that the only person who suffers as a result of my snobbishness is me. I miss out. I lose.

by JRR Tolkien. After my first year in college I spent the summer at home. It was the last year I didn’t really have a job. I went on a missions trip to Bulgaria, I prepared for my next semester – the one in which I would be in the US for four months and meet my now husband, and I read.

My father had tried to read The Hobbit to me when I was younger and I utterly ruined the wonderful moment he was trying to create with his daughter by feigning a yawn. It is something I will always regret. He put the book down and never picked it up for me again. The summer of 2000 was the year I discovered Middle Earth. All of a sudden a hundred references made sense to me, dozens of jokes, it was like a whole new world had been opened up to me, and it was not confined to those pages. That was the last summer I spent at home in England without a visit to Maine. It was the last summer before I would then either be in college or working full time. It was my last real summer at home with my parents. I was nineteen, I had taken it as far as I could go and in many ways, reading The Hobbit, and The Lord of the Rings, marked the end of my youth.

by George Eliot. If reading The Other Boleyn Girl opened up a new world of fiction to me, reading Middlemarch in 2003 rekindled an old flame. I had attempted to read George Eliot when I was in high school, I started with The Mill on the Floss. I enjoyed the story very much but felt that she was too wordy, that where a handful of words would suffice, a whole chapter ensued. During my last year in college, I spent some time in front of the magnificent Keele Hall, and I set myself a goal. To sit in the sunlight of this stately home, to drink my thermos of tea and to read 100 pages of Middlemarch each day.

I accomplished this, and re-awoke a passion for reading that had been somewhat subdued by a Bachelors degree and Masters program that had me read a novel every week. Middlemarch is the novel that reminds me just how rewarding, nourishing, and soul satisfying it can be to read, to just read, to not be tested on something.

What are the books that have changed you?

4 thoughts on “The Books That Changed My Life”