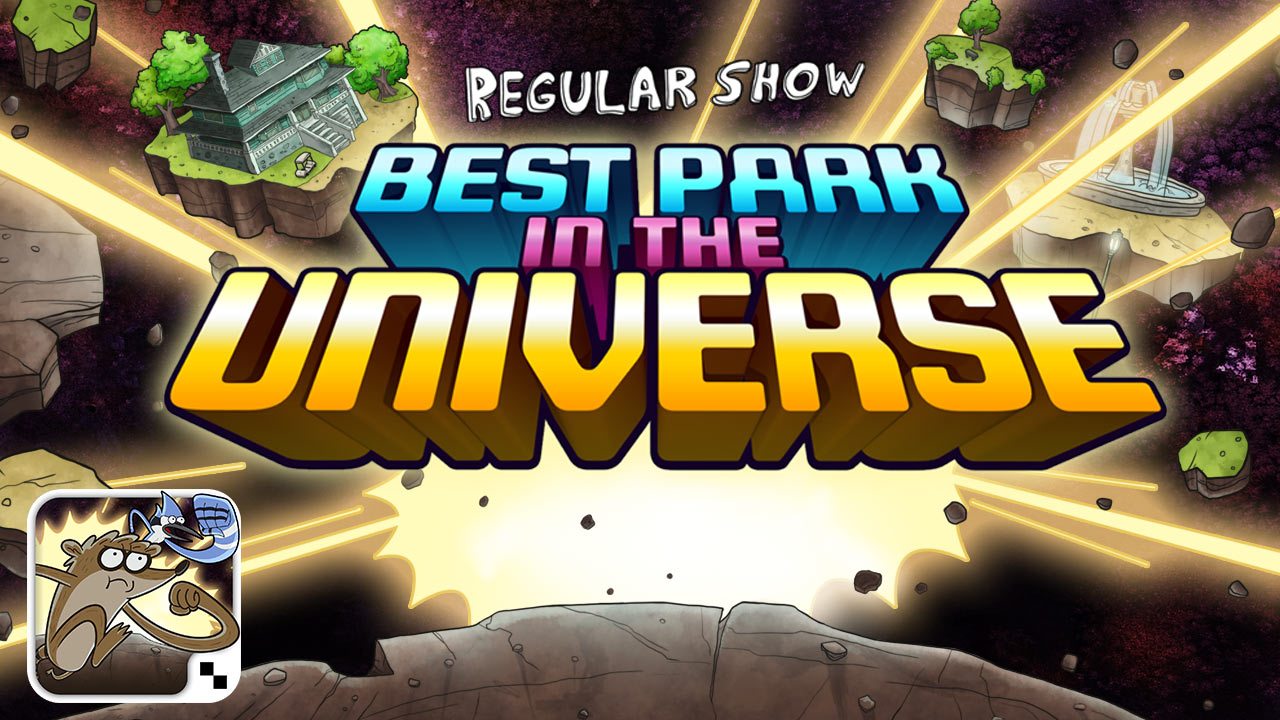 As an avid handheld gamer, I’m always a little skeptical when folks say that phone and tablet gaming is destroying the dedicated portable marketplace. For me the iPhone is mostly about low impact time-wasters while I wait in line at the DMV, while I generally see my 3DS as the device that tells big stories on the small screen(s). Still, once in a while an iOS title grabs me that truly feels less like empty entertainment calories and more like a genuine gameplay experience.

The latest to do this is Best Park in the Universe, an engaging brawler built on Cartoon Network’s phenomenal Regular Show property. As protagonists Mordecai and Rigby, you’ll fight retro aliens, zombies and park ranger gorillas in a mad dash to save their beloved park from certain doom before Benson, the rage filled gumball machine that is their boss, returns. Along the way you’ll master combos and unlock new attacks with which to pummel your enemies by collecting that age old gaming staple XP. As you level up you acquire skill points that can be invested in any number of divergent attacks or stat buffs available within either character’s skill tree, and since both Mordecai and Rigby level independently you’ll want to switch out your fighter regularly to maximize efficiency. 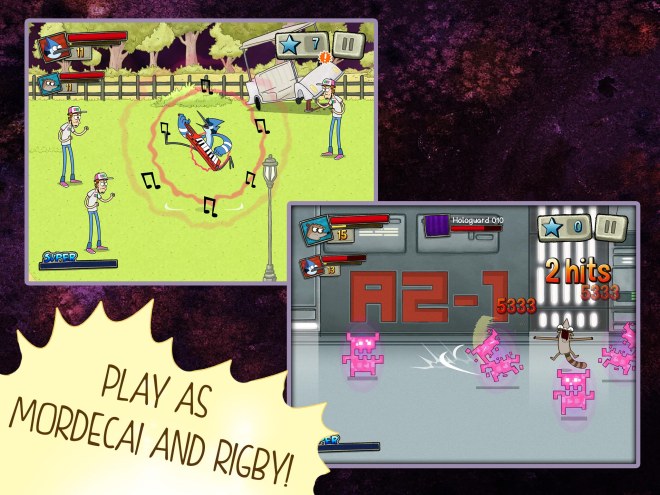 In the spirit of River City Ransom, Double Dragon and Streets of Rage, Best Park in the Universe delights in tossing wave after wave of enemies at you, but its rudimentary RPG-style leveling system actually demands that you do more than simply swipe madly at the screen to attack. (Although, honestly, you can get surprisingly far just doing that!) Defeated enemies drop loot to restore HP or boost experience, but these items disappear quickly. Often you’re left with the choice of either continuing to chain together a combo, or breaking off your attack to grab the goods.

With 15 levels spread across three different worlds, Best Park in the Universe is a lengthy enough title to warrant its $2.99 price tag, and while it controls solidly on the iPhone the iPad experience does away with the occasional annoyance of accidentally switching characters mid-combo or unintentionally pausing while trying to access the upgrade menu. Boss battles are gloriously old school—meaning they sometimes feel so overpowered that you’re liable to get hit with a cheap shot—but these patterned attacks are perfectly designed to play into the game’s pervasive stick-and-move mechanic. 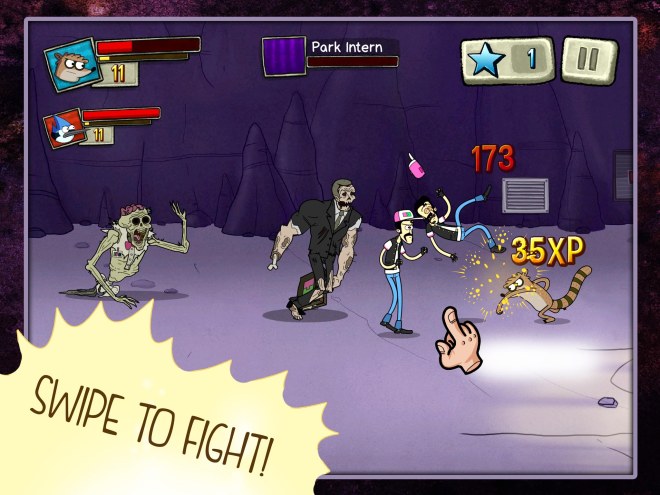 Moreover, the peculiar charm of the Regular Show universe shines through, making this an equally enjoyable experience for series fans as well as beat-em-up aficionados. The controls are intuitive to the point where I achieved several massive Batman: Arkham Asylum-style combos before I’d even completely grasped the importance of the different kinds of screen swipes (single vs. double vs. down), and the experience system awards thoroughness and exploration without quickly making you resort to simple level-grinding.

In short, though their city park may never truly be the best in the universe, this game will likely be among the most enjoyable on your iPhone. 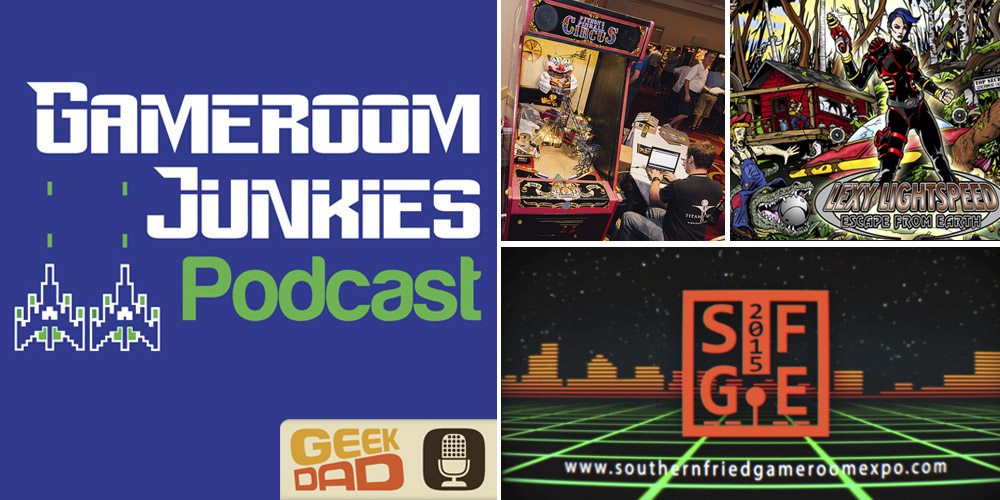 Gameroom Junkies #54: The Challenge of Coding and Creating Custom Games 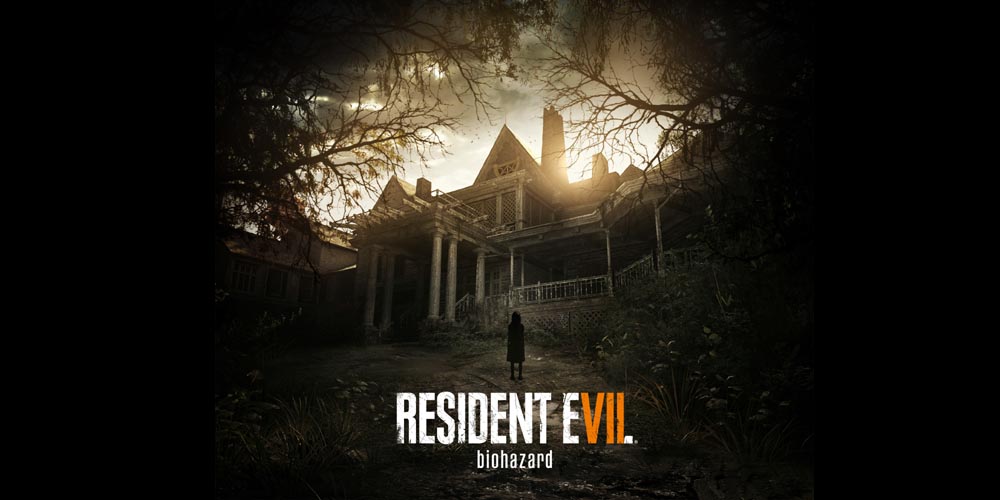