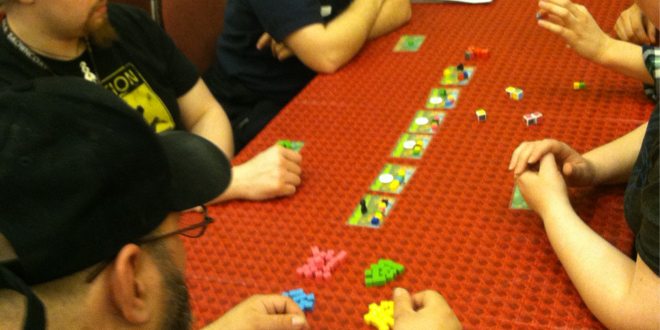 If you happen to know a tabletop game designer or two, you know exactly what happens when you get together with them socially: out comes the latest and greatest prototype. Game designers need one thing more than anything else in the world for their ideas—play-tests. Often a game written on paper or imagined in the designer’s head has little to no relationship to the actual play experience in the real world. The only way for designers to find the holes and cheats in a brand new game is to have it played again and again. Of course this requires a constant supply of victims—err, happy play-testers—to sort through the half-finished game and find the gem underneath.

Enter GameStorm, a gaming convention near Portland, Oregon, which this year featured 1,200 eager game enthusiasts, many of whom were more than willing to sit down and give a designer a little of their time. In 2008 Protospiel, a game designers convention, held its meeting in conjunction with GameStorm. The problem for game designers was that they had to play nine hours of someone else’s half-finished game before they got to play-test their own once. This didn’t lend itself to being a very efficient means for getting the feedback that the designers needed.

That was when designer KC Humphrey looked around the room and realized that the solution to the problem was sitting at tables all around him. In 2009 Game Lab was incorporated as part of the GameStorm convention. That year they ran 28 play-tests for a couple of game designers. As word spread the popularity of Game Lab has grown. In 2013, the fifth year of Game Lab they ran 113 play-tests on 61 different titles for around 40 different designers. 529 players were included in those tests. 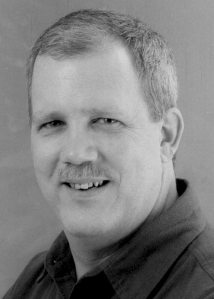 While Game Lab’s central contribution to GameStorm is certainly its play-testing, it has also expanded to consulting with new designers as well as participating in the seminar and educational component of GameStorm. In 2012, Humphrey and a group of designers looked over a rabbit exploration game which Jonathan Liu and I had co-written, loosely based upon the book Watership Down. Both the play testing and the feedback dramatically improved the game, which is now in the beginning stages of publication.

Game Lab has already helped several published games. Steve Ellis play tested his Railways of the World card game through Game Lab and debuted his recent expansion in Game Lab. Game Lab also play-tested Incan Gold at an associated GameStorm game day during the year. More games, including my own, are in the pipeline.

After five years, Humphrey feels that Game Lab are finally has enough momentum to begin organizing beyond the GameStorm convention. Humphrey wants to take it slow.

We’ll probably start a Web site or online group site to help our designers gather…. Next year sign ups [for Game Lab] will open earlier and we’ll be easier to find for questions. For next GameStorm we’ve been invited to open more tables and have more staff and budget.

Humphrey says that he has also been invited to participate in other gaming conventions but only at Game Lab’s own expense. With no full time staff and no budget as an organization this hasn’t yet been possible, but he would definitely like to see Game Lab helping designers at other conventions. Anyone interested in talking with him about opportunities or how to start their own Game Lab can contact him through the email address gamelab@gamestorm.org. 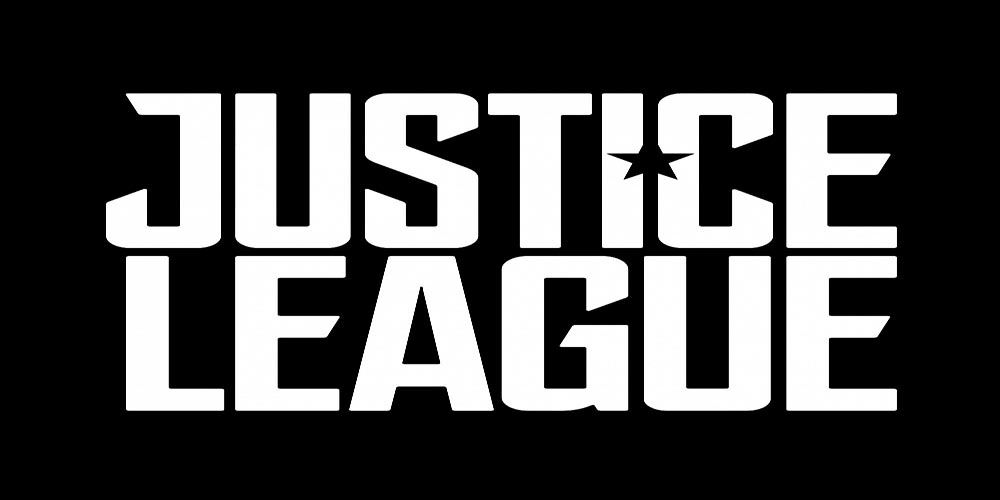