Use the Force, Luke, and your 1-in-5946 chance may improve! Image: Flickr/SamHowzit

Get ready for some serious puzzling. Basically this week’s puzzle asked you to calculate the probability of success of Luke’s shot at the Death Star exhaust port. First he had to survive the surface run. Then he had to survive long enough in the trench with Vader on his tail to get off a clean shot. Then he had to pull the trigger within the very short time that a photon torpedo would enter the exhaust port instead of simply exploding on the surface — i.e. Luke once he was in position, Luke had to bullseye the womp rat (which sounds a bit like an euphemism you might use with your significant other when the kids are listening).

In any case, Andy and independently Blaine and Felicia sent spectacular and correct answers to this important conundrum: From the time Luke found himself in the sky around the Death Star, he had a 0.0168% or a 1-in-5946 chance of success.

Okay, so let’s break this down into three components:

Then, the overall probability of success is simply P_s * P_t * P_h.

Now let’s figure out what the values for each of those components are.

P_s is easy, because it was given to us.

P_t is determined by an exponential decay function:

P_t = P_0 * e(-kt)
where:
P_0 = the probability of surviving until the start of the trench run = 1 (because P_t is already conditioned on surviving the surface run)
k = the decay constant = 1.15 (given)
t = time (in minutes) that Luke has to survive in the trench
Of course, now we need to calculate t:

C = circumference of the midhemisphere trench (in km)

r = radius of the midhemisphere trench (in km)

As illustrated in the above picture, because the Death Star has a radius of 80 km, r is given by:

So, assuming Luke makes it to the start of the trench, he has around a 5.4% chance of making it to the end.

Finally, let’s figure out the likelihood of Luke’s shot hitting the target:

We can calculate t_p using the following equation:
t_p = l_p / s
where:

So. assuming Luke survives long enough to get a shot off, he has a little better than 3% chance of hitting the port.

Putting this all together, the overall probability that Luke makes it to the trench, survives the trench run, and manages to hit the exhaust port (starting a chain reaction that should destroy the station), is given by:

Luke has around 0.0168% chance of success, a little better than your chances of flipping 13 heads in a row with a fair coin. So, unlikely, but nowhere near winning-the-lottery-unlikely.

The second part of the puzzle asked entrants to pontificate about the role of the Force in guiding Luke’s shot. Again, I defer to Andy:

Now then, we have to consider what effect the influence of the Force would have on his chances of success. I would argue that the Force does not preordain that Luke should succeed. The Force does not care whether Luke succeeds or fails. It is simply an energy field that surrounds and permeates all living things. However, it does significantly improve Luke’s awareness of his surroundings and his reaction time, and therefore his likelihood of success in each of the three stages listed above. As seen in the prequels, Jedis have little difficulty surviving barrages of blaster fire in the midst of heated battles. They are able to dodge, deflect, and even redirect incoming shots to hit their opponents. It is difficult to estimate the reaction time necessary to accomplish these feats, but according to the analysis on this page, blaster shots travel around 78 mph, which is why even non-Jedis are often able to dodge them. 78 mph is a reasonable speed for a major league curveball, which gives us a good frame of reference. A reasonably skilled professional baseball player would have a chance of hitting a curveball, but it is not a certainty, and no normal human could hit a curveball into a human sized target while simultaneously dodging 10 or so other curveballs. Let’s estimate that in order to regularly be able to pull off those kinds of stunts, a Jedi would need to be able to react around 20 times faster than a normal human. (This clearly involves a bit of hand waving, but say 10x for the number of incoming shots involved, with an additional 2x for the difficulty of deflecting the shot back into a foe.) Of course, Luke is not a full Jedi – so let’s say that the Force only makes him 10x faster/more aware of his surroundings than an average human.

A 10x reaction speed translates directly into a 10x likelihood of firing his shot at the right time, which raises P_h to around 31.2%. Let’s say it also reduces his chance of being hit on the surface run by 10x, so instead of a 90% chance of failure, he has a 9% chance, or in other words, a 91% chance of success. The trench run is a little trickier, because there is so much less room to maneuver, so let’s say his chance of failure is only cut by 5x, from around 95% to around 19%, giving him an 81% chance of success (ignoring the Captain Solo effect). Putting this all together, with the influence of the Force, Luke has around a 22.7% chance of success, around 1350x what his chances are without the Force. Not bad for a hokey religion!

And the winner of this week’s puzzle and the $50 ThinkGeek gift certificate is, of course, Andy. Congratulations! Don’t forget to tune in Monday for another installment of POTW! 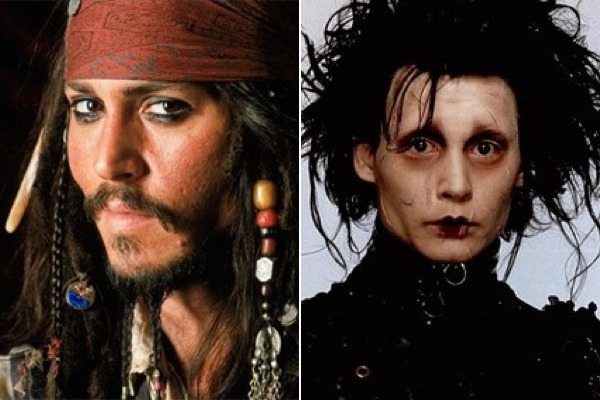