For years, Nintendo has been home to the king of karting games, those fantastical pick-up-and-play, throw-obstacles-at-your-competition racers. It’s a tightly contested argument, but Diddy Kong Racing or Super Mario Kart usually head any list of top karting games … that is, until now.

Today, Codemasters Racing, the company that has brought players some of the finest racing games available, is introducing a new karting game called F1 Race Stars. Unlike Codemasters’ frustratingly realistic (yet, still magnificent) title, F1 2012, F1 Race Stars is easily accessible to the whole family. It’s a comical, mischievous race on courses throughout the world and, above all else, it is wonderfully good family fun.

Formula One is the most popular racing series in the world and, if you’ve not watched before, this is a good week to get interested. For the first time in five years, the high-revving, traveling circus that is called Formula One is returning to America. The drivers of F1 have a global following and the teams cost millions of dollars to run, but all you need is a controller and a console.

All 24 current drivers and each of the 12 teams in the FIA World Championship are represented in the game, with two additional fictional teams, which offer a few women drivers as options for game play. Some of the drivers are pretty amusing. Reigning world champion, Sebastian Vettel, in his German accent shouts out “auf Wiedersehen” as he passes his competition.

Mark Webber goes on in his friendly Australian way as do some of the others, inflecting their individual nationalities. However, Kimi Raikkonen is surprisingly outgoing and chipper. I wasn’t expecting “Leave me alone, I know what I’m doing,” but a seemingly bored and monotone Iceman might’ve been the funniest part of the game.

Driver choice isn’t imperative – it’s as easy to win with Charles Pic as it is Lewis Hamilton – but the team you choose dictates what wild card power-up you’ll gain on track. There are huge heat-seeking or bouncing traps and others that act as mines. Each will momentarily slow a car and allow the competition to catch up.

Others give you boost or temporarily turn your car into a soda bottle that has been shaken up, propelling you forward, as if Eepybird had invaded the paddock. Still others cause your opponents to glitch or causes a miniature rainstorm just above a competitor’s car, losing grip and slowing him down. My favorite is the safety car, which slows down the pack and regroups everyone before disappearing.

The courses are comical and play on national stereotypes – on the American track, tractors crisscross your path before a Truckasaurus type creature blocks your path to a football stadium. In Brazil, you have to dodge the floats of Carnival before heading out into the jungle. Still, many of the famous corners of F1′s most storied circuits make their presence known in these fictional tracks.

Racing through Belgium, you round a corner and the long sweeping right hander, known better as Eau Rouge, is right there. Early in the Italian track, a very long, tight radius that resembles the Parabolica follows an all-too-familiar first turn complex. However, in F1 Race Stars, these famed curves give way to a roller coaster-like fantasy of loops, turns and straights that reach the clouds. Multiplayer supports up to twelve racers online or four locally in a variety of race modes. There are eight race types in all, which can be challenged by individual drivers or by teams. If you’ve played any number of racing games, most modes will be familiar. There’s a straight-up race, elimination, and a similar “refuel” race that requires drivers to pick up fuel on the track to keep going.

Among others, Pole Position rewards the driver who stays in front the longest and Sector Snatch gives points to the driver or team that win the most race sectors. Whether racing online or offline, players have the choice of individual races on one of the eleven tracks or participating in one of 30 different championships, which are combinations of races. Either choice can be completed in one of three classes: 1000, 2000, or 3000cc, effectively difficulty levels.

In one way, the game is more like NASCAR than Formula One because you can spend half of the race at the back of the pack and still come back and reach the checkered flag first. But no matter, F1 Race Stars is wonderfully, fantastic, and silly fun. It hasn’t left our console since we stuck it in and each night, after all the homework is done, we take turns challenging each other to race after race. You can still debate whether Diddy Kong or Super Mario Kart is the best karting game, but with F1 Race Stars, there is finally some good competition for the top step of the podium. 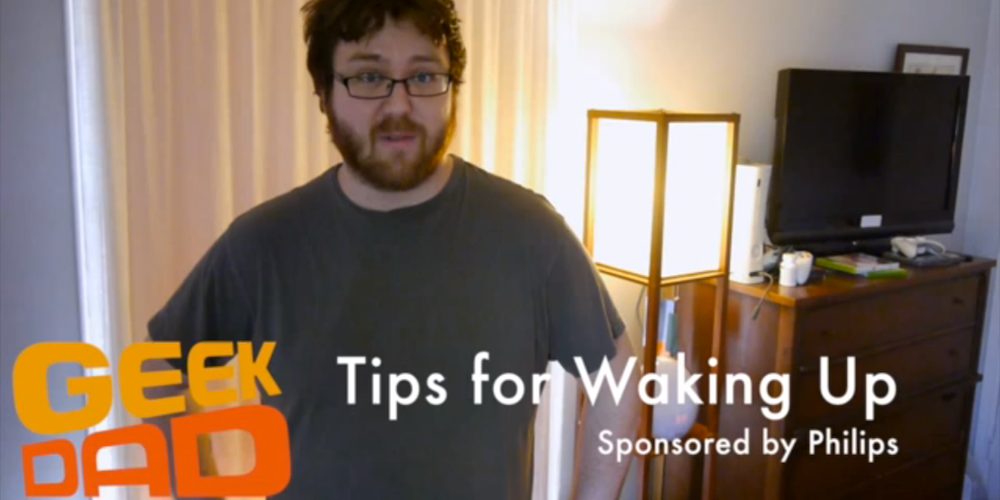 8 Tricks for Getting Out of Bed in the Morning