Kickstarter has been a boon to creators seeking to do their own projects rather than bringing them to one of the main publishers. Among my recent favorite comics have been Gail Simone and Jim Califiore’s Leaveing Megalopolis, Jamal Ingle’s Molly Danger, and Monstrology, An Anthology of Monsters. Two of those three projects are fully funded, while Monstrology is close. There are a few days left on that campaign, so if monsters are your thing, check it out.

One other project I’m really excited about is Dominion’s Light by Brandon Easton, a fantasy story by the author of Shadowlaw, a comic story I loved earlier this year. Dominion’s Light is set in a world where their version of the Bible can unlock the secrets of time, space, energy and matter. Everyone wants that book, not all for the same reasons, and the quest to obtain it pulls in all the main characters, heroes and villains alike. It’s a big fantasy epic with a touch of dystopian future to it. Given how well Easton handled the complicated concepts in Shadowlaw while still providing memorable characters, I’m very eager to read this story. Unfortunately, with only a couple of weeks to go, it’s not near full funding yet. Items available to backers of the Kickstarter include a PDF of Shadowlaw for $10 to print copies of Shadowlaw for $75, the two planned Dominion’s Light novels, two promotional prints and a Dominion’s Light t-shirt.

I talked to Easton last week to learn a bit more about the project to see what he has planned for the tale.

GeekDad: Tell us a little bit about the story.

Easton: The story of Dominion’s Light centers around three characters (Reso, Khyshia and Hammerius Rex) that are thrust together because of personal tragedies that separate them from their homes and families.

Once together, they realize that they have to stop a mighty warrior-sorcerer named Lord Valgon from tracking down the Key Ultima – the only device in their world that can unlock the secrets of the Cyclean Bible. The Bible enables the user to manipulate the threads of space, time, energy and matter.

Ultimately, it is a journey of personal discovery for everyone, even the villains. Each person has a different reason for wanting the Cyclean Bible. Some want it for the ultimate power, some want it to fix their personal lives, and others want it in order to go back in time to create a perfect world free of pain and suffering. The themes of selfishness vs. sacrifice will ring clearly throughout the story. GeekDad: What are your influences?

Easton: In the Kickstarter video, I show that I was influenced heavily by the landmark Anime film Akira, the Warhammer series, the groundbreaking video game Final Fantasy VII and – more recently – Game of Thrones.

I actually developed the concept back in 1998 but the story you see here is very different from my original idea. My first storyline dealt with the collapse of an ancient empire and how the survivors of that empire must cope with the new order.

While that might sound cool to some people, the execution of that concept wasn’t very clear. I had too many characters and was shooting higher than my skill level was at the time. I tried to write a series of short stories with detailed illustrations, but again, it didn’t really come together as I hoped.

I also was influenced by the lack of characters of color in the fantasy genre – although this is more of a hybrid sci-fi/fantasy world, you rarely see Blacks, Asians, Latinos or Native Americans portrayed with any grace or dignity. Often, you’ll get literary analogs to various cultures with Dark Elves, Orcs and “bandits” replacing actual people of color. What’s disturbing is that these characters are thinly veiled stereotypes and I wanted to remedy that in no small part.

GeekDad: What style of art will the novel use?

Easton: My artist is heavily influenced by various comic book artists and graphic designers. I wanted a certain kind of “heavy duty” aesthetic for the series. And since the pitch for this world is Lord of the Rings meets Blade Runner, I have been referencing a variety of visual sources like architecture magazines, old film storyboards, art books, famous paintings and even old vinyl album covers for inspiration.

Readers are going to be in for a treat.

Easton: If we get everything together on time, we should have the first 96-page book by early 2013. Around March or April. I would hope to have the second book done by August and then the hardcover by September of 2013. 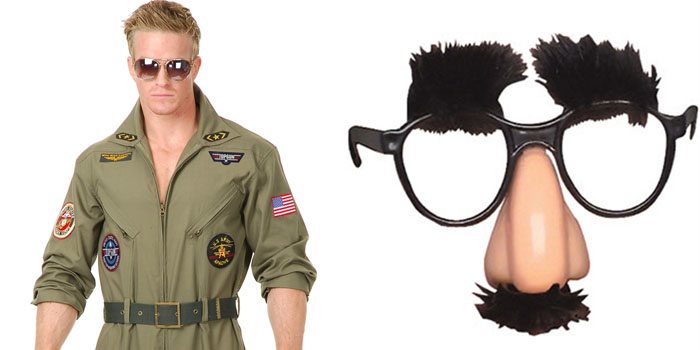